© Provided by The Guardian Photograph: Jenny Evans/Getty Images The Australian Competition and Consumer Commission has proposed a possible federal takeover of the water markets in the Murray-Darling Basin, licensing of water brokers and new robust rules and oversight in order to ensure the $1.5bn water market operates fairly. But […]

The Australian Competition and Consumer Commission has proposed a possible federal takeover of the water markets in the Murray-Darling Basin, licensing of water brokers and new robust rules and oversight in order to ensure the $1.5bn water market operates fairly.

But the report, which delivers a scathing assessment of how the markets are operating, does not support a return to the old system that existed before the Murray Darling Basin plan, where water entitlements were tied to land.

It argues that a return to the old system, which has been advocated by some farmers, would result in the loss of significant benefits that come from water trading, including more efficient use of water and allowing farmers to manage their water needs, trade water and free up capital.

© Photograph: Jenny Evans/Getty Images
The Darling river at Louth, NSW. The Australian Competition and Consumer Commission has found the water markets in the Murray-Darling Basin have outgrown their current regulatory system run by the states and need robust new rules.

The ACCC found the water market had outgrownthe current patchwork system run by the states, there was virtually no regulatory oversight and that this gave rise to the potential for conflicts of interest and market manipulation.

The ACCC was asked to review water markets after complaints by farmers, particularly among dairy farmers and southern irrigators, that large companies were buying up water rights for speculation and were manipulating the market.

ACCC deputy chair Mick Keogh said: “In basic terms, there is overly fragmented or complex regulation in some areas, not enough regulation in others, and a concerning lack of regulatory oversight and robust enforcement in important areas.

“This has led to a lack of trust in the markets among many water users and has undoubtedly reduced the benefits generated by those markets.

“These problems exacerbate distrust when water is scarce or when demand is increasing. They make a difficult situation worse.”

Keogh said that to make real and lasting improvements, there needed to be a rethink on how these water markets were governed.

The ACCC found the integrity of water markets needed improving, with insufficient regulatory oversight of some market participants, including brokers and investors.

Unlike the stock market, where regulators oversee market participants and trades and have clear rules about disclosing market-sensitive information, water brokers, exchange platforms and other intermediaries have no industry-specific regulation.

This meant that brokers’ roles were often unclear and their interests could diverge from those of their clients, the ACCC found.

“There are very few rules to prevent market manipulation or similar conduct, and no regulator charged with monitoring trading behaviour in water markets,” Keogh said.

“Potential responses include a licensing scheme operated at the federal or basin state level for brokers and other intermediaries, or extending the financial regulation framework to all water products.”

The ACCC said that appointing a single regulator to oversee trade in basin markets – similar to arrangements in place in the financial services or energy markets – could also help address these issues.

One of the biggest problems identified was a lack of transparency.

“Different record-keeping by different states and trade processes mean participants cannot get a full, timely or accurate picture of water trading, and the same information is not available to all water market participants,” the ACCC said.

“Information crucial to the business decision-making of irrigators and traders, such as allocation policies and river operations policy, is not always well communicated or easy for users to access.”

The ACCC also found that the trading rules did not reflect the true physical characteristics of the river system, which could affect the ability to manage the river system and deliver environmental outcomes.

“The rules and operational frameworks that manage the trade and delivery of water may not always reflect the physical realities of the river system, particularly in the southern basin,” the ACCC said.

For example, there is growing concern about the damage being done to the Murray river at the Barmah Choke, a narrow section of the river, because of the expansion of permanent plantings or almonds downstream and the associated purchases of water to irrigate them.

This is permitted under water trading rules, but there appears to be little recognition of the physical constraints of delivering water.

The ACCC says delivery risk, conveyance loss and storage limitations need to be properly reflected in trade rules and that where limitations exist, mechanisms are needed to efficiently manage these.

“It is clear that the Basin’s markets need decisive and comprehensive reform,” Mr Keogh said.

The treasurer, Josh Frydenberg and federal water minister, Keith Pitt, welcomed the interim report but gave no hint about whether they supported a federal takeover of the management of the water market.

The ACCC is now inviting feedback on the preliminary conclusions and options outlined in this report before handing a final report to the Treasurer by 30 November.

Mon Aug 3 , 2020
U.S. GDP plummeted by 32.9 percent in the second quarter of this year, but disposable personal incomes were up by 42.1 percent. That is thanks to an unprecedented level of government spending to keep the economy afloat. Since the coronavirus pandemic triggered mass layoffs and furloughs and shuttered businesses in […] 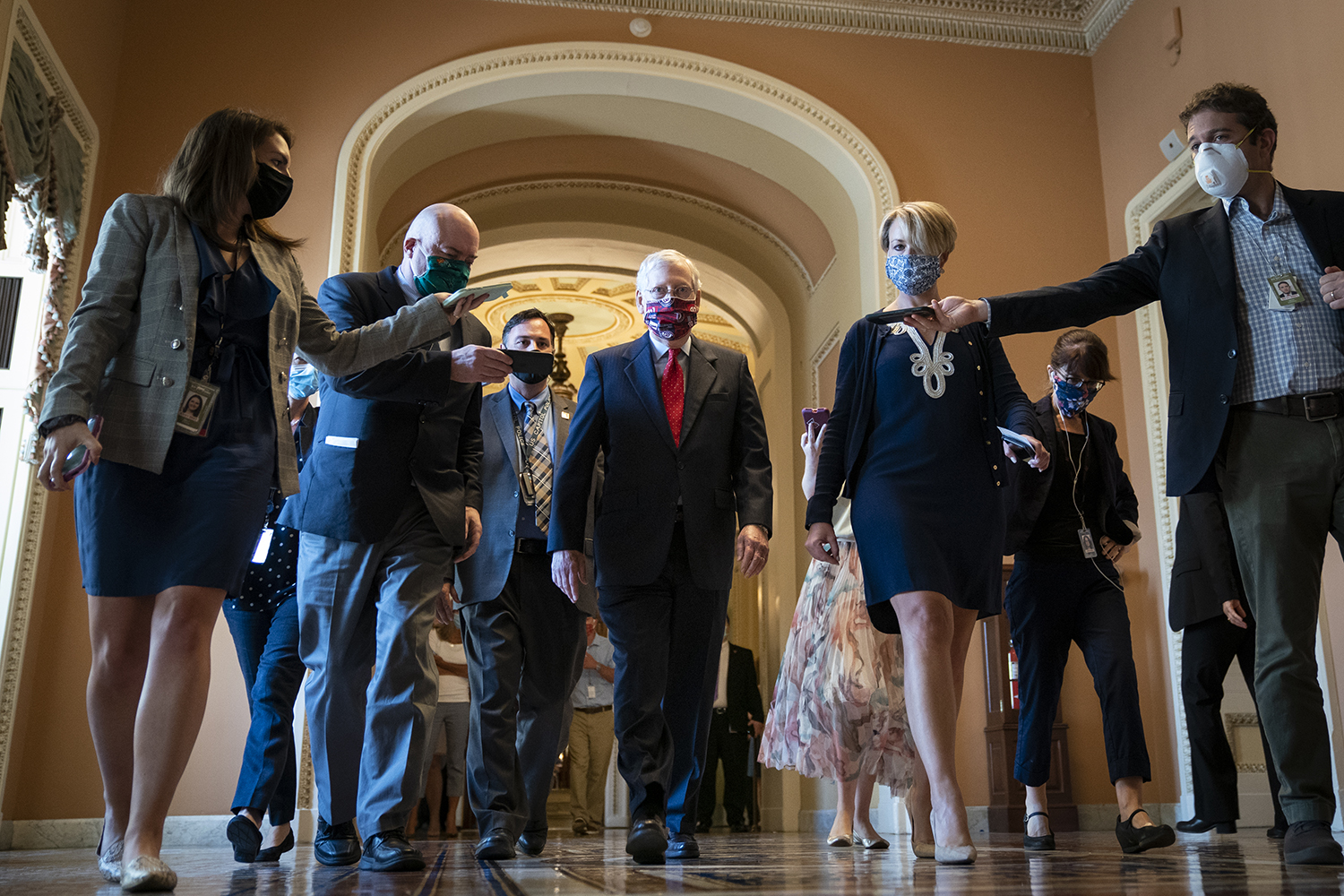