FRANKFURT, Germany (AP) — Croatia and Bulgaria took a big step toward joining the shared euro currency Friday, underlining the currency bloc’s attraction despite its 2010-2015 debt crisis and the continuing debate about how to strengthen it against possible future trouble. © Provided by Associated Press FILE — In this […]

FRANKFURT, Germany (AP) — Croatia and Bulgaria took a big step toward joining the shared euro currency Friday, underlining the currency bloc’s attraction despite its 2010-2015 debt crisis and the continuing debate about how to strengthen it against possible future trouble.

© Provided by Associated Press
FILE — In this Thursday, March 12, 2020 file photo the President of European Central Bank Christine Lagarde looks up prior to a press conference following a meeting of the ECB governing council in Frankfurt, Germany. The European Central Bank has boosted its pandemic emergency support program by 600 billion euros to 1.35 trillion euros ($1.5 trillion) in an effort to keep affordable credit flowing to the economy during the steep downturn caused by the virus outbreak. (AP Photo/Michael Probst, file)


Finance ministers of the 19 current euro nations and European Central Bank President Christine Lagarde agreed to admit the two European Union members to the waiting room for the euro, known in European Union jargon as the exchange rate mechanism II.

Before an EU member state can join the euro, its currency has to remain in a fluctuation band of 15% plus or minus against the euro for a minimum of two years.

Bulgaria, which joined the EU in 2007, has already pegged its currency to the euro. Croatia, an EU member since 2013, has engaged in a so-called managed float, in which its central bank intervenes in currency markets to prevent excessive swings against the euro.

The agreement to admit the Bulgarian lev and the Croatian kuna to the ERM II was based on “firm commitments” by both countries to pursue sustainable economic convergence before the earliest date of entry, the European Central Bank said in a news release.

The two candidate countries have also agreed to implemented anti-money laundering measures, business insolvency regulations and a measure on the running of state-owned enterprises that they announced when they started the accession process. The two countries have had to keep inflation, deficits and government debt under control as well.

“The euro is part of our shared identity and a tangible connection between 340 million people across Europe,” Lagarde said. “Bulgaria and Croatia have today taken a big step on the path towards joining the euro area, I congratulate them and welcome their continued policy efforts .”

The ECB, the central bank for the euro, said Bulgaria “will also continue implementing the extensive reforms carried out in the judiciary and in the fight against corruption and organized crime” in light of their importance for the stability and the integrity of the financial system.

The willingness to join comes despite the 2010-2015 debt crisis in which the euro zone members and the International Monetary Fund had to bail out Greece, Ireland, Portugal, Cyprus and, through its banks, Spain. The bailout loans came with painful conditions to restrain government spending.

Euro zone members have since engaged in a drawn-out debate about how to strengthen the currency union and prevent another such crisis.

They have taken several concrete steps such as setting up a standing bailout fund and EU-level banking supervision, and the European Central Bank has added a backstop that would enable it to support countries facing excessive market borrowing costs.

The countries also are working on setting up a central recovery fund to help their shared economy rebound from the deep recession caused by the coronavirus outbreak.

The last nation to join the euro was Lithuania in 2015. Denmark, a longtime ERM II member that has not joined the euro, also took part in Friday’s decision. The euro was launched with 11 founding members in 1999, and 19 of the EU’s 27 member nations now use the currency.

If the Big Five Falter, the Rest of the Stock Market Could Be Deep-Sixed

Sat Jul 25 , 2020
Text size Amazon.com is among the five stocks that have lifted the S&P 500 to within 5% of its record set last February Elif Ozturk/Anadolu Agency via Getty Images “If something cannot go on forever, it will stop.” So states Stein’s law, promulgated by the chairman of President Richard Nixon’s […] 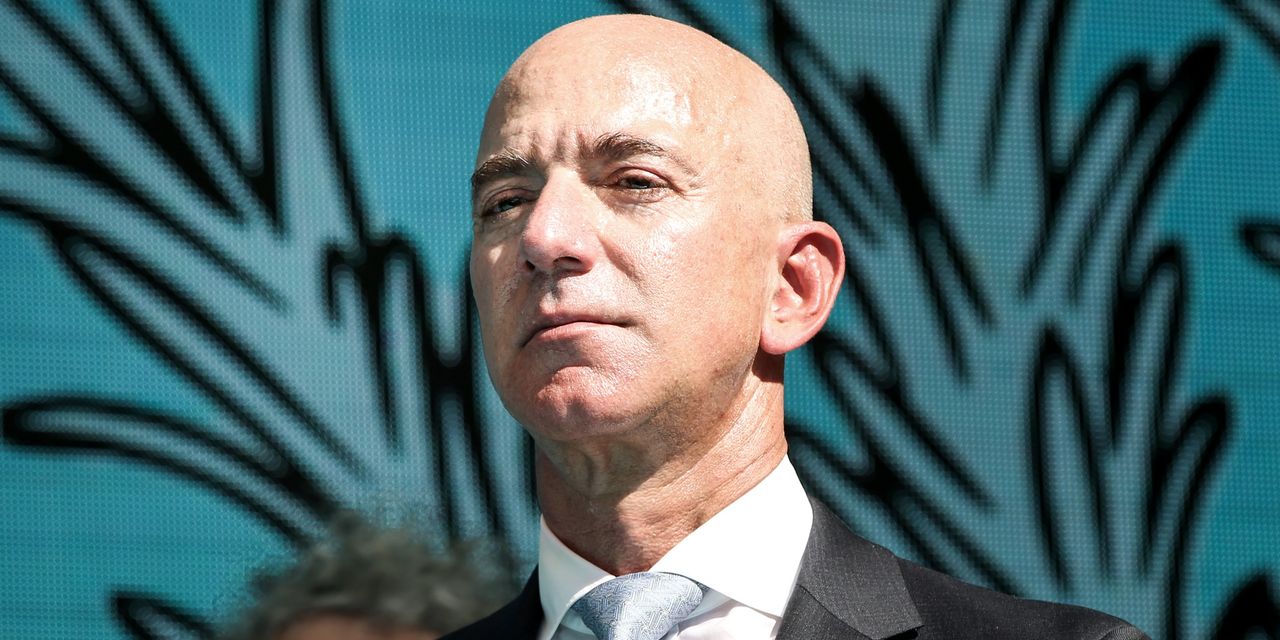