On July 16, 2020, the State Department’s Commission on Unalienable Rights released its first draft report to the general public. The report emphasizes the interplay among freedom, democracy, and human rights, and concludes that the promotion of “social and economic rights are essential to a comprehensive foreign policy.”REF The prohibition […]

On July 16, 2020, the State Department’s Commission on Unalienable Rights released its first draft report to the general public. The report emphasizes the interplay among freedom, democracy, and human rights, and concludes that the promotion of “social and economic rights are essential to a comprehensive foreign policy.”REF

In its draft report, the commission talks at some length about the different characteristics of civil and political rights, which are typically enunciated as actions that the government may not take, and economic, social, and cultural rights, which typically require government action but may be limited by resource constraints or cultural factors.

One can compare, for example, the straightforward prohibition in the Bill of Rights that “Congress shall make no law…abridging the freedom of speech,” as pure an expression of a civil and political right as one can find, with the carefully caveated declaration in the International Covenant on Economic, Social and Cultural Rights that

Each State Party to the present Covenant undertakes to take steps, individually and through international assistance and co-operation, especially economic and technical, to the maximum of its available resources, with a view to achieving progressively the full realization of the rights recognized in the present Covenant by all appropriate means, including particularly the adoption of legislative measures.REF

The prohibition of government infringement of civil and political rights is near absolute. Economic, social, and cultural rights, by contrast, are typically aspirational rights dependent on government policy choices regarding the distribution of resources.

Still, governments around the world have committed themselves to both, going so far as to declare that all human rights are “universal, indivisible and interdependent and interrelated.” Fortunately, there is one principled approach that can bridge the gap between these two very different categories of human rights. That is the promotion not of economic, social, and cultural rights per se, but policies that ensure the economic freedom of individuals, which reinforces people’s unalienable human rights and promotes development at the same time.

Economic freedom, in and of itself, is a so-called negative human right, similar in that respect to many traditional civil and political rights. It is about an individual’s basic right to work, produce, save, and ultimately live his life in dignity without the state’s intimidation and infringement. It is effectively realized, like most civil and political rights, to the extent that government refrains from actions that would restrict it.

Economic freedom is a part of human liberty that is concerned with the autonomy of the individual in relation to the government and other organized groups. As Friedrich Hayek once observed, “To be controlled in our economic pursuits means to be controlled in everything.” Hayek’s observation on economic freedom is based on the truth that each person is a free and responsible being with an unalienable dignity and fundamental human rights that should come first in any political system.

Essentially, economic freedom is about ensuring human rights by empowering people. Strengthening and expanding it guarantees an individual’s natural right to achieve her goals and then own the value of what she creates. People crave liberation from poverty, and they hunger for the dignity of free will. By reducing barriers to these fundamental human rights, the forces of economic freedom create a framework in which people fulfill their dreams of success.

There is an additional dimension to the relationship between economic freedom and overall well-being that is equally important. Societies based on greater economic freedom are the ones in which social progress in health, education, and environmental protection is most notable. Advancing economic freedom is really about putting in place policies that create a fair market for labor, goods, and ideas. No other organizing principle comes close in terms of unleashing creativity and promoting opportunity so as to beneﬁt the greatest possible number of individuals rather than a select few.

The report by the Commission on Unalienable Rights makes it clear that “the core notion of individual freedom, that no person is born subordinate to or ruler over another, and the central idea of democracy, that political power ultimately resides in the people, are themselves reflections of the rights inherent in all persons.” As a vital component of human dignity, autonomy, and personal empowerment, undeniably, liberty is valuable as an end unto itself.

Pursuit of greater economic freedom is thus an important stepping stone to democracy. It is a philosophy that encourages individual initiative and disperses economic power and decision-making throughout an economy.

Freedom: A Moral and Liberating Force

Economic freedom is the ethical, effective alternative to coercive collectivism. In marked contrast to Marxist-Leninist ideology that often rejects and suppresses “unalienable human rights” systematically, individuals in a free market democracy control the fruits of their own labor and initiative. They are empowered and entitled to pursue their dreams by means of their own free choice.

The cause of freedom has swept the world over the past century. As the 21st century progresses, however, freedom’s champions must confront both the dark ideology of extremists and those who would restore the failed socialist models of the past.

Remarking on the report by the Commission on Unalienable Rights, Secretary of State Mike Pompeo pointed out that,

[I]t is clear that unalienable rights are central to who we are as Americans. But here’s where I come in as Secretary of State. They have to underpin our foreign policy…. If we truly believe—if we truly believe that rights are unalienable, inviolate, enduring, indeed, universal, just as the founders did, then defending them ought to be the bedrock of our every diplomatic endeavor.REF

The United States has been and must remain the strongest advocate for freedom, human rights, and democratic values. To that end, the Administration and Congress should:

The best way to promote human rights as we understand them…is through a properly balanced political system that ensures equal justice and limits the state’s role to only what is necessary to secure our rights. It is by standing up for victims whose natural rights are violated around the world and assisting them when we can, and by pointing out other states’ failings to live up to their treaty commitments. It is by remaining the beacon of liberty for people everywhere.REF

Indeed, the extent of America’s commitment to human rights will remain the standard by which Americans, and societies everywhere, are ultimately judged. In promoting human rights around the world, America has a strong advantage, given that its system, more than most, is identified with respect for the economic freedom of individuals. In promoting that idea, the U.S. reinforces the unalienable rights inherent in each person, and at the same time points others toward the most promising pathway to economic development and the realization of aspirations for a better life.

Ambassador Terry Miller is Director of the Center for International Trade and Economics (CITE) and Mark A. Kolokotrones Fellow in Economic Freedom, of the Kathryn and Shelby Cullom Davis Institute for National Security and Foreign Policy, at The Heritage Foundation. Anthony B. Kim is Research Manager and Editor of the Index of Economic Freedom in CITE.

Mon Aug 31 , 2020
(Reuters) – Berkshire Hathaway Inc said it has acquired slightly more than 5% of the shares in five large Japanese companies, marking a departure for Chairman Warren Buffett as he looks outside the United States to bolster his conglomerate. In a statement on Sunday, Buffett’s 90th birthday, Berkshire said it […] 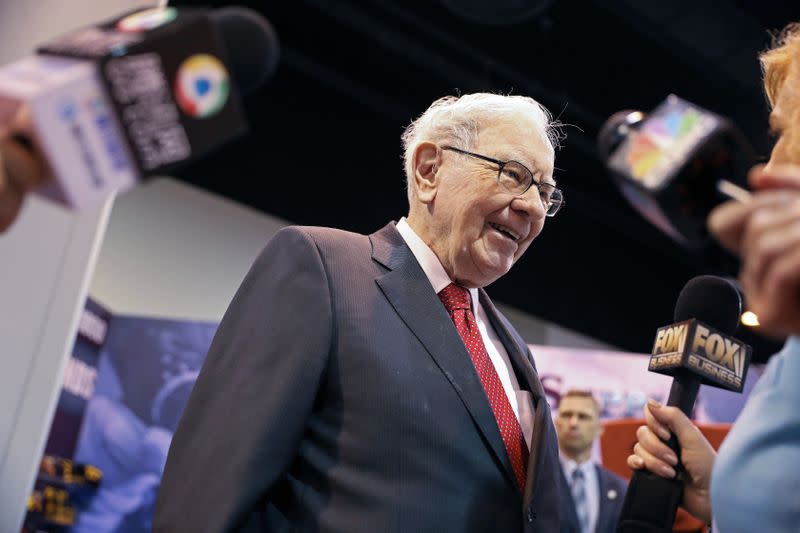