“The personal is political” was a frequently-heard feminist rallying cry, especially during the late 1960s and 1970s. The exact origin of the phrase is unknown and sometimes debated. Many second-wave feminists used the phrase “the personal is political” or its underlying meaning in their writing, speeches, consciousness-raising, and other activities.

The meaning has sometimes been interpreted to mean that political and personal issues affect each other. It has also meant that the experience of women is the grounding of feminism, both personal and political. Some have seen it as a kind of practical model for creating feminist theory: begin with the small issues with which you have personal experience, and move from there to the larger systemic issues and dynamics which may explain and/or address those personal dynamics.

Feminist and writer Carol Hanisch’s essay titled “The Personal is Political” appeared in the anthology Notes From the Second Year: Women’s Liberation in 1970, and is often credited with creating the phrase. However, in her introduction to the 2006 republication of the essay, Hanisch wrote that she did not come up with the title. She believed “The Personal Is Political” was selected by the editors of the anthology, Shulamith Firestone and Anne Koedt, who were both feminists involved with the group New York Radical Feminists.

Some feminist scholars have noted that by the time the anthology was published in 1970, “the personal is political” had already become a widely used part of the women’s movement and was not a quote attributable to any one person.

Carol Hanisch’s essay explains the idea behind the phrase “the personal is political.” A common debate between “personal” and “political” questioned whether women’s consciousness-raising groups were a useful part of the political women’s movement. According to Hanisch, calling the groups “therapy” was a misnomer, as the groups were not intended to solve any women’s personal problems. Instead, consciousness-raising was a form of political action to elicit discussion about such topics as women’s relationships, their roles in marriage, and their feelings about childbearing.

Her essay “The Personal Is Political” said that coming to a personal realization of how “grim” the situation was for women was as important as doing political “action” such as protests. Hanisch noted that “political” refers to any power relationships, not just those of government or elected officials.

In 2006 Hanisch wrote about how the essay’s original form came out of her experience of working in male-dominated civil rights, anti-Vietnam War and left (old and new) political groups. Lip service was given to women’s equality, but beyond narrow economic equality, other women’s issues were often dismissed. Hanisch was particularly concerned about the persistence of the idea that women’s situation was women’s own fault, and perhaps “all in their heads.” She also wrote of her regret at not anticipating the ways in which both “The Personal Is Political” and the “Pro-Woman Line” would be misused and subject to revisionism.

Among the influential works cited as bases for “the personal is political” idea are sociologist C. Wright Mills’ 1959 book The Sociological Imagination, which discusses the intersection of public issues and personal problems, and feminist Claudia Jones’ 1949 essay “An End to the Neglect of the Problems of Negro Women!”

Some have critiqued the focus on “the personal is political” because, they say, it has meant a focus more exclusively on personal issues such as family division of labor, and has ignored systemic sexism and political problems and solutions.

The Truth About Money and Relationships

Wed Apr 1 , 2020
Are you arguing with your spouse about money? You’re not alone. When you put together couples and money, you’re bound to get a few spats. Did you know money is the number one issue married couples fight about?(1) When it comes to marital problems, money fights are the second leading […] 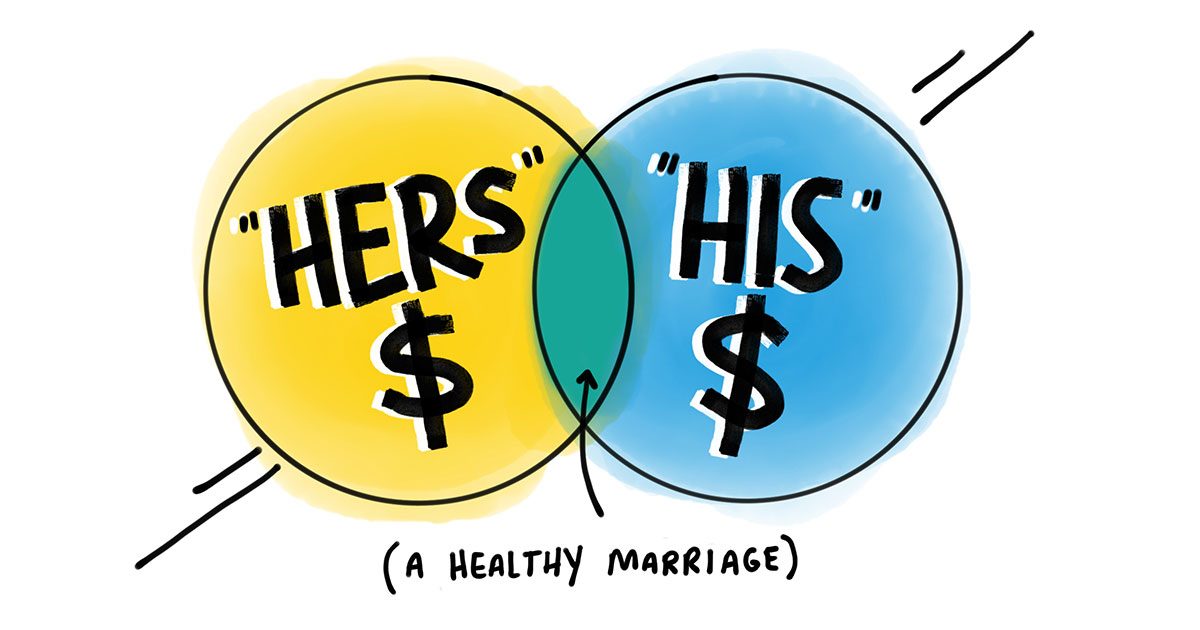