ATLANTA, GA — Many small businesses in Atlanta have been affected by the coronavirus pandemic. They were forced to temporarily close in March, until Gov. Brian Kemp announced that businesses and restaurants could resume operations in late April. For some, reopening wasn’t an option. They had lost so much already. […]

ATLANTA, GA — Many small businesses in Atlanta have been affected by the coronavirus pandemic. They were forced to temporarily close in March, until Gov. Brian Kemp announced that businesses and restaurants could resume operations in late April.

For some, reopening wasn’t an option. They had lost so much already. As those businesses who could reopen began to do so, a movement for justice rippled through the country after the death of George Floyd on May 25 in police custody in Minnesota. His death — along with the deaths of Ahmaud Arbery in coastal Georgia, Breonna Taylor in Louisville, Kentucky, and other African Americans — sparked demands to end police brutality and racism in America.

Here in Atlanta, protests have taken place daily, for over two weeks. Although many have been peaceful, there were instances where some protesters vandalized and stole from local businesses, according to police. With so many left to restart with little resources, three college students said they felt the urge to step up and help.

Through their new nonprofit, NoirUnited International, Macire Aribot, Nassim Ashford, and Fatoumata Fofana launched a GoFundMe campaign to help five small black owned businesses in metro Atlanta. They set a goal of $10,000 and as of Monday morning, were already more than halfway there with $5,600.

“Many black owned businesses were not able to get the COVID-19 assistance,” said Macire, 21, who just graduated from Mercer University with her degree in international affairs and global development.

“[Because of that] some people lost business, having to close down for a few days or longer,” she said.

“Then we also saw how the protesters were looting and destroying some of these businesses. We wanted to find a way to support them so that is why we started this GoFundMe. We wanted to assist the community that has poured so much into us.”

Businesses they are currently raising money to support are:

“It’s just been a really hard past couple of months,” she said “I’ve been hit really hard, mainly due to coronavirus and the schools closing down.”

She said that 80 to 95 percent of her business comes from students. Panther’s Den is located in downtown Atlanta at 43 Decatur Street SE. The cafe is open Tuesday through Saturday from 12- 8 p.m.

She likes to see young people involved in the movement.

“I think it’s very inspiring to see young people stepping up and out there protesting, signing petitions, and raising money, and just letting their voice be heard,” Jackson said. “I think that was something I initially didn’t [think they could] do.

“But when they were faced with the situation, they surprised me. I’m like, ‘OK, millennials, I see y’all out there, you know, getting your voice heard.’ So, you know, I definitely encourage them to keep it up, stay strong. Don’t stop.”

The NoirUnited co-founders met Jackson at a protest and introduced themselves. She was standing outside of her business with signs up that stated that Panther’s Den was a black-owned business. Many across the city started doing that after the first night of looting.

Jackson said her business was protected, but that most of it happened a block away. The signs helped her and others, she said.

Macire said that she understands that people have different views on looting and the riots, but that the focus shouldn’t be on that because it takes away from the overall message.

“The overall point of it is to send a message to those who are empowered. And so we want a difference. We want to change and we want to see that now, not later.”

As a 22-year-old black man, Nassim said that life has battles and uncertainties that his white counterparts don’t experience. He just graduated, as well, from Mercer University with a degree in global health and global development, and a minor in anthropology.

“Going outside every day is a struggle,” he said. “You don’t know if you’re going to be stopped by the police. People look at you funny when you walk into the store. This is my struggle, and my [black] brothers and my sisters out here in the world, we face this every day.”

He said following the news and constantly fighting for justice takes a toll on him at times, but he’s not stopping. He’s been marching in protests almost every day since they started two weeks ago.

Nassim also encourages people to do more than march. They have time to do their research before the next election. He said it’s important that they vote and work with their local state representative to push legislation that benefits their community.

Fatoumata, 22, said that not everyone will want to join the movement’s frontline, but that there’s still other ways to get involved.

“You can’t force or you can’t make everybody want to be a part of the movement,” said the Georgia State University student. She’s majoring in journalism with a concentration in public relations.

Some people just want their voice heard, she said. Organizing community events or going to city hall in a group is enough for some.There are also online petitions and crowdfunding campaigns that people can take part in, she said.

Fatoumata said that racism and police brutality are nothing new in America, but the coronavirus pandemic made it more visible.

“This kind of opened society’s eyes to racism a little more, because usually it wouldn’t be as prominent,” she said. “Usually it just got brushed over or some people would care for a day or two. This time everybody was a part of the Black Lives Matter movement.

“I feel like this time things are different. As African Americans, we have to fight for what we rightfully deserve.”

Macire said the movement is “beautiful” and one she doesn’t think has been seen in a long time.

“The social distancing and the confinement has really allowed everyone to sit down and think about all the issues that we have going on in America,” she said. “It actually has people coming together and supporting one another.

“People need to recognize that white supremacy is real. Racism is still a real thing. And it’s not just a black issue. Everyone should be involved in this matter. We have to really come together and strategize and figure out how we’re gonna move forward as a country.”

As far as changes, she said she wants to see them in the legislature and socially.

The co-founders of Noir United International said that this is work they aim to accomplish through their nonprofit. It focuses on “improving the social, economic, and political stature of the Black diaspora through service, education, and cross-cultural exposure.”

This article originally appeared on the Atlanta Patch

Americans Want To Shop Small, Here's How To Make Them Customers

Mon Jun 15 , 2020
With the prominence of things like Small Business Saturday during the holiday shopping season and the slow food movement attracting customers to local restaurants that also source local ingredients, consumers have grown increasingly aware of the benefits of patronizing businesses in their community. Now a recently released survey commissioned by […] 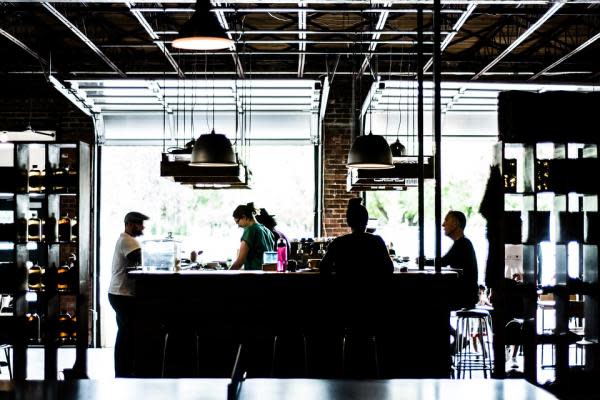