NEW YORK (Reuters) – Some investors are worried the U.S. response to the coronavirus pandemic is dealing a body blow to the dollar, potentially accelerating what has so far been a slow erosion in the greenback’s status as the world’s dominant reserve currency.

Investors and analysts, including billionaire hedge fund manager Ray Dalio and Goldman Sachs Group strategists, are among those who have warned that massive U.S. government spending in recent months could hurt the dollar.

At the same time, rock-bottom U.S. interest rates for the foreseeable future and concerns over a potential rise in inflation are denting the dollar’s appeal.

Changes that may affect the dollar’s reserve currency status “have historically been glacial,” said Alan Ruskin, chief international strategist at Deutsche Bank AG. “Lately, they have been speeding up.”

Treasury Secretary Steven Mnuchin told CNBC last month that the dollar’s status as the world’s reserve currency is in the U.S. interest and the administration wants to maintain it.

The dollar’s dominance endows the U.S. with many benefits, ranging from an outsized influence over the world’s financial system to giving it the power to flex its muscle abroad by punishing rivals and bringing errant foreign players to heel.

Foreign holdings of U.S. Treasuries, considered among the world’s safest investments, rose to $6.86 trillion in May.

Past concerns about the dollar’s top-dog status, including those that cropped up after Standard & Poor’s in 2011 downgraded its credit rating of the United States, have proven short-lived, due in part to the lack of a credible replacement.

The main challenger, the euro, has struggled in the face of existential crises and years of subpar growth in the euro zone. Indeed, during the throes of the coronavirus panic in March, the dollar’s dominance was on full display, with investors and governments scrambling for the greenback as they looked for a haven against extreme volatility and uncertainty.

“It is hard to replace something with nothing,” he told the Reuters Global Markets Forum on Tuesday.

Nevertheless, the dollar has seen its status slowly degrade over the past two decades, with its share of global central bank reserves falling by about 10 percentage points, IMF data shows.

Some market participants worry that recent U.S. actions may tarnish the currency’s appeal.

Although most countries are similarly ramping up spending, U.S. fiscal account deficits were already among the biggest in the developed world before the pandemic hit, Ruskin said.

The concern is shared by Dalio, founder of the $138 billion hedge fund Bridgewater LP. In a late July appearance on “Fox & Friends,” Dalio said he worried about “the soundness of our money.”

“You can’t continue to run deficits, sell debt or print money rather than be productive and sustain that over a long period of time,” Dalio said.

In a recent blog post last month, he wrote that the dollar’s reserve currency status has lagged but may eventually catch up to declines in U.S. competitiveness, trade and production.

A more immediate catalyst has been the decline in yields on U.S. government debt. For years, the U.S. enjoyed higher yields than any other developed country, boosting the dollar’s allure.

That gap narrowed considerably after the Federal Reserve in March cut borrowing costs to historic lows in response to the pandemic. The difference between yields on U.S. 10-year Treasuries and German bunds, for example, stands at its lowest level since 2014 – before the Fed embarked on a series of rate increases to raise borrowing costs from their post-recession lows.

Goldman Sachs commodities research analysts recently wrote that the spending could lead to problems for the dollar, especially if policymakers decided to let inflation drift higher to pay down massive budget shortfalls even after economic growth steadies.

As a result, “real concerns around the longevity of the U.S. dollar as a reserve currency have started to emerge,” they wrote.

Too soon to decide what more Fed can do for economy, George says

Thu Aug 27 , 2020
It is too soon to know what additional steps the Federal Reserve can take to help the economy continue to recover from the sudden lock down in March and April, said Kansas City Fed President Esther George on Wednesday. “I think it is too soon to try to speculate on […] 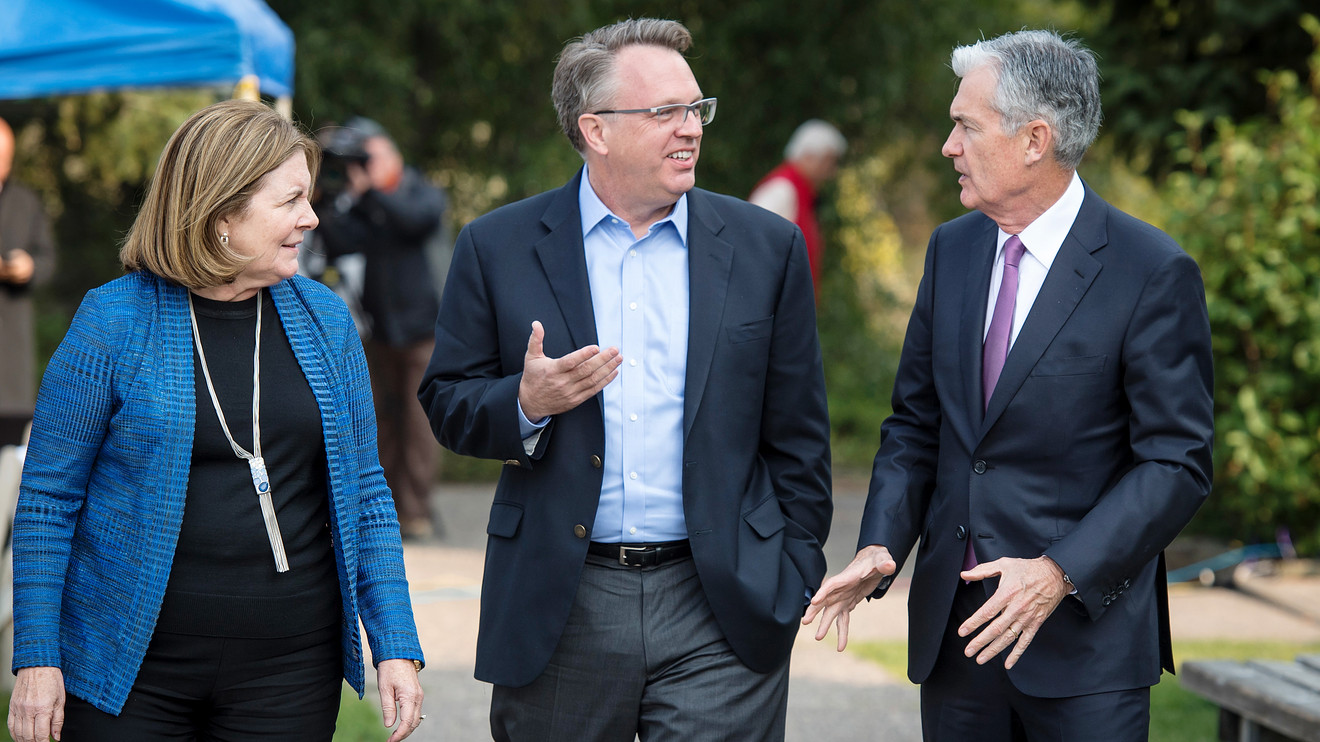