Investment Thesis The Treasury market is no longer at a point where it’s useful in generating even decent long-term returns. With economic conditions setting up for a potentially significant increase in intermediate- and long-term inflation expectations, Treasury yields could be ready to rise quickly. That doesn’t mean Treasuries aren’t still […]

The Treasury market is no longer at a point where it’s useful in generating even decent long-term returns. With economic conditions setting up for a potentially significant increase in intermediate- and long-term inflation expectations, Treasury yields could be ready to rise quickly.

That doesn’t mean Treasuries aren’t still useful in your portfolio or personal financial life, although short and ultra-short Treasuries would be the way to go for the foreseeable future. This article covers three ideal uses for Treasury bills, the SPDR Bloomberg Barclays 1-3 Month T-Bill ETF (BIL) specifically, in your daily financial life.

With interest rates still near all-time lows, it’s difficult to make the argument that government bonds offer either decent income or capital growth potential. Unless the Fed decides it wants to take rates into negative territory or the U.S. economy slips into a deep recession, there just not a lot of upside in Treasuries here.

That makes shorter-term Treasury bills the best fixed income option. No, they’re certainly not exciting and they pay next to nothing, but it’s the lack of downside risk that’s the most attractive feature. Corporate bond spreads are incredibly narrow given the underlying risk that’s inherent in them making them less than ideal. In my opinion, it’s boring old T-bills that are among the best fixed income options available right now.

The SPDR Bloomberg Barclays 1-3 Month T-Bill ETF (BIL) is a $14 billion fund that invests in a broad portfolio of ultra-short-term government securities. The effective duration is 0.07 years, but the yield, unfortunately, is 0{5667a53774e7bc9e4190cccc01624aae270829869c681dac1da167613dca7d05}. BIL actually hasn’t made a dividend distribution in the past three months and, if the Fed has its way, will continue to yield very little into the near future as well.

In other words, you’re getting no added yield for the extra interest rate risk. Might as well stay on the shortest end of the curve you can.

In an ideal world, Treasury bills would compensate you with even a modest yield for your investment, but that’s just not the world we live in right now. Despite that, the safety feature of T-Bills still make them a consideration for some uses in your financial life.

Here are three ways you can use a fund, such as BIL, both in and out of your portfolio.

If there’s one thing that the coronavirus pandemic has taught us, it’s that it’s wise to be financially prepared for the unexpected. The financial industry consensus is that you should have a minimum of 3-6 months’ worth of living expenses stashed away in a safe account (with some arguing you should have as much as 12 months’ worth).

If you don’t already have an emergency fund in place, now’s a perfect time to create one.

Emergency funds should be invested in some of the safest assets you can find. After all, you want to make sure that the money is there in case you need it. Ultra-short duration fixed income funds, such as BIL, are perfect for this. If yield is really that important, I wouldn’t target anything beyond a short-term investment-grade corporate bond ETF. And even that is pushing it. Besides, a fund, such as the iShares Short-Term Corporate Bond ETF (IGSB), still only yields 0.9{5667a53774e7bc9e4190cccc01624aae270829869c681dac1da167613dca7d05}, so you’re not really getting a proportional income boost for the risk you’d be assuming.

At some point in the (probably) distant future, an investment in BIL will come with at least a modest yield, but in the meantime, enjoy the fact that your savings is essentially guaranteed and you’ll be prepared for the next unexpected event.

Fixed Income Position In A Portfolio

If you have a percentage of your overall portfolio dedicated to fixed income, it might not be a bad time to consider backing off on risk.

With government bond yields at near record low levels, there’s not a lot of upside left. Corporate bond spreads are incredibly low given the amount of risk that would be assumed in purchasing either investment-grade or junk bonds. Granted, the endless Fed intervention changes the equation as far as what’s “normal” in the corporate bond market, but the risk/reward tradeoff still doesn’t look that good.

That also means moving your fixed income allocation to the short end of the curve and tilted heavily towards high quality bonds. The temptation, of course, is to push further out on the yield curve or further down on the credit quality curve in order to improve yield. The bullish argument is that the Fed’s new inflation averaging policy will lead to near-zero interest rates for years, which means lower relative risks for corporate bonds. It’s true that there’s significant Fed support for bonds here, but rising inflation is an under-appreciated risk within the markets right now. In my opinion, all of that Fed stimulus and record low interest rates will eventually lead to rising consumer prices and that, in turn, will send interest rates higher, maybe significantly. When that happens, you don’t want to be on the long end of the curve.

Shifting your riskier fixed income into T-bills won’t help on the yield front, but the added downside protection will be worth it.

But even if you’re not playing the future direction of interest rates, there’s no reason not to have at least a small allocation to Treasuries in a portfolio. How much, of course, depends on your personal risk preferences, goals, etc. In a more normalized world, T-bills would come with at least some income for your trouble, but they remain an important portfolio risk diversifier nonetheless.

Long-dated Treasuries and the S&P 500 have a historical correlation of roughly -0.33. That fluctuates, obviously, and the two asset classes do occasionally move in the same direction, but over the long haul, one asset tends to zig while the other zags.

That’s especially helpful in a diversified long-term portfolio, where the advantages of that negative correlation can be maximized.

Individually, the S&P 500 and long-term Treasuries have, historically, had Sharpe ratios of around 0.7 and 0.5, respectively.

But it’s when you combine them that you see superior risk-adjusted returns. The ideal combination, based on data since the SPDR S&P 500 ETF (SPY) and the iShares 20+ Year Treasury Bond ETF (TLT) launched, has been almost 50/50.

Treasury bills might be viewed as an inferior asset in the current environment given their lack of yield and it wouldn’t be difficult to make that argument.

Still, Treasury bills have their uses. They’re ideal for building an emergency fund since protection of principal should be the primary goal. Plus, their risk-reducing benefits can make them useful if you’re trying to manage interest rate risk or you’re simply trying to reduce the volatility of your portfolio as a whole.

Everything we know about job cuts at Exxon Mobil

Thu Sep 3 , 2020
Exxon, the largest oil company in the US, has long pitched itself as a stable giant in a volatile industry. Part of that pitch is that it doesn’t do layoffs.  Even as the price of oil crashed in the spring, forcing its peers including BP and Chevron to cut thousands […] 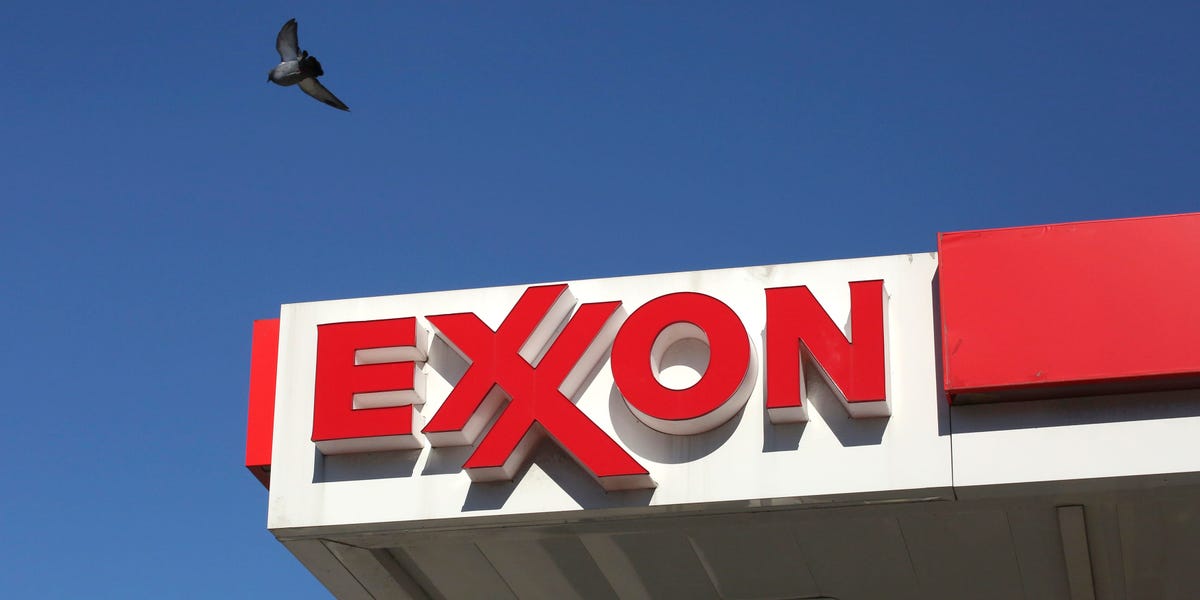