The City watchdog is considering closing a major loophole which allows unregulated and high-risk investment schemes to be sold to unsuspecting members of the public.

Charles Randall, chair of the Financial Conduct Authority, admitted that consumers could be exposed to inappropriate investments because they are sold by regulated firms.

This follows a Telegraph Money campaign which called for this flaw in the rules to be tackled, backed by financial industry grandees including former City minister Lord Myners.

At present, regulated firms are able to sell risky, unregulated investments to consumers. This can lead consumers to believe wrongly that such schemes are safe, given the company selling them has been approved by the regulator.

This loophole was highlighted during the collapse of London Capital & Finance, which was able to say it had authorisation from the regulator while selling unregulated “mini-bonds” to customers. Investors face losing their life savings after the company collapsed.

In an online speech to the banking industry, Mr Randall said: “FCA-authorised firms should not be facilitating the offering of high-risk products to ordinary retail consumers who cannot afford the risk of loss.

“That’s why we have banned the marketing of speculative mini-bonds. But I believe that the regulation of authorised firms in this area is still not where it needs to be for the future.”

The City watchdog has also taken aim at Google and other internet firms which allow these investment schemes to be promoted to the public.

In March this newspaper revealed that the FCA was spending £90,000 a month on Google advertising in order to help consumers avoid rogue investments which are promoted in search results as being safe.

Mr Randall said it was “absurd” that Google charged the regulator thousands of pounds while also profiting from the advertising spend of scam firms.

“The FCA is paying hundreds of thousands of pounds to Google to warn consumers against investment advertisements from which Google is already receiving millions in revenue,” he said.

Mr Randall said the FCA would make a further policy announcement on high-risk investments “in the near future”.

The coronavirus outbreak has already put a financial strain on millions of households. Mr Randall said it was right for banks to offer “payment holidays” to customers in financial difficulty, but he expressed concerns over the levels of household debt in the country.

With savings rates from banks now at rock-bottom, Mr Randall said many consumers could be persuaded to invest their money into excessively risky investment schemes.

“The pandemic has already exposed some stark truths,” he said. “We have too much debt. We don’t save enough. When people do save, they are too often persuaded to buy unsuitable investments.”

Tue Jun 16 , 2020
(Bloomberg Opinion) — Covid-19-related lockdowns have ushered in plenty of consumer behaviors that I don’t expect to last, including cutting one’s own hair and baking enough homemade bread to spark a run on yeast.  But there’s at least one spending shift brought on by the pandemic that is bound to […] 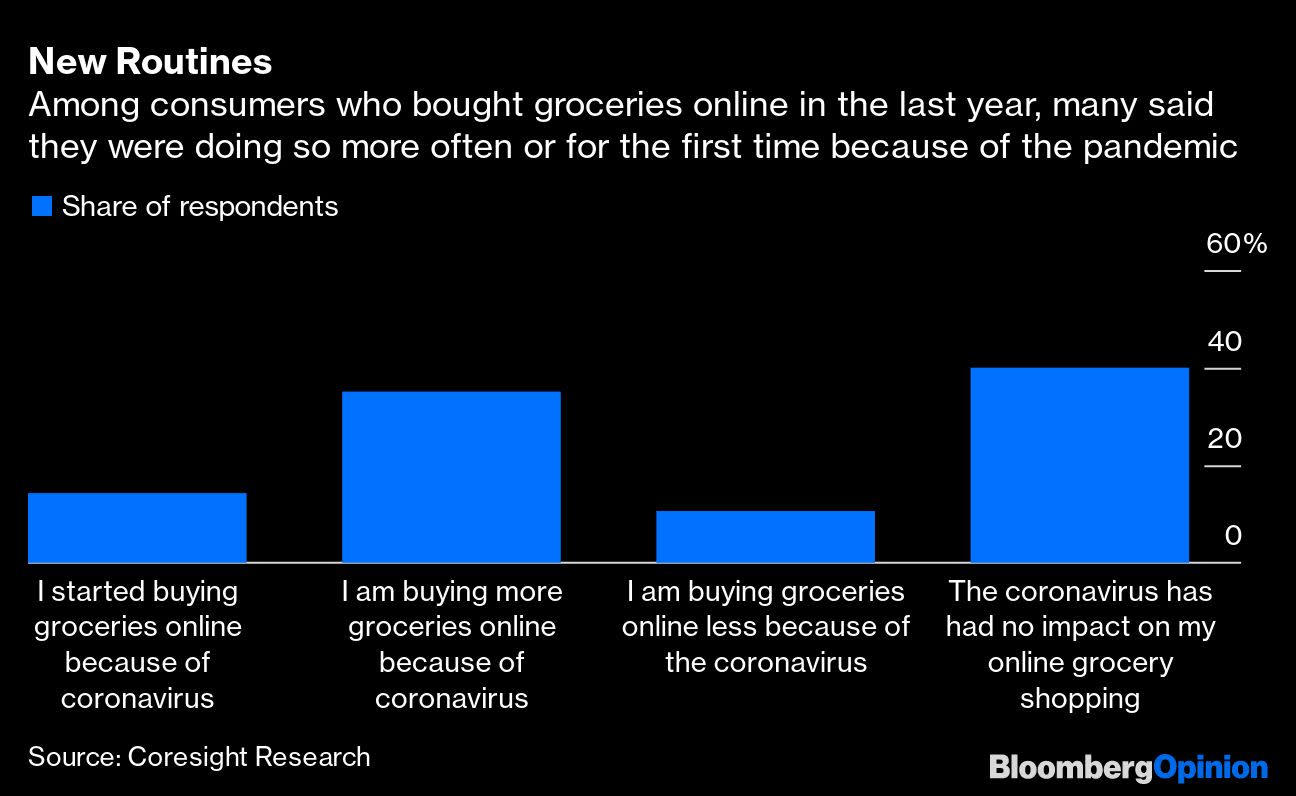