March 8, 2011 Posted by koshal Fiance vs Fiancee   The difference in definitions that exist between fiancé and fiancée make it necessary for us to use them for different purposes, to refer to different people. However, fiancé and fiancée are often confused by many and there are some who […]

The difference in definitions that exist between fiancé and fiancée make it necessary for us to use them for different purposes, to refer to different people. However, fiancé and fiancée are often confused by many and there are some who use these words almost interchangeably. These are actually French nouns that refer to a person getting married. In French language, nouns are male and female, which means every noun is either male or female. Thus, fiancé and fiancée are male and female nouns used to refer to a person about to be married. There is quite a bit of difference between them as fiancé refers to a male who has been engaged and about to get married while fiancée refers to a woman engaged to a man waiting for her marriage. Fiancé is pronounced as fɪˈɒnseɪ and fiancée is also pronounced as fɪˈɒnseɪ.

Who is a Fiancé?

Fiancé is male and masculine. In earlier times, a man and a woman who got engaged did not have sexual relations before marriage, and they became man and woman only after marriage. But times have changed and it is common to see an engaged couple living together without getting married. There are cases when the couple eventually do not marry and get separated because of incompatibility found during their live-in relationship. In such cases, their engagement also ends with separation.

In ideal conditions though, if everything goes according to plans and the marriage does take place, the fiancé becomes the husband. 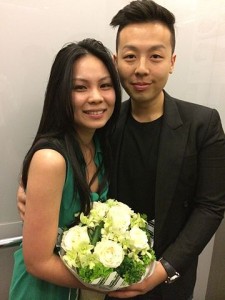 He is her fiancé and she is his fiancée.

Who is a Fiancée?

The word Fiancée actually comes from the French word Fiancé which literally means promise in French language. In turn, this word comes from a Latin word ‘fidere’ meaning trust. Future bride of a future groom is his fiancée. They have made a promise to each other based upon mutual trust that they will marry each other in future. Both of them keep their part of this agreement and marry in future. In ideal conditions, if everything goes according to plans and the marriage does take place, the fiancée becomes the wife in the relationship.

What is the difference between Fiancé and Fiancée?

• Fiancé and Fiancée are French nouns used to refer to a person who is engaged waiting to be married.

What Has Government Done to Our Money?

Mon Apr 20 , 2020
When this gem first appeared in 1963, it took the form of a small paperback designed for mass distribution. Innumerable economists, investors, commentators, and authors have learned from this book through the decades. After fifty years, it remains the best book in print on the topic, a real manifesto of […]