(Reuters) – Even after the virus that spawned the current U.S. recession is vanquished, the drag on economic growth will persist much longer than widely understood, according to research presented to an influential group of central bankers on Thursday. That is because, having experienced the impact of a pandemic once, […]

(Reuters) – Even after the virus that spawned the current U.S. recession is vanquished, the drag on economic growth will persist much longer than widely understood, according to research presented to an influential group of central bankers on Thursday.

That is because, having experienced the impact of a pandemic once, businesses will change their behavior to account for a perceived increase in the likelihood of another such scourge, Columbia University professor Laura Veldkamp and her co-authors wrote, a phenomenon known as belief scarring.

The result: lower business investment, fewer jobs, and downward pressure on interest rates that translate to slow growth for years.

“Our model’s predictions tell us that the ongoing crisis will have large, persistent adverse effects on the U.S. economy, far greater than the immediate consequences,” they said in the paper, to be discussed at the Kansas City Fed’s annual economic policy conference.

The event, usually held in Jackson Hole, Wyoming, is being conducted virtually this year because of the COVID-19 pandemic.

The findings sharpen the argument for aggressive and immediate measures to offset the economic impact of the coronavirus crisis on businesses, even if those measures appear to be costly endeavors in the short term.

Wiping out 10% of firms’ debt, for instance, would save just 1% of GDP in 2020, the authors estimate – but the value of those savings is estimated at about 11% of GDP if the long-term consequences are taken into account.

“Preventing bankruptcies or permanent separation of labor and capital, could have enormous consequences for the value generated by the U.S. economy for decades to come,” they wrote. “Obviously, no policy can prevent people from believing that future pandemics are more likely than they originally thought, but policy can change how the ongoing crisis affects capital returns.”

Sat Aug 29 , 2020
Mexican peso among worst performers on Thursday. US dollar bounces sharply after updated strategy from the Fed as US yields soar. The USD/MXN bottomed earlier on Thursday at 21.81, the lowest level since May but then it bounced dramatically, leaving the Mexican peso exposed to more losses in the short-term. […] 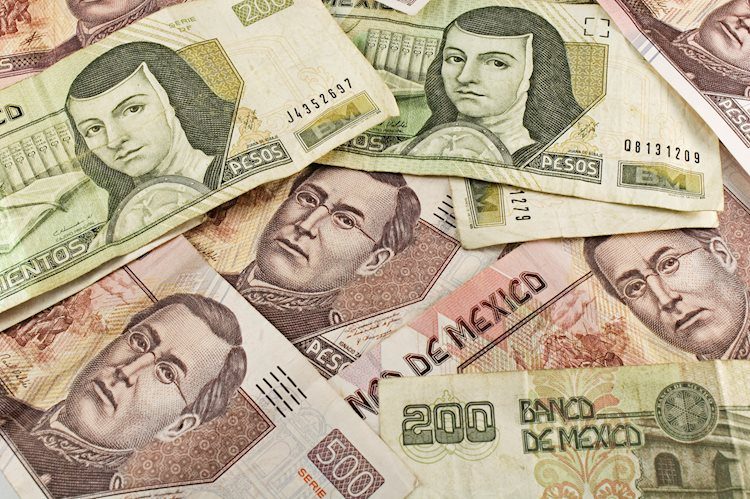