Making decisions in the face of uncertainty has never been easy. But the global pandemic has raised the stakes for many previously mundane choices: how to travel, where to get food, when to send kids back to school. Understanding how humans have made high-stakes decisions over evolutionary time may help […]

Making decisions in the face of uncertainty has never been easy. But the global pandemic has raised the stakes for many previously mundane choices: how to travel, where to get food, when to send kids back to school.

Understanding how humans have made high-stakes decisions over evolutionary time may help to explain our choices in the present day – including our tendency to veer from the preferences predicted by economic models, according to a new study from scholars at Stanford University and the Santa Fe Institute.

“Rather than starting with utility – the happiness or value I get out of making my decision now – let’s think about how the brain was constructed over evolutionary history,” said study co-author James Holland Jones, a biological anthropologist at Stanford’s School of Earth, Energy & Environmental Sciences (Stanford Earth). The research was published in the journal Evolutionary Human Sciences.

The pair’s proposal adds a new perspective to long-running scholarly debates over why practices designed to improve the standard of living among subsistence populations don’t take hold, such as the seemingly slow adoption of new farming technologies among poor, small-scale farmers, and more recently, the unwillingness of the poorest poor to adopt microfinance and other development schemes.

“There is an inclination to think of the poorest people as being ‘natural entrepreneurs’ because they have nothing to lose economically,” Jones explained. “However, the evolutionary logic we employ suggests that the poorest poor have everything to lose and are, in fact, closer to losing it than better-off people. Our model predicts that very poor people would be especially risk-averse.”

It also points to the weakness of lean systems in the face of uncommon but severe threats, such as the coronavirus. “One of the things we’re seeing right now is a world that has been optimized for efficiency and is extremely vulnerable to risk,” he said. “If you scale back organizations to keep them running at a mean level that’s high, and you don’t have a lot of slack, when a crisis hits you’re in trouble.”

According to the theory of expected utility, a staple of modern economics, people should always carefully weigh the likelihood of an event along with the prizes or consequences that would accrue from our decision – and then choose the option with the highest average payoff. Of course, we rarely calculate these averages in practice, as behavioral economists have long recognized. Yet an assumption that our brains will behave as if we made decisions this way – maximizing personal gain at every turn – is still baked into many public and economic policies.

“We might expect evolutionary systems to mirror markets, with organisms that act rationally out-competing those not behaving rationally,” said Jones, an associate professor of Earth system science at Stanford Earth and a senior fellow at the Stanford Woods Institute for the Environment. “The catch is that you can’t outcompete something if you’re extinct.”

In addition to influencing policy, business and financial markets, theories of how we make decisions have filtered into popular culture through books like Nudge and Thinking Fast and Slow. However, they tend to deal poorly with choices that humans have faced for the vast majority of their history on Earth – namely, those shaped not by market forces, but by environmental variables like temperature or rainfall. In this context, boom times can’t compensate for a single lethal bust. Just one bad heat wave, drought, cold snap or flood can leave a household hungry or worse. “Variance is what drives you to extinction,” Jones said.

As a result, when it comes to preferences that evolve by natural selection, he said, we should expect to see people undervalue long shots that could be profitable, play it safe when things look risky and generally overestimate the likelihood of rare bad outcomes.

On the timescale of evolution, the salient outcome of a decision is how it contributes to fitness, meaning the proportion of the population through time that carries your DNA. Unlike utility, fitness is a measure that multiplies over time. “If any generation in your lineage has zero offspring in it, it’s game over,” Jones said. “It is a general aversion to zeros that leads to pessimism.”

At the same time, fitness plays out over such long timescales that it can’t directly influence our behavior. The things that do shape our choices day to day are more like utility in that they can rise and fall without bringing catastrophe. “Psychological mechanisms, like satiety or sexual gratification, or something like love of your children, can motivate you in the immediate. They promote fitness in the long run, but they are not the thing actually being maximized over time,” he said.

Maximizing fitness leads us to be more pessimistic in our economic decisions than utility models predict. The optimal level of pessimism to promote survival depends “on the exact universe the organism occupies,” the authors write. For example, hunters targeting rare, big game may stand to bring home more calories if they succeed, but their household could go hungry if they fail. Herders have to weigh not only the productivity of their animals, but also their susceptibility to drought and disease.

“Any time where you have to avoid zero, pessimism will pay off, because you’d rather leave money on the table than run the risk of going extinct,” Jones said.

When social distancing restrictions loosen enough to conduct group experiments, Jones and co-author Michael Price, PhD ’15, who studies complex systems as a fellow at the Santa Fe Institute, plan to test their theory with games challenging participants to maximize payoffs that multiply over time or that are hidden but associated with some tangible proxy. By formalizing and eventually testing the theory, the researchers write, they “hope to stimulate more work on the possible evolutionary foundations of key results from behavioral economics.”

Disclaimer: AAAS and EurekAlert! are not responsible for the accuracy of news releases posted to EurekAlert! by contributing institutions or for the use of any information through the EurekAlert system.

Thu Aug 20 , 2020
By Fergal Smith TORONTO (Reuters) – The Canadian dollar strengthened to its highest level in nearly seven months against its U.S. counterpart on Tuesday as the greenback broadly declined and investors weighed the potential impact on policy of the new finance minister. Canadian Prime Minister Justin Trudeau appointed his close […] 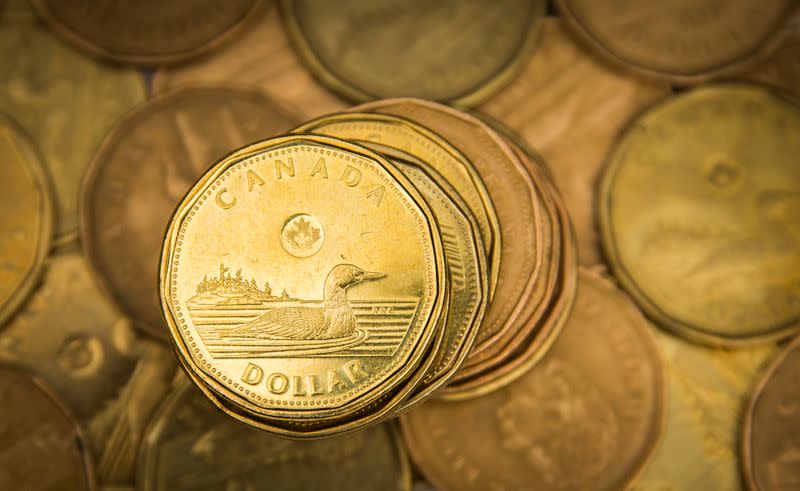