How France’s auteur-driven animation movie and TV industry dovetails with the market interests and industry practices of Netflix, Disney Plus, HBO Max, Warner Media and Apple TV Plus will determine a large part of its future.

Depending on the company and the sector – TV is far more advanced than feature film – it’s a revolution that is already being put through.

“We’re having more and more discussions about developing originals with global platforms and this will surely translate into more revenues from them in the years to come,” she adds.

“HBO Max, Disney Plus, Apple Plus TV, Netflix, Peacock – they are all looking for content,” concurs Eleanor Coleman, head of animation and transmedia at Paris-based Indie Sales.

Just who’s dealing with who, which of the newest platforms have done deals, has become the tittle tattle of multiple video conference conversations – the nearest online Annecy will get to table talk – as executives wait for new participants to join online.

But deals are getting done.

Even two years ago, sales to VoD platforms represented up to one-third of the annual export turnover of some French animation companies, according to a study by France’s CNC film-TV board and TV France International (TVFI) in 2018.

“HBO Max and Disney Plus are pushing the intensity of competition. We see deals getting done quickly with non-linears if they like what they see. The decision time is really fast,” says David Michel, president of Cottonwood Media and MD, Federation Kids & Family.

In film, the platform pivot to date has been slower. Sold by Charades, “I Lost My Body” was acquired by Netflix following its 2019 Cannes Festival premiere – and the huge buzz that it generated – for worldwide distribution outside China, Benelux, Switzerland, Russia and France.

SC Films has sold Folivari’s “Pachamama” to Netflix for worldwide outside French-speaking territories.

“We are very optimistic about French animation’s future,” says Didier Brunner (“Triplets of Belleville,” “Ernest & Celestine”). He adds: “But we think that now we have to find new ways to finance our projects with FVOD and SVOD platforms.

“Traditional investors such as the broadcasters will gradually lower their investment in animation. Public subsidies will probably decline slowly but surely.”

“It’s becoming more and more complex to finance animation films, because they are more expensive and riskier, even if they can do well or very well. The tendency and temptation of being bought or financed by a global platform is high,” agrees Axel Scoffier, UniFrance deputy executive director.

Even in feature film, France’s engagement with digital players has to date certainly been no debacle.

One question is who and what kind of series or films will really benefit from the streamers’ advent. Disney Plus is reportedly only buying four quadrant content, even for series.

They may not be alone.

“My sense of many streamers is that even though it’s early days the family content is really a big winner for them,” says Eleanor Coleman, head of animation and transmedia at Paris-based Indie Sales.

Other collateral is a now huge competition for digital platform berths. The biggest streaming platform challenge now is that “a lot of projects and shows being pitched,” says Michel. “We used to be a smaller sector and now the level of competition between producers and studios that are really good content makers is insane.”

Another large question is just how digital platform play may advance directors’ careers.

In French cinema in general the IP is mostly the auteur, the director, Scoffier argues. Young talent discovered in short films who go on to make features need special promotion. Traditionally, they have received that from sales agents who push a new talent over a year-or-more sales cycle, from first festival to sales. If titles go straight to platform, the promotion strategy differs from a country-to-country, media-by-media strategy to a global one, he states. The way forward may be to co-create promotion strategies with platforms, he suggests.

That may mean combining parts of the established business models and new platform practice.

“Most everyone wants to work with the platforms, as they represent a strong potential in terms of viewers, financing, visibility of work,” observes Jean-Paul Commin, an animation expert and consultant on Cannes Official Selection title “Josep.”

He adds: “But the success and credibility of animated features also come through theatrical distribution in Europe and exhibition at festivals.”

“There’s no unique business model with the platforms,” says Pontavice.

“Others are more into the IP business, want to retain copyright,” however. “It’s just a matter of being pragmatic and enhancing the variety of business models with platforms.”

But doubts remain. There’s little visibility, for instance, on how France, Europe’s bastion of national film-TV protection, will really interpret European Commission regulation allowing it to oblige global platforms targeting France to invest a percentage of annual revenues in French shows and movies. Percentages talked about are 15{5667a53774e7bc9e4190cccc01624aae270829869c681dac1da167613dca7d05} to 26{5667a53774e7bc9e4190cccc01624aae270829869c681dac1da167613dca7d05} for AVODs and SVODs. They might even be higher. But everything is still under government arbitration, the CNC told Variety. Regulation is not likely to hit the statute books until 2021.

So platforms, though forcing through a paradigm shift, may or may not prove an economic panacea for French animation.

“Platform financing is going to take up the slack lost from lowered investment from traditional linear private networks, says Federation’s Michel. “But for me it won’t mean increased investment to the overall economy.”

Mon Jun 15 , 2020
Lawmakers of both parties have separately suggested amending the law in an effort to address concerns about how the big tech companies moderate content online. Hawley, a prominent Trump ally in Congress and a former Missouri attorney general, has been discussing the proposal with administration officials, a bipartisan cast of […] 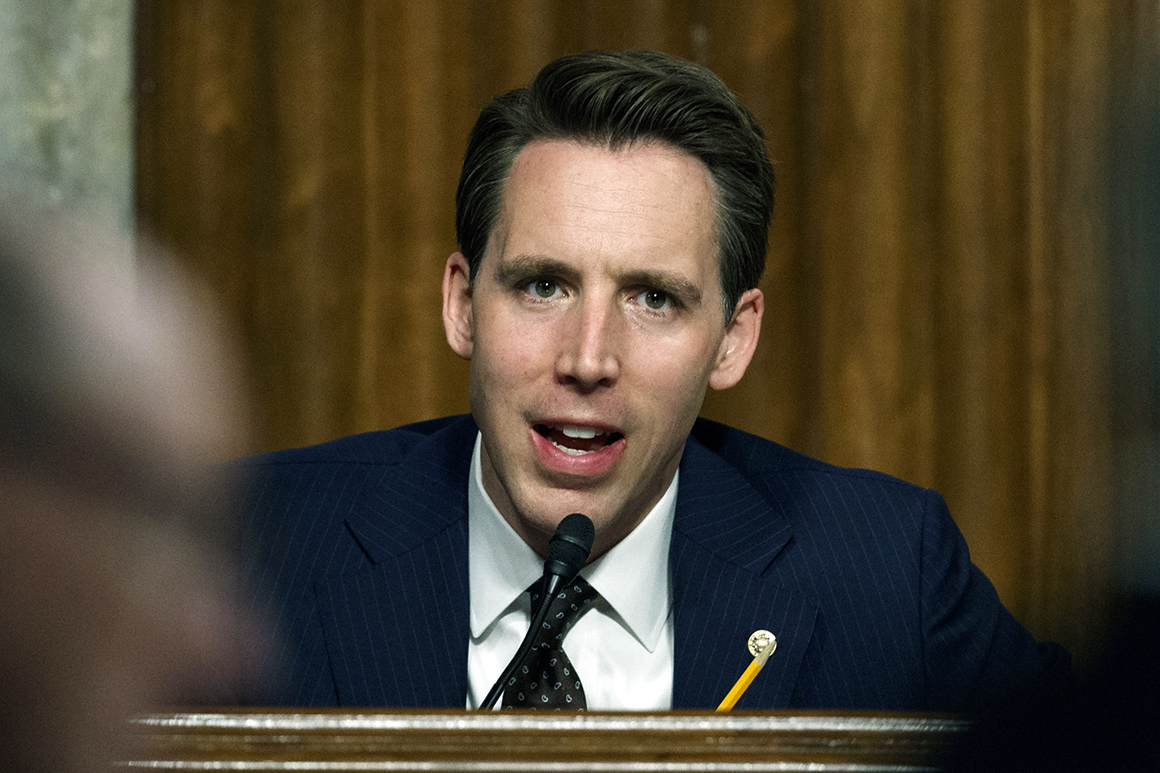