Chinese government debt is set to be included on a key global bonds index, which could see tens of billions of dollars of foreign investment in the country’s increasingly internationalised financial markets.

The move by FTSE Russell comes as trading in China becomes an increasingly controversial move in Washington as relations between the superpowers grow increasingly fraught.

But analysts said the attraction of higher yields — the yield on 10-year Chinese government bonds is 2.4 percentage points higher than US Treasuries — and a relatively stable currency have made the country an attractive prospect for investors.

Inclusion in the World Government Bond index, which could begin next October if approved, means CGBs will be a must-have asset for investment giants such as pension funds desperate for good returns as the global bond market is battered by the virus pandemic.

Pan Gongsheng, deputy governor at the central People’s Bank of China said international investments in the Chinese market had grown more than 40 percent over the past three years, with 2.8 trillion yuan ($410 billion) of Chinese bonds currently held by international investors.

Goldman Sachs said inclusion could see up to $140 billion flood into the debt market.

AxiCorp strategist Stephen Innes said the move was “big news” which would open up China’s bond market to “a broader band of passive investors”.

FTSE Russell, which is owned by the London Stock Exchange, decided against including Chinese debt in the index last year owing to several worries such as liquidity and the settlement of transactions, but it said the concerns had been addressed.

In the statement its CEO Waqas Samad said authorities had “worked hard to enhance the infrastructure of their government bond market”.

Jason Pang of JP Morgan Asset Management, said that while foreign ownership of CGBs had risen to around nine percent from two percent in recent years, it is still well below the 15-30 percent seen in other Asian markets.

But he added: “It is increasingly clear that China bonds’ globalisation is simply a matter of time, further accelerated by increasingly accessible hedging options that enable investors to manage risk.

“Over the past 20 years, China’s bond market has grown more than sixtyfold to nearly $14 trillion.”

The Chinese economy has largely bounced back after a virus-induced sharp economic shock seen earlier in the year , with most people back to work after the government brought the disease largely under control through lockdowns and mass testing.

Wed Sep 30 , 2020
Farmers are known to pray for rain. Now they can hedge against unanswered invocations. Exchange operators CME CME 1.60% Group Inc. and Nasdaq Inc. NDAQ 2.25% are planning to launch a futures contract later this year that will allow farmers, speculators and others to wager on the price of water. […] 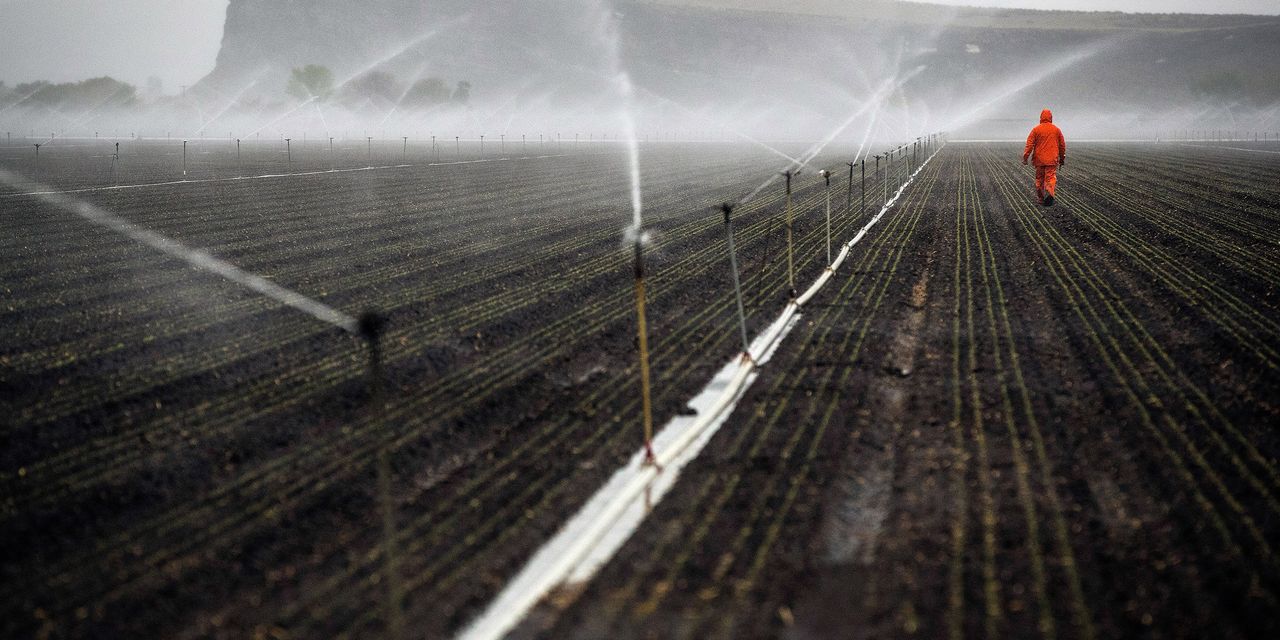