Global dividends fell $108.1bn to $382.2bn in the second quarter The headline 22.0% decline (19.3% underlying) was the worst since JHGDI was launched in 2009 All regions saw lower payouts except North America, where Canadian payments proved to be resilient Europe and the UK were worst affected Healthcare and communications […]

In a quarter of astonishing disruption to normal life around the world, the impact on dividends was equally dramatic. According to the latest Global Dividend Index from Janus Henderson, total payouts fell by $108.1bn to $382.2bn, the lowest second-quarter total since 2012. The 22.0% headline fall equated to a decline of 19.3% on an underlying basis and was easily the worst quarterly drop since the index started at the end of 2009 post the global financial crisis (GFC). More than a quarter (27%) of Q2 payers cut their dividends, and more than half of this group cancelled them outright.

Janus Henderson’s index of global payouts fell to 182.2, a level last seen in the second quarter of 2018. Dividends fell in every region of the world, except in North America, thanks in particular to resilience among Canadian companies. There was a very wide variation by country and by industry. The worst affected regions were Europe and the UK, where payouts fell by two fifths on an underlying basis. A particularly difficult quarter for France, Europe’s largest dividend payer, saw total dividends reach their lowest level in at least a decade, though some of the lost French income will be restored later in 2020.

At the other end of the European scale, Swiss payouts barely changed year-on-year. In Asia, Australia saw the greatest impact, with more expected to come in the third and fourth quarters, while Japan was relatively insulated.

Given the Q2 figures, Janus Henderson has revised its best- and worst-case scenarios for 2020. The team’s expectations of which dividends would be cut, and which were safe, proved accurate but it is now clearer how companies whose payments were considered ‘vulnerable’ are likely to behave. This means the range for dividend payments has narrowed from the -15% to -35% underlying drop estimated three months ago when there was much less certainty.

Janus Henderson’s best case now sees dividends falling 19% in 2020 on an underlying basis, equivalent to a 17% headline decline, yielding a best-case total of $1.18 trillion. Janus Henderson’s worst case sees an underlying fall of 25%, equivalent to a 23% headline decline. That would generate total global payouts of $1.10 trillion. This means that not only has the uncertainty for the year diminished but the mid-point estimate has improved by two percentage points too. Even so, 2020 will be the worst year for dividends since the global financial crisis.

Matt Peron, Director of Research at Janus Henderson, said: “Dividends are an important part of investors’ total returns as well as a sign of the health of the underlying business, so it is important to track them as we do with our one-of-a-kind index. While dividends have taken a reset in most regions, especially in Europe, due to the recent economic disruption, we expect to see a rebound in 2021 and a resumption of the strong trends in this very important source of return for investors in the coming years.”

Past performance is no guarantee of future results. International investing involves certain risks and increased volatility not associated with investing solely in the UK. These risks included currency fluctuations, economic or financial instability, lack of timely or reliable financial information or unfavourable political or legal developments.

Janus Henderson has approximately US$336.7B in assets under management (as of June 30, 2020), more than 2,000 employees, and offices in 28 cities worldwide. Headquartered in London, the company is listed on the New York Stock Exchange (NYSE) and the Australian Securities Exchange (ASX).

Each year Janus Henderson analyse dividends paid by the 1,200 largest firms by market capitalisation (as at 31/12 before the start of each year). Dividends are included in the model on the date they are paid. Dividends are calculated gross, using the share count prevailing on the pay date (this is an approximation because companies in practice fix the exchange rate a little before the pay date), and converted to US$ using the prevailing exchange rate. Where a scrip dividend is offered, investors are assumed to opt 100% for cash. This will slightly overstate the cash paid out, but we believe this is the most proactive approach to treat scrip dividends. In most markets it makes no material difference, though in some, particularly European markets, the effect is greater. Spain is a particular case in point. The model takes no account of free floats since it is aiming to capture the dividend paying capacity of the world’s largest listed companies, without regard for their shareholder base. We have estimated dividends for stocks outside the top 1,200 using the average value of these payments compared to the large cap dividends over the five-year period (sourced from quoted yield data). This means they are estimated at a fixed proportion of 12.7% of total global dividends from the top 1,200, and therefore in our model grow at the same rate. This means we do not need to make unsubstantiated assumptions about the rate of growth of these smaller company dividends. All raw data was provided by Exchange Data International with analysis conducted by Janus Henderson Investors.

3 Underreported Trends That Will Accelerate Reshoring

Tue Aug 25 , 2020
At Thomas, we’ve been tracking supply chain shifts since the Covid-19 pandemic began and our data shows that the increased interest in reshoring is actually accelerating.   The statistics are significant, too: In February, 54% wanted to bring production back to North America, but as of July 69% are actively looking […] 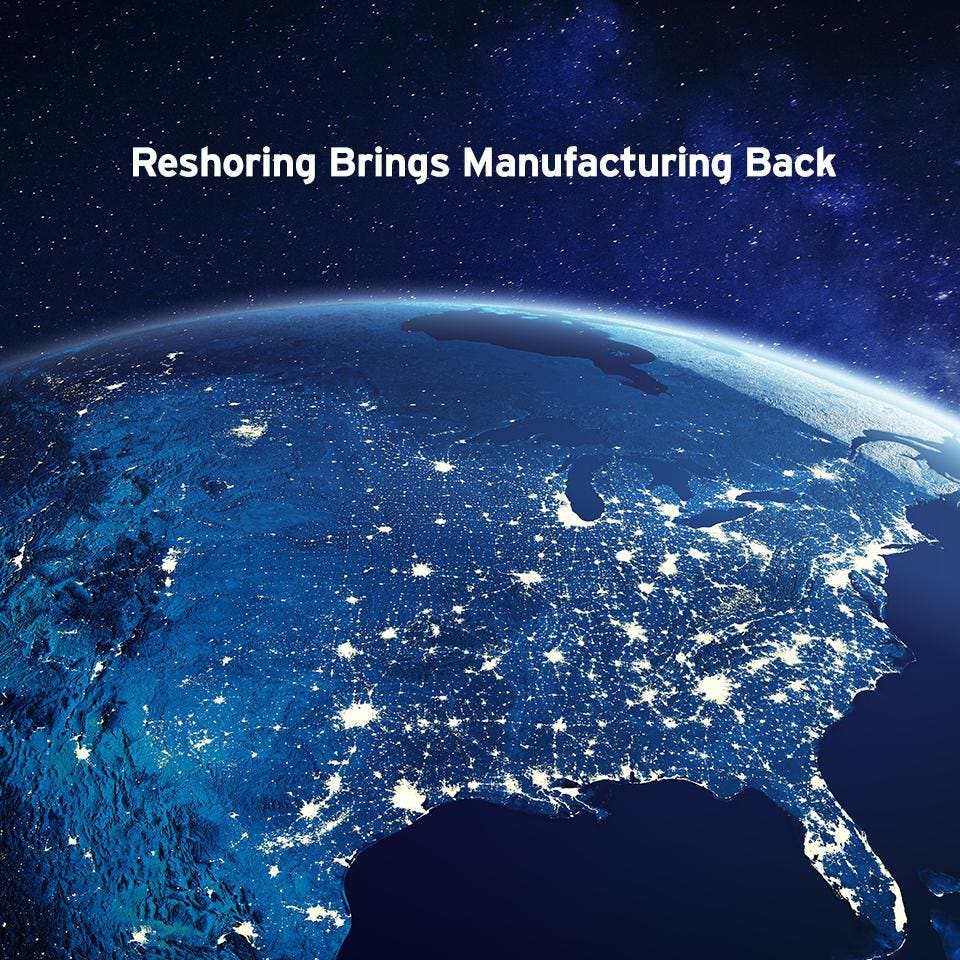