It might have: In the midst of long-winded industry talks around the future of fashion weeks and the appeal of virtual runways, the streetwear and lifestyle publication decided to take a step back from it all and come up with a solution of its own.

“So many of the events we write about have been canceled, so we’ve had to think of ourselves as cultural producers in our own right,” said Tom Bettridge, the online publication’s editor in chief. “We basically thought, ‘Let’s set our own calendar and become this project-based media brand. If there isn’t anything going on in the world, let’s just make it happen.’”

The online exhibition project — set to make its debut on June 24 and run through July 2 — is a direct response to the Highsnobiety audience’s continued appetite for fashion storytelling. Even if they might now be thinking twice about what they shop for, they still want to hear from their favorite labels and stay immersed in their worlds.

“We did a big poll, right after COVID-19 happened and two-thirds of the audience said they feel differently about spending right now, either because they’re stressed economically or they’re feeling bad about conspicuously consuming when others around them are economically stressed,” explained Bettridge. “But at the same time, 85 percent said they were as engaged, if not more, with style and culture. People are really hooked on the story, on learning more and following fashion culturally. For us as storytellers, this is a really big deal and gives us a big sense of purpose.”

Bettridge added that for this young, fashion-obsessed audience the stories behind artist collaborations or show soundtracks are far more important than the actual new-season product shown on the runway.

“It’s really a content event, it’s not a fashion event. It’s about entering into the world of the brands that you follow,” he said.

In that respect, the online iterations of fashion week, planned for this summer, were simply not going to do the trick in keeping these fashion and culture aficionados engaged. So Bettridge and his team decided to give them exactly what they want by partnering with brands directly and coming up with a different proposition altogether, geared specifically toward their readers.

The publication is bringing together everyone from GmbH, which is shooting a film in Berlin exclusively for the online event, to up-and-coming stars like Wales Bonner and Marine Serre as well as luxury megabrands including Bottega Veneta, Dior, Fendi and Hermès. The latter let the Highsnobiety team loose into its archives to narrate the history of its famous silk scarf.

As for Copenhagen-based Soulland, they are taking an even less conventional route and creating the cuvée wine they’d want to be drinking if they had made it to the French capital for fashion week.

It doesn’t stop with fashion: the Musée du Luxembourg is involved and working with the publication on repositioning its exhibition of Man Ray’s fashion photographs online, as is the Guggenheim and David Zwirner Gallery which will be exhibiting a set of works by Raymond Pettibon.

“I love the idea of doing a bona fide art exhibition online. This notion of Surrealism, not being there and having kind of like a Dadaist photo exhibition taking place in an empty museum was a huge inspiration,” added Bettridge, also pointing to a “Not in Paris” line of merchandise that will make its debut on the site’s e-commerce platform, in conjunction with the event.

“We’re making a gift shop for a place that doesn’t exist. It’s this idea of ‘Not in Paris’ being a state of mind, where anything is possible. Geographic distinctions or the distinction of being a luxury versus emerging [brand] don’t exist, so it can flatten the playing field in so many different ways.”

The publication intends to keep the project alive post-COVID-19 and generally sharpen its focus on project-based work.

It signals a new way of operating as a media business and partnering with brands as peers rather than mere observers.

“We’ve had those kind of relationships in the past, but it’s great to do it on a more widespread level,” said Bettridge. “There was a bit of arbitrariness in what was in a show or in a city, while now you can look at what’s out there and decide what you want to be in a dialogue with. From a curatorial perspective, it’s quite liberating. The beauty of being online is that it collapses [the divide] of being a media brand, a store or an agency. It kind of all happens in the same place now.”

Personal Capital Reaches $1B In Assets Under Management In ESG 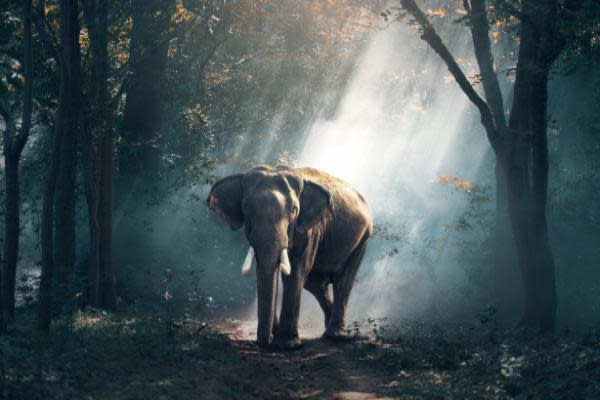