Richard is the CEO of Quantstamp and a leader in blockchain and smart contract enterprise security. getty Decentralized finance (DeFi) is a rapidly growing trend in finance, taking components of traditional finance and transforming them into trustless and transparent protocols via smart contracts and tokens. In December 2019, the DeFi ecosystem had […]

Richard is the CEO of Quantstamp and a leader in blockchain and smart contract enterprise security.

Decentralized finance (DeFi) is a rapidly growing trend in finance, taking components of traditional finance and transforming them into trustless and transparent protocols via smart contracts and tokens. In December 2019, the DeFi ecosystem had $700 million worth of digital assets locked in its financial products. Recently, this number surpassed $3.6 billion.

The appeal of DeFi is clear: access to a borderless, open alternative to every financial service imaginable — savings accounts, insurance, loans, trading and more. Decentralized apps, or “dApps,” run on the blockchain and eliminate the need for a central authority like in traditional finance. This means there isn’t a single point of failure; rather, identical records are kept across thousands of computers via a peer-to-peer network.

While the DeFi movement was adopted early by those familiar with cryptocurrency and blockchain, it has also caught the attention of more traditional players in the finance world. Fidelity Digital Assets recently found that 80% of institutions they surveyed are interested in investing in digital assets. This is a noticeable shift from a few years ago and a sign that both its reach and impact are growing. The Chicago DeFi Alliance — which includes some of the top trading, brokerage, and investment firms in Chicago — was created to help support the growth of promising DeFi startups.

DeFi projects are tackling long-standing problems and addressing inefficiencies in our current system: improving financial inclusion, increasing liquidity and reducing costs. Even beyond finance, there is a growing interest in DeFi and its potential to improve existing systems.

If you’ve been keeping up with developments in the DeFi space, you may have heard the term “composability” or “money legos.” This refers to how components within the ecosystem can be connected to form new and more powerful applications. For example, one component may allow you to deposit funds and generate interest, while a second lets you direct that interest to a nonprofit of your choice.

Financial inclusion is another advantage. Many take their ability to access traditional financial services for granted, but this remains a huge problem. According to the Global Findex Database, $1.7 billion people lack access to basic financial services.

DeFi has the ability to democratize banking services. For example, Dharma is an alternative savings app that lets users send and receive USD while also earning interest on their funds. Being borderless, it’s available to anyone with an email address and an internet connection.

In the current system, it’s prohibitively expensive to send money across borders. Without expensive intermediaries, DeFi unlocks the potential for better interest rates and reduced costs.

While DeFi is still in its infancy, there are already many examples showcasing its potential. Monetary banking services, alternative savings, P2P lending platforms and decentralized exchanges are some of the many applications that offer a glimpse of the opportunities DeFi could unlock.

While a decentralized system can often process transactions faster and more securely, price volatility is an issue that has held back mainstream adoption. Enter stablecoins — digital coins pegged to real-world currencies such as USDC (fully backed by the U.S. dollar) or Dai (stabilized against the value of the U.S. dollar). Having grown rapidly alongside the DeFi space, stablecoins experienced record-setting transaction volumes of over $90 billion in the first quarter of 2020. In July, USDC market cap broke $1 billion for the first time since the stablecoin launched. Stablecoins combine the transparency and security of a digital asset with the stability of traditional currency.

DeFi savings apps are offering a way for users to save their money outside of traditional institutions. For example, Linen App provides a non-custodial wallet and allows users to connect their U.S. bank account to supply digital dollars to a liquidity pool on the blockchain.

Peer-to-peer lending and borrowing platforms are also emerging. Compound is a protocol that establishes money markets with algorithmically set interest rates. Aave, an Ethereum-based P2P lending platform is another example. With advantages such as the instant settlement of funds, the ability to use digital assets as collateral and no credit checks, these DeFi platforms have a lot of appeal over existing credit systems.

Another interesting segment of DeFi applications is decentralized exchanges, or DEXes. Using these, users can trade digital assets without needing an exchange to hold their funds. Instead, smart contracts enable direct trades between the participants’ wallets. DEXes may also offer lower trading fees than centralized exchanges given their reduced overhead.

Clearly, DeFi apps have incredible potential, but security issues remain. Hackers have stolen more than $27 million from DeFi projects over the past few months.

In June, DeFi liquidity provider Balancer Pool experienced a sophisticated hack that tricked the protocol into releasing around $500,000 worth of tokens. In another incident, $25 million worth of Bitcoin and Ethereum was stolen from dForce’s lending protocol, Lendf.Me, via a re-entrancy attack.

The potential of DeFi to change the world is undeniable, but tackling these security issues is crucial for continued growth. In the near future, we can expect to see additional monitoring tools, insurance and other security initiatives. The demand for these services is also increasing as developers realize they can’t tackle security on their own.

Smart contract insurance is starting to play a significant role in the DeFi sector. By reducing risks for users with insurance, both developers and DeFi users can feel more confident and secure.

The use of stablecoins will almost certainly continue to grow, helping to drive mainstream adoption and changing the way we transact. Countries experiencing hyperinflation of their national currency will likely be early adopters, with an increasing amount of the global money supply represented by stablecoins.

Services historically controlled by banks and financial institutions are shifting as DeFi is creating a better and more accessible financial system. While every new technology comes with its challenges, it’s exciting to see the creative and innovative ways we can use blockchain to improve society, create a more inclusive financial system and drive real change in a very traditional sector.

Forbes Technology Council is an invitation-only community for world-class CIOs, CTOs and technology executives. Do I qualify?

Sun Aug 30 , 2020
The Fed’s new plan entails keeping interest rates low for as long as it takes to employ as many people as possible, though it may take years before that policy begins to benefit the most financially vulnerable. It’s an acknowledgment that rate hikes in previous business cycles, intended to head […] 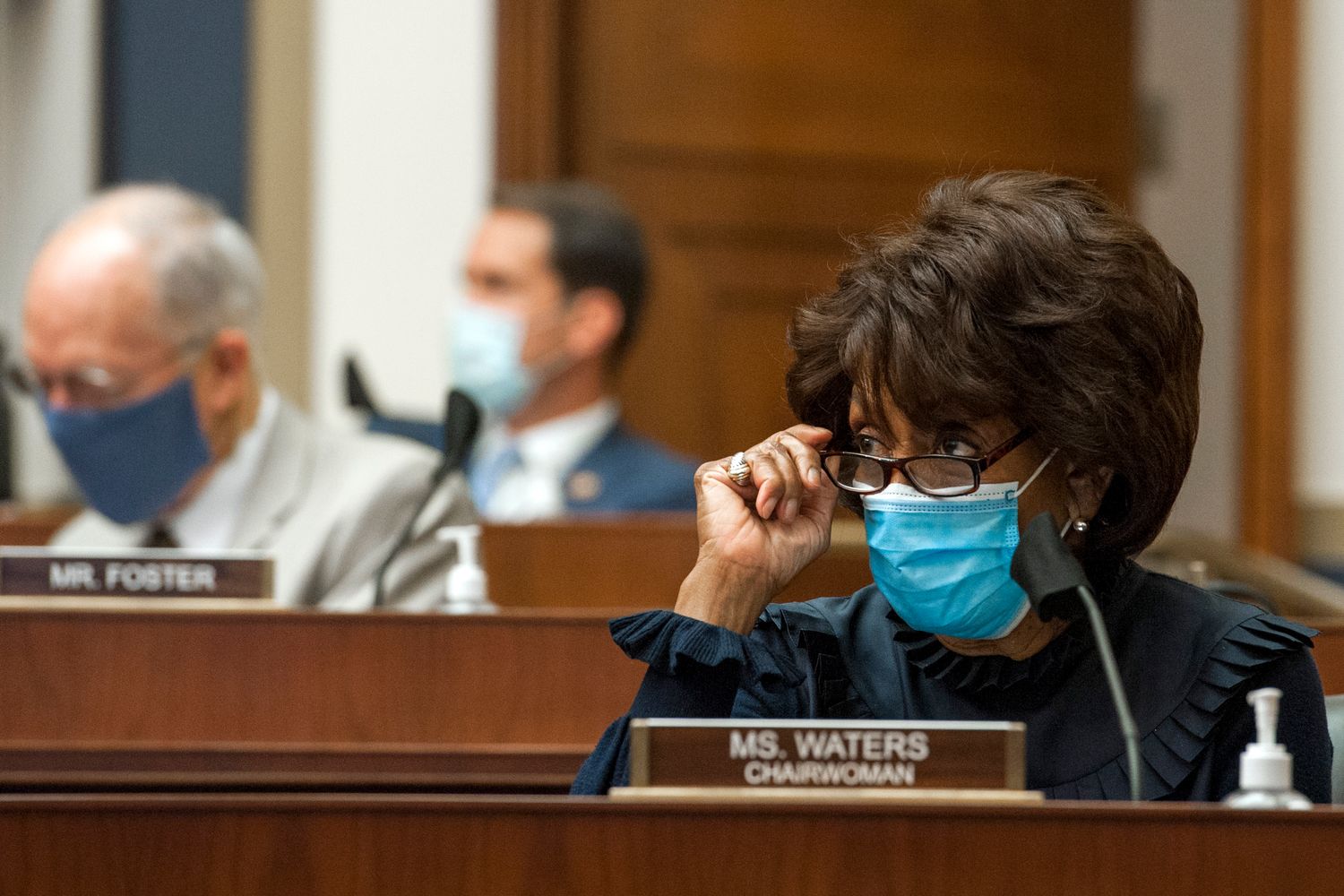