Each presidential election, we are reminded of Ohio’s reputation as a bellwether state in national politics. No doubt we will be hearing the phrase “As Ohio goes, so goes the nation” reprised in the coming weeks, as Cleveland hosts the first presidential debate of 2020 and the candidates continue to court voters across the state.

But while Ohio may be a leader in picking presidents, our state is shamefully at the back of the pack when it comes to picking winners in the energy sector. States like Iowa, Oklahoma, Kansas, South Carolina and Texas (all red states) — as well as all the forward-looking states on the East and West coasts — are aggressively investing in clean energy opportunities because they see the tremendous potential for environmental and economic benefit. Meanwhile, Ohio has made headlines for the corrupt and allegedly criminal efforts on the part of some public sector leaders to cater to special interests and subsidize a declining fossil fuel industry, footing taxpayers and consumers with the bill. It doesn’t have to be this way. During the energy crisis of the 1970s, NASA’s Glenn Research Center in Cleveland was a leader in the U.S. Wind Energy Program, working to develop turbine technology that could be transferred to private industry. Now is the time to put Ohio back on the map as a leader in the advanced energy economy. Our recovery from the current crisis may depend on it.

In short order — and in no uncertain terms — the pandemic has revealed the deadly implications of social determinants of health. Poverty, exposure to air and water pollution, lack of access to health care and chronic underlying health conditions dramatically increase your risk for hospitalization and death due to COVID-19. In the city of Cleveland, many residents are subject to all of these risk factors. While Cleveland is home to world-class educational and medical institutions, entertainment venues and access to a dynamic system of Metroparks, it is also the poorest large city in the United States, edging out Detroit in recently released data from the U.S. Census Bureau. Cleveland also ranks ninth worst in the country for sooty air pollution. Due to the legacy of redlining and other racist policies that continue to affect access to resources in our city, Black and Latinx residents face an even higher likelihood of risk factors and have been hit disproportionately hard by the health and economic impacts of COVID-19. The pandemic has only exacerbated the longstanding racial disparities in health and economic outcomes. If we don’t do anything to mitigate climate change, we can expect pandemics to happen with greater frequency.

Compounding the alarming realities of the COVID-19 pandemic, not to mention its estimated $8 trillion cost to the U.S. economy, natural disasters are becoming more frequent and intense due to climate change. Already this year, communities across our country have been devastated by tornadoes, hurricanes, forest fires, flooding and more. Setting a new record, 2020 marks the sixth consecutive year with at least 10 separate billion-dollar natural disasters. Here in Ohio, we can expect heavier precipitation and flooding as climate change progresses, as well as the continued warming of the Great Lakes — all of which will negatively impact water quality. Warming water is expected to create more toxic algal blooms and harm fish, while heavier rains will increase the amount of pollutant runoff into our lake, threatening beach safety and our drinking water supply. Right now, experts believe we have 10 years left to take meaningful action. After that, the effects of climate change will be catastrophic and difficult to contain.

Imagine a future where Greater Cleveland and Ohio are recognized as a Midwestern hub for the growing advanced energy industry, where good jobs that pay family-sustaining wages are available to people of all backgrounds, races and ethnicities — helping to close the racial gaps in our community and allowing more residents to build wealth and invest back into their neighborhoods. Imagine a future where we can eat fish from Lake Erie any time we want, not just the once-a-week limit recommended by the Ohio Department of Natural Resources due to high mercury levels in the lake caused by coal-fired power plants. Imagine a future where the air we breathe and the water we drink doesn’t cause serious underlying health conditions, reducing overall health care costs and preventing premature disability or death for many individuals. This future is possible if we invest in the advanced energy industry and other climate-friendly policies today — both here in Ohio and across the nation.

In this seminal moment for our country — as we contend with a global pandemic, a historic reckoning with systemic racism and an escalating cycle of natural disasters — Northeast Ohio, backed by a supply chain from across our entire state, has an opportunity to lead from the heartland by making environmental and clean energy policy a focus of our recovery strategy. On Sept. 29, President Donald Trump and former Vice President Joe Biden will take the stage here in Cleveland for the first presidential debate of the campaign. According to recent reports, the environment is not among the topics that will be covered in the debate questions. This is unfortunate. If we were moderating, there is one question that we would be sure to ask the candidates: What will you do to promote a resilient, clean energy future here in the Midwest and across the United States? The answer matters now more than ever. 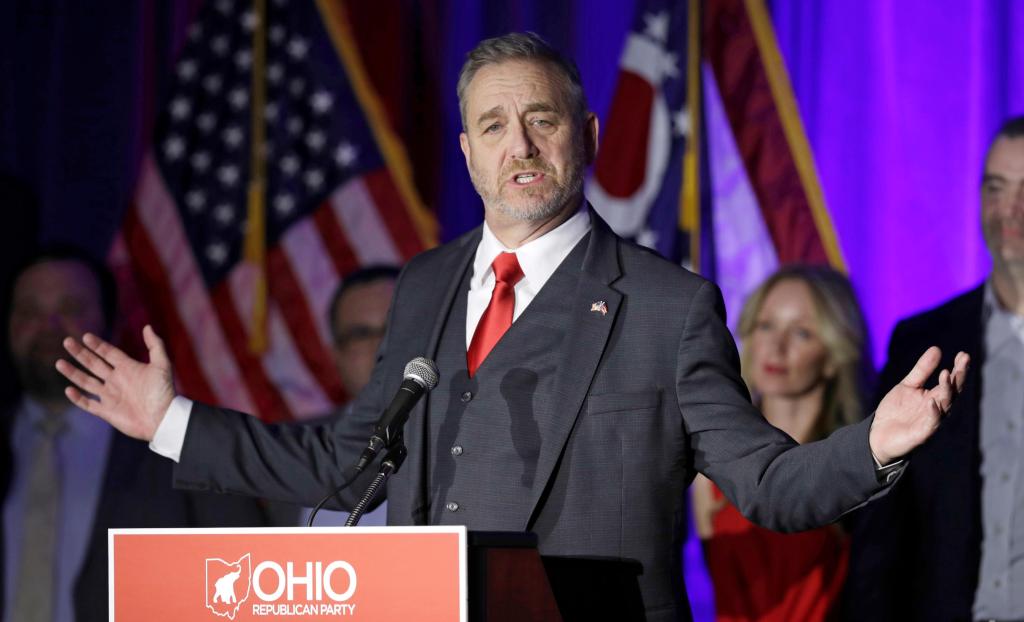