It could be years before the central bank raises interest rates above a “low” level, Jerome H. Powell, the chair of the Federal Reserve, said on Friday, a sign of the Fed’s steadfast view that the economy, while slowly recovering, will need extraordinary support for an extended amount of time given the pandemic.

His comments, in an interview with NPR, were a contrast to those from the White House, which hailed Friday’s jobs report showing the unemployment rate dipping to 8.4 percent as a sign of a continued, rapid recovery from the depths of the pandemic recession.

“The economy is now recovering,” Mr. Powell said. “But it’s going to be a long time, we think. We think that the economy’s going to need low interest rates, which support economic activity, for an extended period of time. It will be measured in years.”

The Fed slashed interest rates to near zero in March and has increasingly suggested that it is in no rush to raise them, even if the unemployment rate drops and the labor market is running hot.

Last month, Mr. Powell announced a major shift in how the central bank guides the economy, signaling it would make job growth pre-eminent and would not raise interest rates to guard against expected inflation just because the unemployment rate is low.

“What we’ve learned is that unemployment can be even lower than we thought and not result in troubling levels of inflation,” Mr. Powell told NPR. Later, he added: “We’re not going to prematurely withdraw the support that we think the economy needs.”

While Mr. Powell expressed concern over the long-run sustainability of federal debt, which will nearly exceed the size of the economy this fiscal year, he said now is not the moment to worry about cutting spending and limiting borrowing. “The time to start working on fiscal sustainability is not right now when we have so many people in need,” he said.

Cumulative change in all jobs since August 2016

By Ella Koeze·Data is seasonally adjusted.·Source: Bureau of Labor Statistics

Employers continued to bring back furloughed workers last month, but at a far slower pace than in the spring, and millions of Americans remain out of work.

The U.S. economy added 1.4 million jobs in August, the Labor Department said Friday, down from 1.7 million in July and down sharply from the 4.8 million added in June. Payrolls are still more than 11 million jobs below their pre-pandemic level.

The figure for August job growth was buoyed by the hiring of close to 240,000 temporary workers for the 2020 census, most of whom will be laid off when census canvassing ends later this month. Private-sector payrolls, which were not affected by the census hires, rose by one million in August, down from 1.5 million in July.

The report on Friday provides some of the first clear data on the state of the economy as emergency federal spending winds down, including a $600 weekly supplement to unemployment benefits that helped keep many households afloat early in the pandemic. Economists warn that without that supplement, which expired at the end of July, millions of families will struggle to pay rent and buy food, reining in the broader economy.

Black unemployment rates are higher than those for other demographics

Unemployment rates by race for men, women and over all

By Ella Koeze·Rates are seasonally adjusted except those for Asian men and women.·Source: Bureau of Labor Statistics

The pandemic-induced downturn sent the unemployment rate for women skyrocketing, but the figure is also falling relatively quickly as business lockdowns ease and the job market recovers.

The unemployment rate for women 16 or older declined to 8.6 percent in August, a report from the Labor Department showed, down from 16.2 percent at its peak in April. Women have staged a faster rebound than men, albeit from much worse levels.

Along other demographic lines, people of color continue to face a worse job-market impact from the pandemic recession than their white counterparts. The unemployment rate for Black workers remains the highest among large racial groups at 13 percent, which up from 5.8 percent in February. Asian workers have seen a particularly large sustained unemployment hit: Their jobless rate is now 10.7 percent, up from 2.5 percent before lockdowns started.

When Sharmah Wardlaw lost her job as a receptionist at an Atlanta convention center in March, she was meant to be on a temporary furlough. But as the weeks and months went by, she was not recalled to work. Then, on Aug. 10, the hammer fell: She got a letter from her employer telling her she was permanently laid off.

Ms. Wardlaw, 55, had been making ends meet thanks to the $600-a-week federal supplement to her unemployment benefits. That allowed her to pay the $1,100 rent and other bills for her apartment in Stonecrest, Ga., where she lives with her 19-year-old daughter.

When the supplement ceased at the end of July, she was left with $300 a week in state benefits. She had tucked away enough from each unemployment check to pay her rent for August, but not for September. So in mid-August, she withdrew $25,000 from her 401(k) account to pay her coming bills.

Then, on a whim last Sunday, she bought three lottery tickets, all with the same number. She woke up on Tuesday to the news that all of her tickets were winners. She had won $15,000 — enough to pay her rent through the end of the year.

That stroke of luck changed everything.

“I can breathe a sigh of relief,” she said. “If I hadn’t won, I’d be draining my retirement savings to pay my rent.”

Ms. Wardlaw hopes to find a new job before the lottery money runs out.

Hourly wage growth remained high in August, as shifts in the composition of the labor force that have been distorting the figures continued to muddle the numbers.

While wage data in the United States have risen rapidly during much of the pandemic era, the trend reflects a statistical quirk. Workers at the lower end of the earning spectrum have disproportionately lost jobs, taking smaller data points out of the pool and pushing up the overall average in what economists call a “compositional shift.”

“The large employment fluctuations over the past several months — especially in industries with lower-paid workers — complicate the analysis of recent trends in average hourly earnings,” the Labor Department report said.

Average hourly wages were 4.7 percent higher in August than they were a year earlier. That is slightly weaker than the July figure, but still sharply elevated from the 3.3 percent average gain for the data series in 2019.

On the ground, the wage story has been complicated, based on anecdotal evidence. While some employees have received hazard pay for coming to the workplace while infection remains a risk, others have taken wage cuts as companies tried to avoid furloughing workers even as revenues sank. Employers have at times reporting raising pay to compete with expanded unemployment insurance, which lapsed in late July.

“A number of staffing agencies reported that before enhanced unemployment benefits had expired, the benefits motivated them to raise wages to attract workers,” according to the Federal Reserve’s Beige Book business survey for August, based on interviews from the Cleveland district. In the Philadelphia area, companies reported retaining so-called “hero” pay, while some in the Atlanta region reported rescinding salary cuts even as others made them permanent.

The share of Americans who are either working or looking for a job continued to rebound in August as the labor market heals from the depths of the pandemic recession.

The labor force participation rate increased to 61.7 percent, a report from the Labor Department showed, up from 61.4 percent the prior month and roughly in line with the median forecast in a Bloomberg survey of economists.

The rate is down from 63.4 percent in February, before the pandemic-induced downturn.

Economists closely watch participation measures, which provide a more complete picture of labor market strength than the jobless rate alone. A rise in the unemployment rate that happens because more people have chosen to look for work can actually be a sign that job market prospects are improving, for example. That participation is rising even as joblessness falls signals that the job market is staging a genuine rebound.

A closely watched measure of labor force attachment among prime-working-age Americans, the participation rate for those 25 to 54 years old had been holding roughly steady over recent months. It stood at 81.4 percent in August, little changed from 81.3 percent in July. That is better than the recent low of 79.9 percent in April, but still down sharply from 83 percent before the crisis.

A long rebound in prime-age participation before the pandemic had been a bright spot in the broader U.S. labor market performance.

The British economy has rebounded faster than expected out of its deepest recession on record, but the circumstances that let that happen are already disappearing, a central banker warned.

It is “quite likely” that the U.K. will need more monetary stimulus, Michael Saunders, a member of the Bank of England’s interest rate-setting committee, said in a speech on Friday.

“The economy in June, July and August has benefited from a relatively benign confluence of factors,” Mr. Saunders said. Government spending and other fiscal support were very high, while the easing of lockdown restrictions boosted spending. “Even that very limited sweet spot may now be fading,” he said.

Coronavirus infection rates in the U.K. and Europe are rising again, and consumer confidence has stalled, Mr. Saunders added. Meanwhile, the government’s plans to roll back spending measures will reduce net fiscal support to an average of £15 billion ($19.9 billion) in each of the next two quarters, about 2 to 3 percent of gross domestic product. Between April and June, fiscal stimulus amounted to 19 percent of G.D.P.

“I do not interpret the economy’s recovery in the last few months as a strong signal that further upside surprises lie ahead,” Mr. Saunders said.

Earlier this week, two other policymakers said the British economy might experience longer-term impacts and a slower recovery than the central bank had most recently forecast.

The editors and reporters for the DealBook newsletter sift through a lot of company reports and listen to many earnings conference calls. These are some of the things that caught our notice this week:

🥫 “We all knew that there would be a pivot eventually back to healthier recipes … a little more comfort-oriented initially, a little more healthier now.” — Mark Clouse, Campbell Soup’s chief executive

⚠️ “A large portion of the demand is driven by folks who are just fearful of their personal protection and safety, starting with the pandemic and moving on to the civil unrest.” — Mark Smith, the Smith & Wesson chief executive

😷 “Yesterday I bought a good amount of spectacular Christmas-decorated KN95 masks. So hopefully those masks will encourage people to get close and hug their families while still protecting themselves.” — Michael Ross, Dollarama’s chief financial officer

💻 Zoom reported a huge rise in profit this week, generating effusive praise from analysts on its conference call, including “another incredible quarter,” “a truly outstanding quarter” and “another just phenomenal quarter.” Others thanked the videoconferencing company for more fundamental reasons: 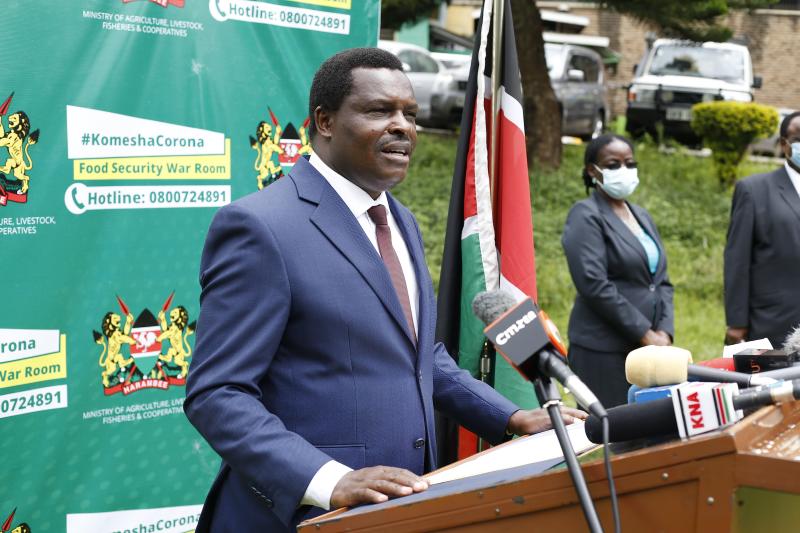