© Gary Solilak/CBC Premier Brian Pallister could help Manitoba’s economy by employing expertise within the province instead of outsourcing to private companies, Joanne Seiff says. As the number of COVID-19 cases rises, Manitoba needs a lot of contact tracing in order to contain the coronavirus’s spread. The Manitoba government now […]

As the number of COVID-19 cases rises, Manitoba needs a lot of contact tracing in order to contain the coronavirus’s spread. The Manitoba government now is asking private call centres if they are up for the job.

There’s something wrong with this picture.

Months ago, the federal government asked volunteers to step up if they were able to help with contact tracing.

However, Brian Pallister’s Progressive Conservative government has a private outsourcing strategy in place, and it’s not changing course now.

Remember when the government relied on KPMG to do an analysis of higher education in Manitoba?

Yes, the government hired an outside consulting firm and paid them a lot of money when they simply could have asked some of the higher education experts, currently employed at our province’s universities, how they might suggest the province meet its goals on higher education reform.

Perhaps you recently wanted to purchase a fishing or hunting licence or a provincial park pass. The government of Manitoba now uses an online system. Convenient, yes — but the system itself is based in the U.S., and the work and administrative fees no longer remain in Manitoba.

Earlier in the pandemic, many scientists in Manitoba’s universities closed down their laboratories and headed home.

In more than one case, those labs had cases of gloves, equipment for testing and other essentials sitting out in plain sight.

At first, professors felt sure that the provincial and federal labs would call upon them for their equipment, materials and expertise. More than one biology professor thought his lab’s graduate students might be called up to help facilitate testing for COVID-19.

While there were ad hoc efforts to get those gloves out of the University of Manitoba’s storage closets and into the hands of the health-care professionals who needed PPE, there was no organized attempt to mobilize the many scientists in our province. Instead, these professors and their research students worked from home as best they could.

Much of their equipment hasn’t been used since.

One reason offered was that these highly trained scientists were not using the same protocols as the provincial laboratories. While this might be the case, scientists who run DNA sequences can learn new protocols. This is not an unusual expectation of someone with a PhD.

Instead, the province boasted that they had boosted their testing capacity by using Dynacare, a private company that ships many samples out of province.

Although Manitoba has many talented experts on hand — PhDs working at the universities here with specialized training in science, social work, epidemiology, education and all sorts of fields relevant to the COVID crisis — the current government doesn’t employ an “all hands on deck” approach to solving its problems.

Rather than mobilize the home troops to solve pressing issues during the pandemic, or even mundane ones like fishing licence procurement, this government likes to hire out the work.

More often than not, the money spent doesn’t stay in the province.

In some cases, like contact tracing, the federal government has already compiled a list of capable volunteers in Manitoba, ready to do the work for free. How’s that for a “Made in Manitoba” solution?

We need to work together to fight this coronavirus, and many Manitobans have the skills necessary to do the job. It’s a shame that Manitoba’s current government doesn’t see fit to use our skills or sink those funds back into our provincial economy.

Premier Pallister is deeply concerned about Manitoba’s debt. Perhaps the province could employ Manitobans and use that cash infusion to support its own economy rather than pay outsiders to do the same work.

This column is part of CBC’s Opinion section. For more information about this section, please read this editor’s blog and our FAQ.

Mon Aug 31 , 2020
The COVID-19 outbreak has presented a formidable challenge to global government bodies, health organizations and citizens, but hackers view it as something else: an opportunity – especially in targeting the finance industry A Boston Consulting Group report found that financial services firms are 300 times more likely than other companies […] 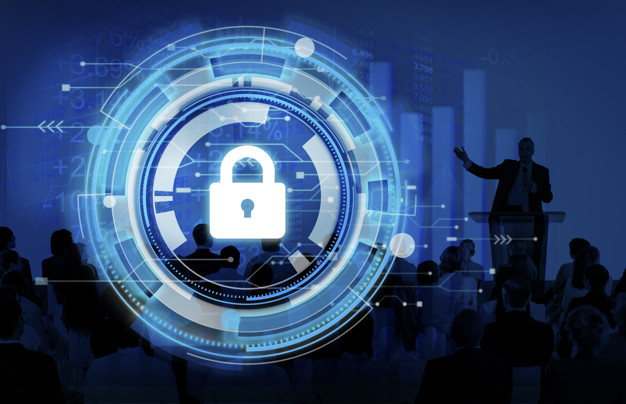