WASHINGTON — It’s the paradox of a pandemic that has crushed the U.S. economy: 12.9 million people have lost a job and a dangerous rash of businesses has closed, yet the personal finances of many Americans have remained strong — and in some ways have even improved.

A new poll from The Associated Press-NORC Center for Public Affairs Research finds that 45{5667a53774e7bc9e4190cccc01624aae270829869c681dac1da167613dca7d05} of Americans say they’re setting aside more money than usual. Twenty-six percent are paying down debt faster than they were before the coronavirus pandemic. In total, about half of Americans say they’ve either saved more or paid down debt since the outbreak began.

The findings highlight the unique nature of the current crisis. Nearly $3 trillion in government aid in the form of direct payments, expanded jobless benefits and forgivable payroll loans helped cushion against the fastest economic downturn in American history. Meanwhile, health fears and mandated closures prompted many Americans to spend less on restaurant meals, clothing and travel.

About two-thirds say they’re spending less than usual during the pandemic. Since February, there has been a $1.3 trillion jump in money kept in checking accounts — a 56{5667a53774e7bc9e4190cccc01624aae270829869c681dac1da167613dca7d05} increase tracked by the Federal Reserve. While the greater savings helps to keep families more financially secure, it may also limit the scope of any recovery in a country that relies on consumer spending for growth.

“He’s a businessman, not a politician,” said Sally Gansz, 78, from Trinidad, Colorado. “He’ll get jobs back — he did it before.”

But while the initial burst of aid helped Americans, Trump — who touted his ability as a dealmaker in real estate — could not reach an agreement with Democrats to keep the money flowing after many of the benefits expired this month.

Alan Vervaeke, 59, from Gilford, New Hampshire, said the Trump administration’s failure to contain COVID-19 has forced the government to take on debt, rather than investing in infrastructure and scientific research that could help growth long-term.

“The American economy is going to come back, but I don’t think it’s going to be as robust,” said Vervaeke, a military veteran who manages software engineers. “We need an actual statesman who can create opportunities for average Americans, instead of politicians making a lot of promises they may never keep.”

The downturn has also exposed the depth of inequality in the United States.

People in households that have lost income, including a layoff, are about as likely as those who have not to say they’ve been spending less, saving more and paying down debt, though they are also more likely to say they’ve been unable to pay at least one type of bill.

Those savings might help sustain the economy if the downturn worsens or might propel growth if the coronavirus fades and people become more comfortable with venturing out. Brynn Alexander, 36, is cautiously optimistic.

“It’s better than it was in March, a little bit better,” said Alexander, a mother to four girls with her husband, who serves in Army at Fort Benning, Georgia. “A lot of my friends are getting back to work.”

The AP-NORC poll of 1,075 adults was conducted Aug. 17-19 using a sample drawn from NORC’s probability-based AmeriSpeak Panel, which is designed to be representative of the U.S. population. The margin of sampling error for all respondents is plus or minus 4.1 percentage points.

Thu Aug 27 , 2020
Independent voters “want to hear more about law and order” and “the economic recovery,” pollster Lee Carter told “Fox & Friends” on Thursday. Carter, the president of Maslansky & Partners, broadcast her “voter dials,” which assess the real-time reactions to the Republican National Convention from voters across the political spectrum, rating candidates’ statements from A […] 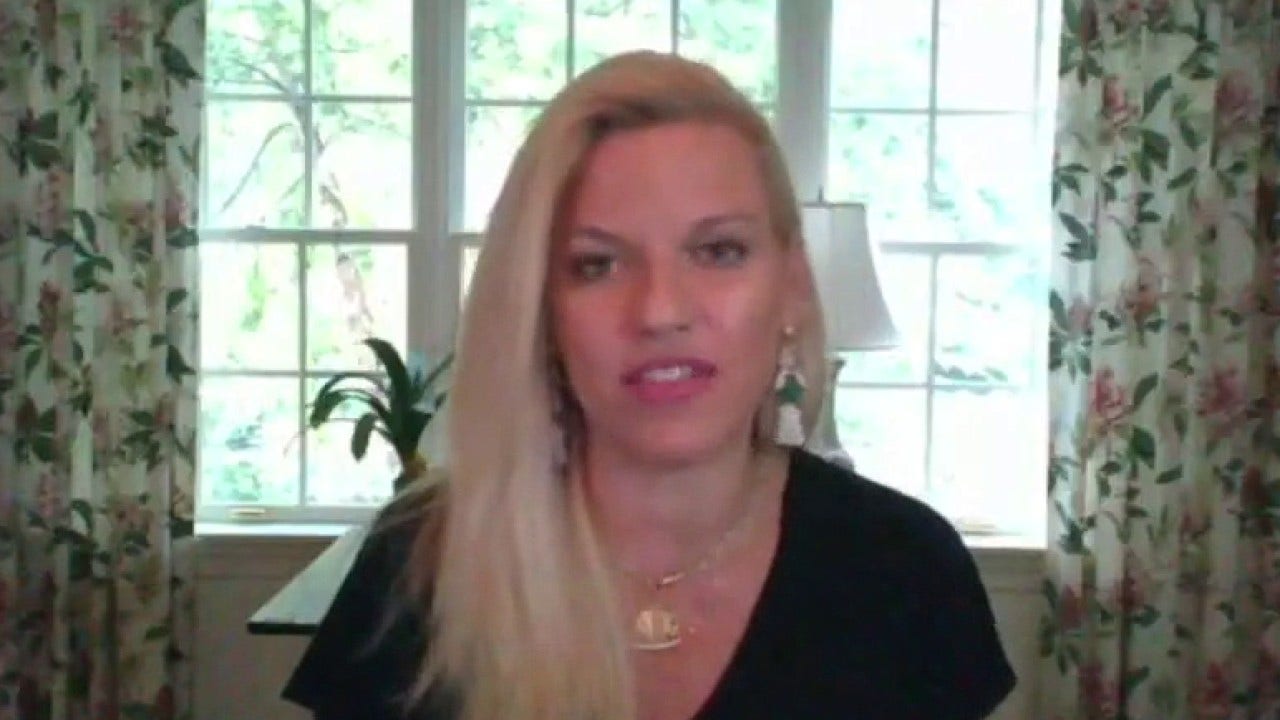