President Donald Trump’s “most favored nations” executive order is not expected to garner significant cost savings for most Americans, according to analysis published Aug. 27 by the Kaiser Family Foundation.

President Trump on July 24 signed four executive orders aimed at lowering drug prices, three of which were released to the public. The remaining executive order, dubbed the “most favored nations” proposal by the president, aims to ensure the U.S. pays no more for medications than other countries. It was not released because President Trump gave pharmaceutical executives a 30-day period to develop an alternative plan.

The 30-day period has passed, but it remains unclear whether the executive order will be released. Drugmakers have been working on developing their alternative approach, but it is uncertain if they have presented it to the White House. President Trump has continued to tout the potential benefits of the proposal, most recently at the Republican National Convention Aug. 24.

A photographer captured some of the executive order’s text during its signing, revealing its similarities to a federal drug pricing proposal from 2018 that aimed to set prices only for prescriptions covered by Medicare Part B, according to Kaiser.

If the rest of the order’s text continues to bear similarities to the 2018 plan, it applies to only 7 percent of total national drug spending, according to Kaiser’s analysis. Setting prices for drugs covered by Medicare Part B affects about 4 million beneficiaries, but does not affect drug spending for the 45 million Medicare Part D beneficiaries or the 157 million people with private insurance or no coverage.

© Copyright ASC COMMUNICATIONS 2020. Interested in LINKING to or REPRINTING this content? View our policies by clicking here.

Mon Aug 31 , 2020
Tito Mboweni Far from the cliché of a grey-suited quiet man of numbers, South Africa’s Finance Minister Tito Mboweni appears to relish stirring up trouble on Twitter both at home and abroad. His most recent tweets to his more than 870,000 followers criticising the president of neighbouring Zambia earned him […] 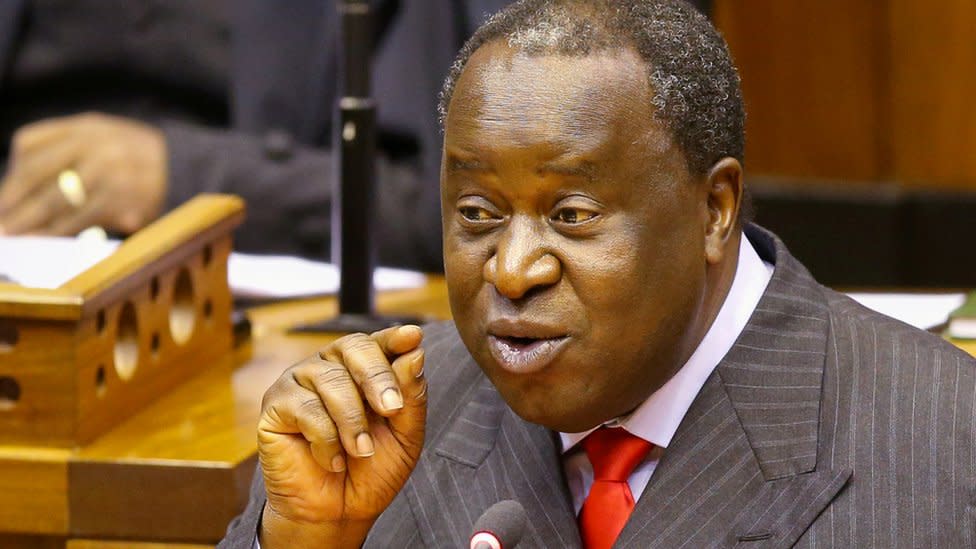