Over the past day, investors on the Robinhood platform have been hot for a natural gas pipeline company called Antero Midstream (AM). In one day, according to Robintrack, the number of Robinhood accounts holding Antero Midstream jumped more than any other stock, from 15,500 to 30,000.

What could the Robinhooders like? Momentum maybe. At $6.83 per share midday Friday, Antero Midstream has nearly trebled in value since March. More fundamentally, they may appreciate Antero’s recent efforts to cut spending and boost distributable cash flows. Plus, given strength in natural gas prices (if you can call $3 per mmBtu strong), and a deep slowdown in oil drilling, there’s good reason to believe gas companies in the Marcellus shale have better days ahead. Assuming AM manages to continue its 30.8 cents in quarterly dividends, its implied yield would be 17.7{5667a53774e7bc9e4190cccc01624aae270829869c681dac1da167613dca7d05}.

On its face, that makes it look like Antero Resources should be the stock getting the Robinhooders excited. The company is America’s third-biggest producer of natural gas (after EQT and ExxonMobil
), doing 3.5 billion cubic feet per day.

Be careful there as well. AR shares have already quintupled since March, when they bottomed out on fears of bankruptcy amid the initial Covid-driven collapse in energy demand. S&P Global Ratings has Antero Resources on negative credit watch, with concern that it could end up in “selective default” on some of its bonds. Antero is in the process of holding a dutch auction for some of its notes due 2022 and 2023, with an expectation that holders may receive at little as 72 cents on the dollar. Still, that’s up a lot from the 30 cents at which Antero Resources bonds were trading in March.

For years the pure-play natural gas producers like Antero lagged oil-focused competitors in the Permian and Bakken. But that paradigm has switched. As oil drillers cut back their new drilling to save cash, it has meant a dramatic reduction in supplies of so-called associated gas — the natural gas that comes up the well along with the more valuable oil. Decades ago drillers would just flare off this associated gas. These days it provides a large portion of national supplies. Associated gas from the oily Permian basin of Texas grew from 1 bcfd to 6 bcfd by 2019, before falling off this year.

Naturally, this frees up potential market share for Antero Resources, which figures it can keep its output flat by drilling 65 new wells per year — for about $600 million in capex per year, less than half its run rate a few years ago, but a modest enough pace to ensure enough free cash flow that the company can live within its means, and its debt load.

Analysts at Tudor, Pickering & Holt, in their research note this morning, said AM is overvalued, and growth challenged:

Ackman sees more gains for his portfolio, urges stock ownership for all Americans

Fri Aug 28 , 2020
Bloomberg Remote-Work Boom Mints Another Internet Billionaire (Bloomberg) — The coronavirus pandemic, for all its human and economic tragedy, has spurred a once-in-a-generation opportunity for the technology industry, seized most visibly by the sector’s giants such as Apple Inc., Amazon.com Inc. and Microsoft Corp., and productivity players like Zoom Video […] 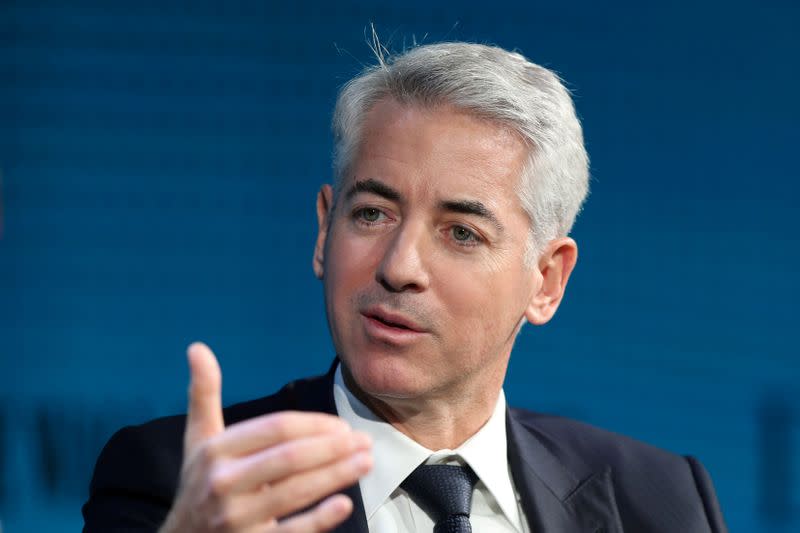