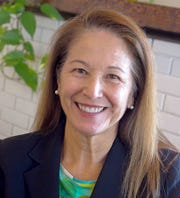 I began my career as a financial planner one month before 9-11, so I’ve had a jaw-dropping, front-row view of the booms and busts since. While the ingredients differ, each peak or valley shares one common piece: as emotional creatures, we are sometimes just plain nuts when it comes to money. Inside the profession, we call it irrational behavior.

Over the years as my knowledge grew my investment beliefs became simpler. These days, anytime I’m pitched a “can’t miss” business/fund/venture I check in with my 20-years-in-the-making rules to assess the “ask”. These are: Clear and simple beats complicated and murky. Know what you own and why; Risk matters more than return. It’s avoiding busts that drives wealth; Costs matter. All else equal, lower is always better.; Debt is a double-edged sword. It’s steroids in booms, but poison during busts; Beware the experts. Horse sense trumps fancy algorithms any day; and Hope is not a sound investment principle. Show me the money.

In 2006, the Washington County Water Conservancy District, the county commissioners and the State of Utah decided you and I should invest in the Lake Powell Pipeline (LPP). The powers that be just released a big paper on the project and are asking for comments. As a good citizen, I always want to pitch in but as a prudent investor, I need lots of info before climbing on board. So I started slogging through reams of paper to vet this “investment” we’re being pitched and found well, a lot of murk and nuttiness.

Here’s what I figured out. Or didn’t. First, the cost of building the LPP is a rascally, moving target. Estimated at $187 million in 1995 it’s been all over the map and now rests between 1 to 3 billion dollars depending whose stuff you read. To be fair, I focused on an August 2019 report to the Utah Legislature by the Legislative Auditor General of Utah. A mouthful but hopefully an impartial one. It says $38 million has been spent so far (eek) with a final price tag somewhere between $1.14 billion and $2.4 billion. Or more. Wow. Lots of zeroes. The report also thinks we can afford it (with lots of caveats) but after reading carefully I don’t get how.

Next — how to finance all the zeroes? Best I can figure Washington County is passing the buck to the State of Utah who will float a bond (borrow the money) in the billions to build it. States do that all the time but there’s a limit to how much you can float and stay upright. So more pipeline-devoted dollars mean less for critical areas like education, healthcare, infrastructure. This stuff is always a trade-off but during a pandemic-induced recession where so many are hurting maybe it’s foolish to get tapped out? And shouldn’t I should have a say about what matters most here?

Then there’s how the heck the State gets repaid. Looks like it’s just us — little ol’ Washington County — paying Utah via LPP water usage fees. The Auditor General report had to make guesses as it’s a long, long estimated payback — 50 years to 79 years. It assumes a 3{5667a53774e7bc9e4190cccc01624aae270829869c681dac1da167613dca7d05} interest rate which is $60 million per year if it costs $2 billion to build the pipeline. The crazy part is while it’s clear we are contractually obligated to pay for the LPP water the latest reports differ on who pays the interest — us or the State. Nor is it clear to me who pays for infrastructure maintenance and repair. Huh? That’s millions a year more but not yet settled? What if it’s us?

Finally, where will Washington County find the money we’re on the hook for? Here’s where murky turns wishful as I see it. Washington County is predicting (hoping?) we can stay afloat by 1) increasing impact fees for building, 2) increasing water rates, and 3) increasing property taxes. Ulp. That means you and I will foot this bill and it’s a steep one even using optimistic population growth numbers. In the 1,975 pages plus (egad) just released the money part is all about ATP = Ability To Pay. The real issue is do we want to? There are pages and pages of mind-boggling analysis on the original four counties yet aren’t we the only ones left willing to risk it? And an itty bitty addendum submitted by the hired gun who naturally wants to see the deal go through. His position is not to worry, easy peasy, that group of University economists shouting “danger!” used flawed assumptions.

Let me get this straight… my flawed assumptions trump yours on a billion-dollar-plus IOU we’ll be paying on for maybe 79 years? Not knowing exactly how much it’s going to cost you and me is like taking a horrid payday loan with no idea how you’ll pay it off. This is textbook irrational behavior!

Let me be clear. I am not taking a position for or against the pipeline here. Why? Because before I take a stance I need to know one key thing: Can we afford it? If we can’t, the pro or con argument is a moot point — we have to go back to the drawing board or risk our solvency and futures. The problem is even with my 20 years in the financial industry and pages of reading I don’t know the answer.

Back to my rules: This investment pitch is not clear, nor simple, is terribly costly, appears terribly risky and involves you and me taking on giant debt at a time when a recession that might linger for longer is signaling caution. Did we not learn anything from 2008? Worse, the “experts” insist we follow them blindly, without a vote. Isn’t that also taxation without representation and horribly un-American? And finally, all the fancy modeling they throw at this thing doesn’t trump my bottom-line conclusion which is this project, as it stands now, just doesn’t make any horse sense.

Alarm bells are ringing. Bottom line? Want me on board? Then explain to me clearly how we swing it vs. making me search through volumes of murk. Prove how we pay for it without hocking our futures to the hilt. Make it make sense. If it’s truly viable and sensible I’ll jump … but you first. Until you do, Washington County, it’s time for the rest of us — who will be paying the price for years — to ask, squawk, shout, insist, and comment to those in charge: SHOW ME THE MONEY!!!

Kayla Koeber has lived in Silver Reef, Utah since 1996. In 2015 she founded Voyager Wealth Advisors, Inc., an independent branch of Raymond James Financial Services.  Her volunteer history includes membership in the Vision Dixie Steering and Implementation Committees, the So. Utah Estate Planning Council, the American Association of University Women and the Kayenta Arts Foundation.

How Financial Crime Is Being Thwarted By AI, ML