(Bloomberg) — Even before Covid-19 shuttered economies across the world, many women faced retiring with less savings than men. Now, that gap is set to widen further in some of the world’s biggest pension systems.

Women already typically earn less than men and take more time out from the workforce to have children, resulting in diminished pension pots. And as coronavirus lockdowns smash industries such as air travel, tourism, retail and hospitality, they face a disproportionate risk of losing their jobs, according to the Organisation for Economic Cooperation and Development.

The policy response to the pandemic also risks exacerbating the problem. Some countries, including Australia, the U.S., Spain, Denmark and Canada are allowing people early access to their retirement funds to weather the crisis, raising concerns that women — who tend to live longer than men — are further depleting their savings.

“There is some indication that women could be more affected and that the pension gap would increase down the road,” said Maciej Lis, an economist in the OECD’s pensions and population aging team in Paris. “The crisis seems to worsen the labor market prospect of women more strongly than men because women tend to work in more affected sectors.”

The issue is a further challenge for policymakers who are already grappling with how to provide for aging populations. And it is exposing underlying flaws in pension systems designed to ensure people are financially secure in retirement without being dependent on welfare.

A key problem in Australia is that the pension system known as superannuation is linked to paid work. Employers have to pay 9.5{5667a53774e7bc9e4190cccc01624aae270829869c681dac1da167613dca7d05} of a worker’s gross salary into a retirement fund each month — but the threshold for those payments being compulsory is a monthly income of A$450 ($320), meaning many lower paid and casual workers miss out.

“We have a very sophisticated retirement system that rewards those with an unbroken career track,” said Debby Blakey, chief executive officer of the Melbourne-based Health Employees Superannuation Trust Australia, a A$52 billion pension fund with predominantly female members. “The system doesn’t work for women who take time out of the workforce, women who work casually at times, part time and it doesn’t put enough value on those years of unpaid work.”

Covid-19 will amplify women’s unpaid work burdens, the OECD said in a report on the virus’s impact.

The Australian government is undertaking a review of the retirement savings system, and submissions have called for the A$450 threshold to be removed. David Knox, a Melbourne-based senior partner at Mercer, says the government could also consider contributing to pensions while women take time out to be family carers.

Countries doing better — such as Denmark and Sweden — compensate well for career breaks for childcare, a European Parliament report found. Most also have high levels of income redistribution. Denmark is among nations that have closed the retirement income gap to about 8{5667a53774e7bc9e4190cccc01624aae270829869c681dac1da167613dca7d05}, according to OECD data.

The report cites Greece, Italy and Spain as among countries facing risks when it comes to retirement savings for women. It highlights issues such as low female employment rates, a high proportion of women working part time and high gender pay gaps.

These Are the World’s Best (and Worst) Pension Systems

Similar issues are at play in the U.S. and now the negative economic effects of the pandemic are further threatening a financially secure retirement, especially for women, according to the Transamerica Center for Retirement Studies.

“Long before the pandemic, women already faced formidable challenges in saving and planning for retirement,” said Catherine Collinson, the center’s CEO. “Any disruptions in employment, income, and access to benefits for women are likely to widen the gap. Furthermore, given long-standing societal roles, women may find themselves more involved in home schooling their children or being called upon to be a caregiver for an aging parent or loved one.”

She called for changes to Social Security, including providing credits for unpaid time spent in care-giving roles.

Increasing levels of financial literacy could help. In a study last year, Fidelity International found that while Australian women worried about their financial future more than men, more than a third didn’t know how much they needed to retire.

Mercer in the U.K. found that women were more risk averse, choosing more defensive pension investments that tend to have lower returns.

“If they have a personalized approach to investment management, asset allocation, you can do more to help those women get into a better position for their retirement,” Hampshire said in an interview.

Smaller funds targeted at women are moving that way. FairVine Super, which was started last year with the purpose of helping women narrow the retirement savings gap, is allowing members to reduce their fees by 50{5667a53774e7bc9e4190cccc01624aae270829869c681dac1da167613dca7d05} if they have been financially impacted either through job losses or pay reductions from Covid-19, according to Chairman Sangeeta Venkatesan.

Structural failings are going to be compounded by the Australian government allowing people impacted by the pandemic to withdraw up to A$20,000 of their retirement savings early.

Sat Jul 25 , 2020
By Devika Krishna Kumar and Stefanie Eschenbacher NEW YORK/MEXICO CITY (Reuters) – Mexico has asked top Wall Street banks to submit quotes for its giant oil hedging program, sources familiar with the matter said on Friday, while trading in crude oil options has increased this week ahead of the megadeal. […] 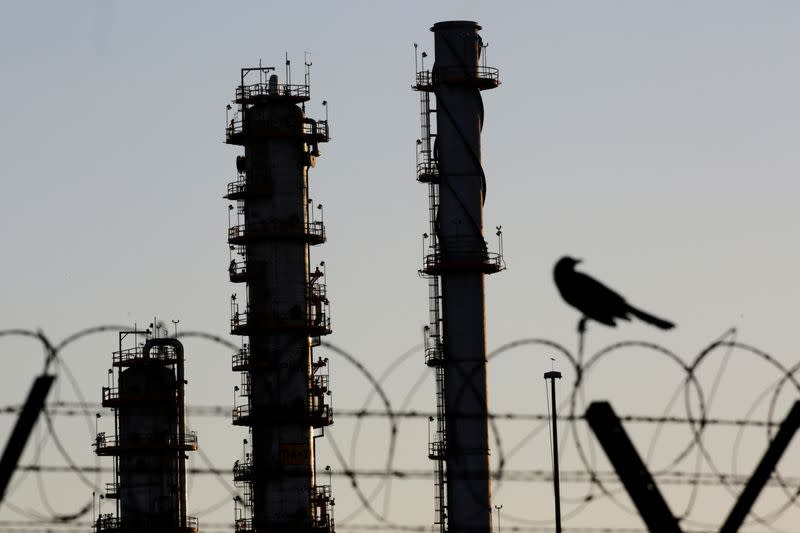