Tito Mboweni Far from the cliché of a grey-suited quiet man of numbers, South Africa’s Finance Minister Tito Mboweni appears to relish stirring up trouble on Twitter both at home and abroad. His most recent tweets to his more than 870,000 followers criticising the president of neighbouring Zambia earned him […]

Far from the cliché of a grey-suited quiet man of numbers, South Africa’s Finance Minister Tito Mboweni appears to relish stirring up trouble on Twitter both at home and abroad.

His most recent tweets to his more than 870,000 followers criticising the president of neighbouring Zambia earned him the wrath of many in that country, and a chastisement from his own President, Cyril Ramaphosa.

But the well-respected economist is affectionately known on Twitter in South Africa as “Uncle Tito” for his more domestic concerns.

While the 61-year-old tweets about a number of issues, his posts on what he is making for dinner are what gets most reaction from ordinary South Africans. But he is, let’s say, not as talented in the kitchen as he is with numbers.

His dishes are simple and hearty and the man loves his chillies and garlic, oodles of either usually have pride of place on the plate – much to the shock of those with sensitive palates.

One of his most notorious tweets showed him with beads of sweat running down his face from the kick of a newly discovered concoction with chillies.

He may be a serious man but he is not afraid to be the butt of a joke.

His cooking recently gained further attention over his roast chicken – not one of his finer moments, even by his own admission.

South Africans took the opportunity to mock him over the culinary disaster with rugby captain Siya Kolisi using the moment to show his own skills in the kitchen.

Apart from posting his “meal-for-one” dinners, he does also write about his frustrations at the state of the economy and world events, but his candidness has sometimes put him at loggerheads with other officials.

In the latest episode of Mr Mboweni’s “I-tweet-what-I-like” series, the finance minister got embroiled in Zambian affairs.

Last weekend, reacting to President Edgar Lungu’s sacking of Zambia’s central bank governor, Denny Kalyalya, he wrote: “Presidents in Africa must stop this nonsense of waking up in the morning and fire a Central Bank Governor! You cannot do that.

“This is not some fiefdom of yours! Your personal property?! No!”

He continued: “That Governor was a good fella. Why do we do these things as Africans. The President of Zambia must give us the reasons why he dismissed The Governor – or else hell is on its way. I will mobilize!”

After a backlash from Lusaka, Mr Mboweni in typical outspokenness refused to back down: “Looks like I am in trouble about my statement on the dismissal of the Bank of Zambia Governor! I stand by my statement. Central Bank independence is key. Not negotiable. Let all central bankers speak out!”

The tweets were later deleted. But the damage was already done and the Zambians were not impressed.

South Africa’s president reprimanded him over the tweets and issued an apology to the Zambian government over what he described as “unfortunate remarks” and promised to make sure the incident does not happen again.

However, he did not spell out how this would be prevented.

It’s not that Mr Mboweni is combative, it’s that unlike some ministers who are equally popular on Twitter, he does not seem to mind going against the party’s line to say what he believes in.

Not just a keyboard warrior

This has won him the admiration of some. They see him as a man who does not simply sing for his supper.

Mr Mboweni is not just a Twitter struggler – he was one in real life.

After going into exile in neighbouring Lesotho in 1980 for his activism against white-minority rule in South Africa, he joined the African National Congress (ANC).

He is now one of the governing party’s longest serving members and has occupied several influential positions over the years.

He was the country’s first black central bank governor between 1999 and 2009 and has been a fierce defender of its independence, publicly opposing an ANC policy to bring the bank under direct government control.

This might also explain his views on what happened in Zambia.

He was born in 1959 in Tzaneen, a small town in Limpopo province, one of South Africa’s poorer provinces, at a time when black people were excluded from certain types of employment and education, and were not free to move around the country.

The youngest of three children, Mr Mboweni had a modest upbringing and is celebrated for getting to the top through his own hard work.

He got a BA degree in economics and political science in Lesotho followed by a master’s degree in development economics at the UK’s University of East Anglia.

Those on the left of the governing ANC are suspicious of his more liberal economic approach, which they see as too business friendly.

He is not afraid to take on anyone who he disagrees with in his party.

Last year, he publicly rowed with the ANC premier of Gauteng province, David Makhura, over whether motorists should continue to pay electronic road tolls.

The ANC had promised that it would get rid of the contentious payments.

But Mr Mboweni said on Twitter: “I don’t know why the middle and upper classes in Gauteng want to complicate our lives. The working class do not pay e-tolls! Public transport! Hello”.

Mr Makhura disagreed and the two men got a talking-to from the president over their public spat – the sort you get when called into the principal’s office at school.

He has also called for the legalisation of cannabis, saying he wanted to get more tax revenue, and even posted a picture of a cannabis plant that had sprouted up on his property.

There is a playful edge to much of what Mr Mboweni tweets and he can often bring levity into the political arena.

But he is a senior government official, hand-picked by the president to handle an important portfolio, and some of his rants, like the tweets excoriating the Zambian president, have been interpreted as divisive and unhelpful.

Nevertheless, being ticked off in the past has not put the man off and South Africans are set to continue to enjoy a serving of Uncle Tito’s spicy rants.

Mon Aug 31 , 2020
TipRanks 3 Monster Growth Stocks That Still Have Room to Run For the stock market, is it onwards and upwards? As the dog days of summer come to a close, stocks have ripped higher in a remarkable fashion, with the market sitting at record highs. That said, when we make […] 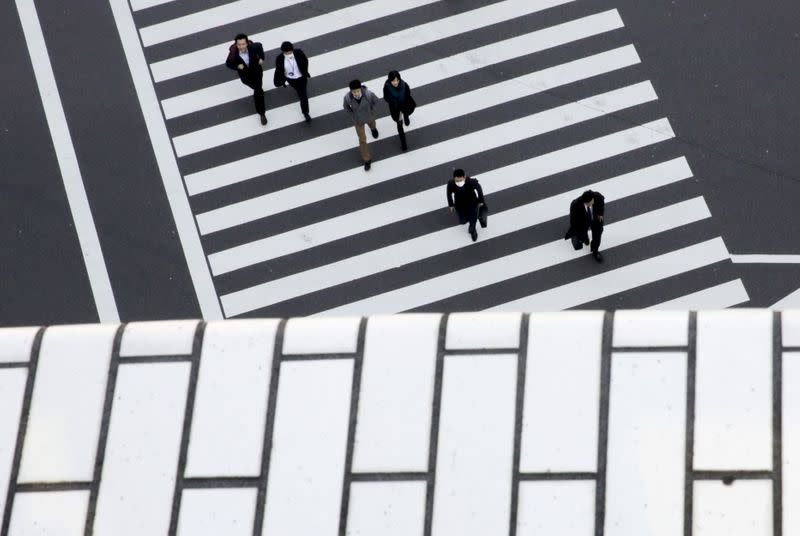