NEW YORK — The gains keep piling up on Wall Street, and the S&P 500 rallied again on Friday to close out its fifth straight winning week.

Income also rose by 0.4{5667a53774e7bc9e4190cccc01624aae270829869c681dac1da167613dca7d05} for Americans last month, snapping back from a drop in June. It adds to other reports showing the economy has improved since the worst of the business lockdowns of the spring, though it remains well below where it was before the pandemic. Data recently has also been relatively mixed.

Technology stocks also again helped to pull the market higher. HP rose 6.1{5667a53774e7bc9e4190cccc01624aae270829869c681dac1da167613dca7d05} after it reported better profit for the latest quarter than analysts expected. The pandemic means more people are working and learning — and printing documents — from home, which helps sales of all kinds of products for HP.

Stocks are continuing to rise after the Federal Reserve on Thursday unveiled a change in strategy that likely means interest rates will stay low for a long time, even if inflation rises above the 2{5667a53774e7bc9e4190cccc01624aae270829869c681dac1da167613dca7d05} target level of the central bank. It’s something Fed Chair Jerome Powell called a form of “average inflation targeting” in a widely anticipated speech, and its full ramifications are still to be determined.

“Markets are trying to figure out what the Fed actually meant by its average inflation target,” said Jamie Cox, managing partner for Harris Financial Group.

With aid from the Federal Reserve firmly in place, investors want to see Congress also deliver more support for the economy. Weekly benefits that it approved earlier for unemployed workers have run out, and investors say the economy desperately needs another lifeline from Capitol Hill to carry it through its current weakness.

“You can already see some cracks forming in what consumer spending will look like if there isn’t much support in the future,” Cox said.

House Speaker Nancy Pelosi and the White House’s chief of staff resumed talks on a big aid package Thursday, the first attempt to restart talks after negotiations fell apart earlier this month. But no deal seems imminent with both sides remaining far apart.

Stock indexes abroad were mixed as the Fed’s momentous decision continued to work its way through currency and other markets.

July personal incomes were up in the U.S., but it won't last 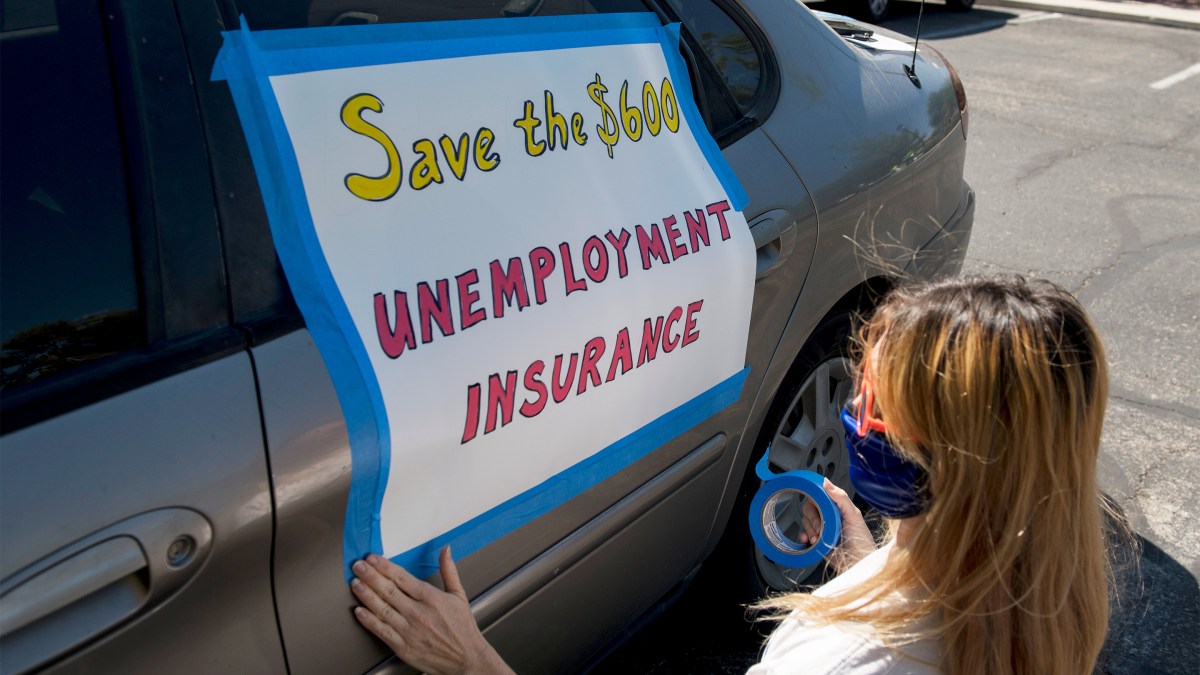