WASHINGTON — Hours before the Justice Department asked a judge to order President Donald Trump’s former national security adviser John Bolton to halt publication of his memoir, senior department lawyers and the White House Counsel’s Office were still debating whether to take that step, according to officials familiar with the deliberations.

The Trump administration had already filed a lawsuit seeking to seize Bolton’s $2 million payday because he did not complete a government review process to screen out any classified information from his manuscript. But some officials feared it was far too late to block the book’s distribution, so any attempt was doomed to fail and would make the government look inept.

Trump, however, was making clear that he wanted an aggressive response — even suggesting Bolton should face criminal charges. Ultimately, the Justice Department moved forward late Wednesday with the attention-grabbing request for an order blocking further distribution of a book that has already been printed and is in the hands of reviewers, reporters and store owners. A federal judge granted the department’s request for a hearing Friday to discuss its motion.

Bolton’s lawyer, Charles J. Cooper, asked the court Thursday to dismiss the lawsuit against Bolton, arguing that his client had not violated the nondisclosure agreements and that the government’s attempt to block his book was legally illegitimate and moot since it was already printed and distributed — not just in the United States, but abroad. He accused the Trump administration of asserting “fictional national security concerns” as a pretext, for the “transparent purpose of preventing Ambassador Bolton from revealing embarrassing facts about the President’s conduct in office.”

While the extent of Attorney General William Barr’s personal involvement remains unclear, the aggressive move is the latest instance in which the Justice Department under his watch has appeared to wield its law enforcement power in ways that align with Trump’s views of perceived political allies or adversaries.

The department’s request for an order that Bolton stop publication of the book seemed “obviously pointless” because it had already been printed and distributed, said Jack Goldsmith, a former senior Justice Department official in the George W. Bush administration. But it was hard to know from the outside whether it took that step for legitimate reasons or just to harass Bolton, Goldsmith said.

“The problem of Trump’s incessantly indicating he wants to use law enforcement to hurt his enemies is it means invariably that any move the DOJ takes related to his political enemies looks like retaliation, whether it is or not,” Goldsmith said, adding, “Especially in light of the pointlessness of the request for an injunction, it’s natural to view it as just the department carrying Trump’s water.”

Some of the department’s other interventions that align with Trump’s preferences have been defensive. A federal judge has accused Barr of using his early access to the report on the Trump-Russia investigation by the special counsel, Robert Mueller, to torque public understanding of its contents in a way that made it seem better for the president than it was.

Barr overruled prosecutors to seek a more lenient sentence for Roger Stone, Trump’s friend and ally, for sabotaging a congressional investigation into Russia’s election interference, and decided to seek dismissal of the case against Trump’s former national security adviser Michael Flynn, even though he had twice pleaded guilty to lying to the FBI.

The Justice Department has also gone on offense in politically charged investigations. Law enforcement officials spent nearly two years investigating Andrew McCabe, a former acting FBI director and Trump’s perceived enemy, over accusations that he was not candid with investigators looking into a media leak. The officials kept the matter alive for months past the point that it apparently became clear that there was not enough evidence to persuade a grand jury to indict him.

Federal prosecutors were also investigating a years-old leak of classified information about a Russian intelligence document with a focus on former FBI director James Comey, who was fired by Trump and is a regular foil for him. Trump has publicly suggested without evidence that Comey should be prosecuted for “unlawful conduct” and spend years in prison.

Last year, the Justice Department sued Omarosa Manigault Newman, a former communications director in a White House office who was fired and then wrote a tell-all memoir, for failing to file a personal financial disclosure report and sought a $50,000 penalty. Manigault Newman has said she did not willfully fail to file the report and has asked for a jury trial, accusing the department of selectively enforcing the law to go after her.

(Using the Freedom of Information Act, The New York Times has requested emails containing or describing communications between the Justice Department and the White House about Manigault Newman. The department said 48 pages of such records exist but has been trying to keep 42 of them secret — for now releasing only a copy of the six-page civil complaint that was attached to one email.)

In the Bolton case, many legal experts said they were not surprised that the Justice Department filed the lawsuit, which in its initial form was focused on going after Bolton’s $2 million advance. If Bolton believed the White House was playing political games in delaying completion of the manuscript’s pre-publication review, the standard step would have been for him to sue — not unilaterally publish.

But the escalation in asking a judge to order him to stop its publication appears to have come far too late. The Justice Department’s Civil Division began to draft its breach-of-contract complaint only late last week after Bolton’s lawyer made clear that his client was setting aside the review process.

In an op-ed published online by The Wall Street Journal midday on June 10, Cooper, declared that the book would be published as planned on June 23. Cooper’s essay recounted at length a four-month back-and-forth over the manuscript to ensure it contained no classified information with Ellen Knight, the National Security Council’s senior director for pre-publication review.

After repeated exchanges, she said on April 27 that she had no more revisions to seek. But the White House never sent a letter to Bolton confirming that the review was complete. On June 7, The Washington Post reported that Bolton was forging ahead with publication even though the White House had not formally signed off.

The next day, John A. Eisenberg, the National Security Council legal adviser, sent a letter claiming that the book still contained classified information after all, Cooper said. He declared that claim “a transparent attempt to use national security as a pretext to censor Mr. Bolton, in violation of his constitutional right to speak on matters of the utmost public import” and said publication was moving forward.

Bolton’s refusal to acquiesce appears to have taken the Trump administration by surprise, and the White House pushed the Justice Department to act — setting off a scramble in the Civil Division to pull together the lawsuit filed Tuesday that accused Bolton of breaching his contract by moving forward without a green light.

“The underlying contract claims aren’t crazy. There are plausible legal arguments that Bolton breached the standard forms that he signed,” said Ben Berwick, who worked in the Civil Division and is now a lawyer at Protect Democracy, an advocacy group that has frequently accused the Trump administration of overreach.

But Berwick said the request for an order telling Bolton to stop publication, filed well after the government could plausibly stop distribution of the book, “undermines the government’s claims.” While the original breach of contract suit might be valid, the escalation looked like an “abuse of power” that could poison the original claim, he added.

“Once again what you’re seeing here is the administration — at the president’s urging, directly or indirectly — using their enormous law enforcement power to go after someone who the president doesn’t like and who is a critic,” Berwick said.

In the hours before the department asked for the restraining order, lawyers there debated whether that step made sense at that late stage. They consulted White House lawyers, who were also debating whether the move would be worth it, according to people familiar with internal deliberations.

Justice Department lawyers decided that the aggressive step could carry benefits even if they did not prevail — including bolstering the attempt to seize Bolton’s proceeds from the book by showing they had exhausted every option to stop it.

They also debated whether to instead bring criminal charges against Bolton for mishandling classified information or disclosing harmful defense information to people not authorized to receive it — a debate that the White House was aware of, the people said. Trump said this week that he hoped Bolton would have “criminal problems” if the book gets out.

While the department stopped short of filing criminal charges for now, the request for the injunction included a public declaration by Michael J. Ellis, an intelligence official on the National Security Council, who said he had been assigned to take another look at the manuscript in May after Knight had completed her review.

He said he had identified at least six examples of classified information in the final manuscript, which he listed for the judge in a separate, classified filing.

“It is my judgment that certain passages in the draft manuscript in its present form are properly classified,” Ellis wrote, “and, if disclosed, will damage the national security of the United States.”

This article originally appeared in The New York Times.

Black women face obstacles when starting their own business. Yet everyone benefits if they succeed 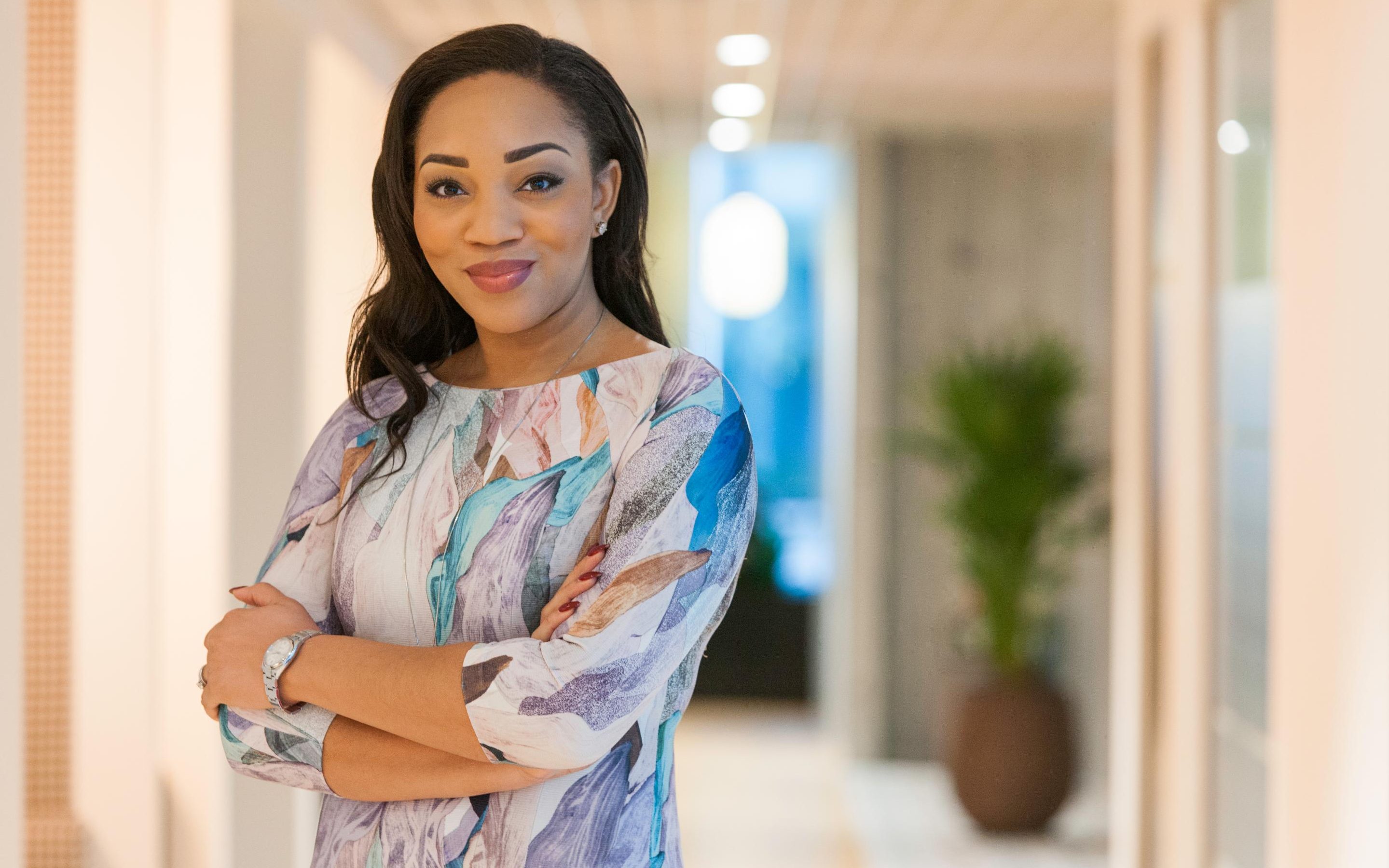