SIR – We are concerned that the long-term impact on women is being overlooked in the Government’s response to the coronavirus crisis.

We don’t deny that men have been affected disproportionately by the virus itself, but evidence shows that the damage done to women in Britain during the pandemic could last for years – and set them back decades.

New research by the Fawcett Society and the Women’s Budget Group has already found that the response to the pandemic has had a disproportionately negative effect on women in all sectors and age groups.

According to the Resolution Foundation, women are more likely than men to be working in sectors that have shut down during the pandemic. Mothers are almost 50 per cent more likely than fathers to have either lost their job or quit, research by the Institute for Fiscal Studies has shown.

One in four women who have been pregnant or on maternity leave during the pandemic have experienced unfair treatment at work – singled out for redundancy or furlough. Women are also more likely to be caring for an elderly relative, according to Carers UK. More working mothers are having to take unpaid leave or voluntary furlough in order to care for family members during lockdown.

The death rate for Covid-19 in black, Asian and minority ethnic women is up to twice as high as for white men.

Lockdown will long delay closing the gender pay gap. Women are losing out on income and pension contribution. But it’s not only financial hardship. During lockdown, demand for Refuge’s national domestic abuse helpline has risen by 66 per cent.

Sportswomen, too, face an uncertain future. The last women’s team sport fixture in this country was on March 14. Yet all the focus has been on male-dominated sports.

The lockdown is turning back the clock on women’s lives in Britain. We call on the Government to take action to halt this reversal.

We are asking the Government to pledge that, when lockdown policy decisions are being taken, there is meaningful representation of women and that the impact of policy on women’s lives is always fully assessed.

SIR – Your admonishment of the Oxford dons (Leading Article, June 18) agitating against our country’s imperial past and Cecil Rhodes in particular is well deserved. What specifically do they and the street mobs they are aligned with object to in Rhodes’s life?

He was Prime Minister of Cape Colony in the 1890s and brought in the common electoral roll well before the Boer War started in 1899, declaring that the only criteria for admission to the roll were income and education. Not many black Africans qualified at the time it is true, but some did.

It was the principle which mattered, and the common roll provision was carried into the South Africa Constitution Act of 1909, long after Rhodes had died in 1902 as the Boer War ended.

The colour-blind stipulation is also built into the qualifications for Rhodes Scholarships, which are awarded annually to citizens of all the individual countries of the then British Empire plus the United States of America. These are to the great benefit of the scholars and to Oxford University, to which Rhodes gave a second huge bequest.

None of Rhodes’s fortune had anything to do with slavery, which had been abolished in the British Empire long before he was born.

Rhodes Scholarships are perhaps the most generous and far-seeing of any university private provision in the whole world.

SIR – Only by selective memory can we forget that, at a time when slave trading was taking place, we were transporting our own people to Australia for quite minor crimes at a time of extreme poverty in Britain.

SIR – A number of people have asked me if there is a memorial to the large number of Royal Naval personnel who lost their lives suppressing the slave trade. I am unaware of one.

The Royal Navy established the West Africa Squadron in 1808 after Parliament passed an Act for the abolition of the slave trade in 1807. The squadron’s task was to suppress the Atlantic slave trade by patrolling the coast of West Africa. At the height of its operations, it employed a sixth of the Royal Navy fleet.

Known as the Preventative Squadron, it remained in existence until 1867. It captured 1,600 slave ships and freed 150,000 slaves.

Many Royal Navy sailors and Marines lost their lives in this cause. Maybe it’s time a monument stood to commemorate their sacrifice.

SIR – I have been trying to contact the DVLA in order to tax a company vehicle that has been on Statutory Off Road Notification. It is now urgently needed for work. We cannot tax the vehicle online as we are still waiting for a V5 log book from the DVLA.

Our phone calls are greeted with the message: “This service is closed.” We’ve tried emailing; the response is: “We are not answering emails.”

It beggars belief that the DVLA cannot operate, when so many businesses across the country, large and small, are coping well.

SIR – The way allegations have been made against the Dean of Christ Church, the Very Rev Professor Martyn Percy (Letters, June 19), breaches the Church of England’s guidelines and ignores recommendations of the Carlile Report into the Bishop Bell fiasco.

I hope that Lord Carey, the former Archbishop of Canterbury whose right to officiate has been revoked (report, June 18), fares better. Abuse victims know that an organisation which puts PR before justice is no friend of theirs.

Roger Landes, an Anglo-French agent during the Second World War, organised a successful resistance cell in Bordeaux. He helped delay German reinforcements from heading to Normandy during the D-Day landings.

Did de Gaulle congratulate him when they met? No. He ordered him home, saying: “You are British. Your place is not here.”

SIR – As the Rugby Football Union reviews the singing of Swing Low, Sweet Chariot at England matches, it might note that in 1939 Germany’s Reich Music Examination Office added it to a list of “undesired and harmful” musical works, thereby banning it.

SIR – We urge the Government to announce a clear plan in the next two weeks outlining how to make it compulsory for all students to return to school in September, on the condition that the spread of coronavirus remains under control.

It is clear that children do not pose a significant risk of spreading the virus and are at an extremely low personal risk. We believe the further damage done to a generation of pupils by continued school closures is far more serious than the marginal benefits to public safety.

The actions taken by the Government were, we believe, necessary, to protect many school staff, students and communities across the country.

However, if the national situation continues to improve, we believe it is vital to reopen schools at the start of the new academic year with significant revisions to social-distancing guidelines.

As leaders in the education sector and CEOs of a variety of multi-academy trusts, we serve hundreds of thousands of students and their families, including some in the most deprived areas across England. The current situation, where schools are partially open to some of our pupils some of the time, is achieving very little to address the widening attainment gap.

Physical absence from school has an impact on social, emotional and academic development, and many students from across all age groups have expressed a desire to return to the classroom. The longer we wait, the harder it will be for students to catch up on what they have missed.

It is of critical importance that face-to-face education is resumed as soon as is possible for all students.

Taken aback by the symbolic power of kneeling

SIR – When did we stop kneeling and start “taking the knee”?

SIR – As any Catholic knows, taking the knee is a sign of belief that Christ is present in sacrament in a church’s tabernacle.

I don’t mind at all that such gestures are being reinvented when we, if godless, need collective meaning – but it does concern me that the Foreign Secretary apparently sees the world through Game of Thrones.

SIR – When everyone starts to make the same gesture – or is pressurised into doing so – it becomes oppressive and somewhat sinister.

Let us return to individual opinion and honest debate.

SIR – Did bluebirds ever fly over the white cliffs of Dover?

Letters to the Editor

'I wonder if my wallet or body will recover?'

Sun Jun 21 , 2020
My Money is a series looking at how people spend their money – and the sometimes tough decisions they have to make. Here Zak Hoblyn from London takes us through a week in his life as a first-time buyer during the coronavirus pandemic. Originally from Wiltshire, Zak is 27 and […] 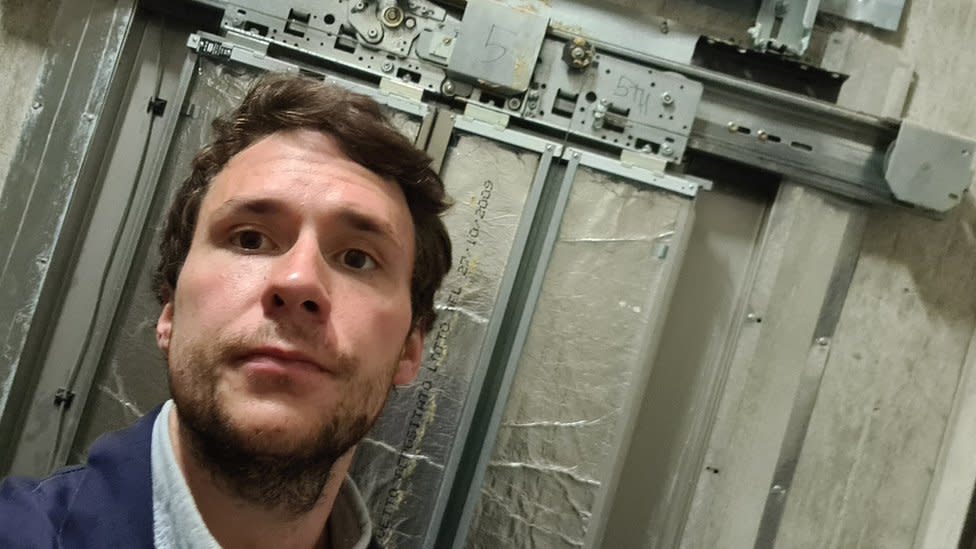