(Bloomberg Opinion) — The global economic crisis has caused historic job losses in the developed world. For workers in poor countries, the consequences are even more dire. In places where the virus is surging, swaths of the economy remain closed and millions have seen their livelihoods vanish. The World Bank […]

(Bloomberg Opinion) — The global economic crisis has caused historic job losses in the developed world. For workers in poor countries, the consequences are even more dire. In places where the virus is surging, swaths of the economy remain closed and millions have seen their livelihoods vanish. The World Bank estimates the pandemic will push 71 million into extreme poverty, defined as living on less than $1.90 a day; other forecasts predict the number will be even higher.

Governments are struggling to respond. The world’s lowest-income countries have spent, on average, just $1 per capita on direct social assistance to their citizens, compared with $121 in the richest countries. To avert further calamity, governments in the developing world must do more to assist the worst-off, and rich countries should be prepared to help. They can best do so by harnessing technology to put money directly in the hands of the poor.

Research suggests that making direct payments to poor households can contribute to higher savings and better health and education outcomes than other forms of social assistance. Since the start of the pandemic, more than 1 billion people have received direct government money transfers of some kind, including some 140 million informal workers.

In many cases, aid has been delivered through digital payment systems, such as mobile “wallets” that allow people to access money through their phones. When properly designed and implemented, electronic payments are faster, less costly and more secure than traditional cash handouts. By reducing the need for in-person transactions, they also help to contain the spread of the virus.

Responding to the pandemic, creative governments have used digital payments to reach workers outside the formal economy, many of whom face financial ruin. Togo distributed emergency funds over mobile devices to 500,000 people in two weeks. Since April, the Colombian government has used mobile wallets to provide monthly small payments to 1 million households without bank accounts. At the start of the crisis, Namibia, a country of 2.5 million, created a mobile-payment system for workers without formal jobs. Out of 739,000 eligible workers, more than 579,000 signed up within a week to receive government vouchers through their phones.

To improve the prospects of the world’s poor, initiatives like these should be scaled up. Developing countries should expand mobile-phone coverage to underserved areas and promote universal phone ownership, particularly among women. They should invest in building comprehensive national ID registries, as India has done, to better target payments to individuals and reduce the potential for fraud and abuse. Regulatory obstacles should be eased to encourage private-sector innovation. Expanding financial literacy programs and providing incentives for merchants to accept mobile payments would build confidence in digital services and encourage wider use.

All of these measures will require substantial state investment — a tall order for governments under financial stress and focused on trying to contain the pandemic. Advanced economies can help with more generous relief packages for the neediest countries, with specific funds designated for digitization efforts. One example is G2Px, a partnership between the World Bank and the Bill and Melinda Gates Foundation, which gives low-income countries technical assistance in designing more efficient digital payment systems.

Amid the economic devastation wrought by the pandemic, a bright spot has been progress in delivering aid rapidly to those who need it most. Governments should build on this success by expanding and strengthening their digital payment systems — one of the most effective tools for helping the world’s most vulnerable people cope with the crisis.

Editorials are written by the Bloomberg Opinion editorial board.

A Pandemic Financial Guide for Millennials

Sun Aug 30 , 2020
Contact your lenders. Many companies and institutions have hardship programs to help debtors during difficult times. If you are struggling to pay off student loans, your mortgage or credit card debt, call your lenders and discuss your payment options. “Financial accommodations are generally readily available right now,” said Amy Thomann, […] 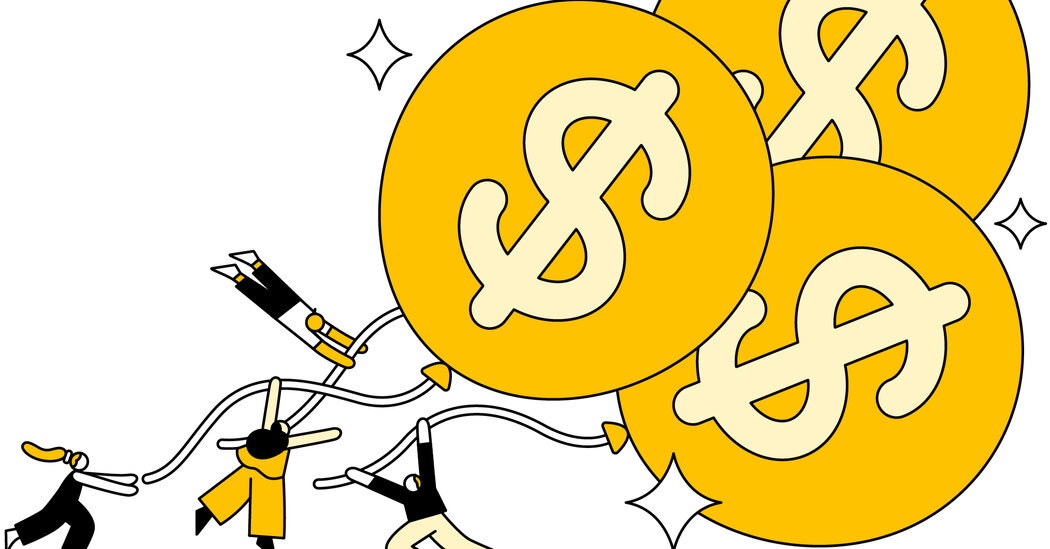