DuBOIS — U.S. Sen. Pat Toomey discussed current legislative issues and the state of the economy with local officials and business owners during a roundtable meeting organized by the Greater DuBois Chamber of Commerce and held at the DuBois Regional Airport on Tuesday afternoon.

Toomey said he expects to see a new bill from the Senate for additional COVID-19 aid funding next week.

“That’s 30 percent of the entire annual income calculated in the United States of America — a massive, massive amount, across quite a wide range of programs,” said Toomey. “The way I think about it is there were three categories, three things we were trying to accomplish in that legislation.”

The first, he said, was to replace lost income.

“Back in March it was obvious the economy was being shut down, state by state,” said Toomey. “It was happening pretty much everywhere, and so people were out of work. They weren’t going to have an income. This was completely unprecedented, so we said let’s try to replace lost income and help people get through what we hoped would be a brief, although clearly it was going to be a severe downturn.”

The bill added a federal overall of additional unemployment dollars, began expanding eligibility for unemployment to include self-employed people who, historically, had not been eligible for unemployment benefits. Direct payments of $1,200 were added to most people. And to some, that was meant to replace that lost income.

The second category with regard to the CARES Act was added to fight the virus directly.

“This is huge swipe of money to hospitals and healthcare providers,” said Toomey. “It is a tremendous amount of money invested in developing vaccines, and therapies, and medicines, and personal protective equipment.”

“And then the third category, or the steps that we’re taking in the hopes to keep businesses alive, so that after a period where many of them have zero revenue, they would still be able to come back to life, so to speak, have a place for their former employees to come back to work, and hopefully get out into the economy,” said Toomey.

Toomey said he believes there can be a strong case made that this legislation was effective.

“Personal income actually rose in April and May,” he said. “These would be the reasons, here, despite the fact that you were out of work, retail sales were very strong if you include online sales. Many storefront retailers took a very bad hit because they weren’t allowed to be open, especially small shops, while the Walmarts and Targets of the world could be open. It was really, terribly un-American. But be that as it may, I think that as you look through various economic indicators, most of them suggest that we avoided what might have been a completely disastrous collapse. And now, while the unemployment rate is too high, it’s certainly moving in the right direction.”

Toomey noted that Pennsylvania has the fifth worst unemployment rate in America and that’s not acceptable.

“Frankly in my view, it’s because we had a shutdown that was too draconian,” he said. “It was too severe, it lasted for too long, and we’re paying the price for it. We’re still paying that price. And I feel very strongly that we need to keep moving forward. We need to be fully re-opening, fully restoring people’s opportunities to earn their livelihood. Hopefully, that is where we are heading now.”

With the new bill, Toomey said he hopes it helps to restore normal economic and human activity, and not getting in the way of it.

“We are having relatively contentious discussions about the extent to which there should be still more federal money going to state governments,” he said. “We spent over $500 billion to the state governments for various purposes, and some with unspecified purposes. That’s quite a lot of money. On the other side, my Democratic colleagues are insisting on another trillion dollars. They have not indicated to Committee for why that is necessary and appropriate, but that is still an outstanding issue.”

Another outstanding issues is to what extent they will continue an increase to conventional unemployment benefits.

“That is an area where there is a difference of opinion as well,” he said. “Next week we’re back in session. We will be meeting in person. My expectation is that we will probably see a Republican Senate bill, and that will then form the more precise basis of the negotiations, and I can’t tell you with any certainty where those negotiations end. I know the President wants to get to a deal. I think the majority of Republican Senators want to get to a deal. I don’t honestly know for sure whether the other side feels that this is in their interest to reach a deal.”

Both Clearfield and Jefferson county commissioners asked questions about CARES Act money, including extending the time to distribute the money to communities.

The reason for the time limit was because the money is being provided to reimburse municipalities for COVID-related expenses.

“That has kind of morphed into a consensus that allowing more flexible, more broad use is probably going to prevail,” said Toomey. “It might be that we would loosen the restrictions on the use of the fund and push out the deadline just to be doubly sure. I think that is likely to be part of the final package, some common issue there, that would be my guess.”

The commissioners also discussed a need for better rural broadband internet to help with the education system and home-based businesses. The local officials noted that with COVID-19, it’s really shined the spotlight on those issues and it’s difficult to compete economically going forward.

Toomey said there is still a billion dollars in Harrisburg which hasn’t been distributed.

“So there still should be more money coming. That broadband infrastructure is already qualified and using that money,” said Toomey, noting it’s not enough to completely solve the issue. “But that should be an allowable use already. If it’s not, I think it is, but if it weren’t, I think the next round for legislation would make that clear.”

Thu Sep 3 , 2020
By Fitch & Associates In the constantly evolving world of commercial transportation, ambulance operations are seeing even more uncertainty in their fleet insurance options. From increasing rates to less market capacity, volatility in commercial auto, to increasing costs of claims, it is more crucial now than ever to learn what […] 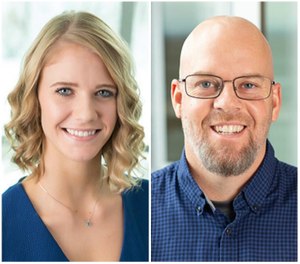