If the payroll tax deferral becomes permanent next year — as President Donald Trump wants to do if reelected — the trust fund that pays out Social Security benefits could run out in three years without other funds to cover the shortfall, according to a new analysis.

The fund that provides disability benefits would deplete even sooner — by the second half of next year, according to the chief actuary of the Social Security Administration.

Currently, the Social Security funds are estimated to run out in 2034, while the disability fund is expected to remain solvent until 2065, according to the 2020 OASDI Trustees Report.


“If this hypothetical legislation were enacted, with no alternative source of revenue to replace the elimination of payroll taxes on earned income paid on January 1, 2021 and thereafter, we estimate that Disability Insurance Trust Fund asset reserves would become permanently depleted in about the middle of calendar year 2021, with no ability to pay DI benefits thereafter,” Chief Actuary Stephen Goss wrote in the letter.

“We estimate that Social Security’s Old Age and Survivors Insurance Trust Fund reserves would become permanently depleted by the middle of calendar year 2023, with no ability to pay OASI benefits thereafter,” Gross wrote, responding to a request from four Democratic senators asking for the analysis.

Read more: What happens when you drain your 401k retirement savings in your 20s

The analysis comes after the president issued an executive order earlier this month allowing some workers to temporarily defer their payroll taxes from the beginning of September until the end of the year, so they had larger paychecks during the coronavirus pandemic. Unless Congress passes legislation to forgive these deferrals, workers would owe those payroll taxes next year at tax time.

© Provided by Yahoo! Finance
NEW YORK, UNITED STATES – 2020/08/09: U.S. Senator Chuck Schumer updates media on President Donald Trump’s executive orders and the aftermath of storm Isaias outside his office in Manhattan. Schumer said President Trumps actions totally leave out money for state and local governments. Schumer also warned, the actions taken by the orders would jeopardize social security and medicare. Senator called on President and GOP to meet democrats in the middle and come up with agreement that will actually help Americans. (Photo by Lev Radin/Pacific Press/LightRocket via Getty Images)


Trump signaled after signing the order that he would like to make the deferral permanent.

“If I am victorious on November 3rd, I plan to forgive these taxes and make permanent cuts to the payroll tax,” he said at the time. “I’m going to make them all permanent.”

“I understood that to simply mean that we will permanently defer the payback of that tax cut. That’s all that meant,” Kudlow said. “He wasn’t talking about a generalized Social Security tax cut. He wants to protect Social Security.”

If payroll taxes are eliminated starting next year, the only way these funds could generate income is from interest on existing reserves and revenue from taxing monthly Social Security benefits, which is only a fraction of what’s needed.

“This highlights the reliance on payroll taxes for the Social Security Fund to operate,” said Daniel Milan, managing partner of Cornerstone Financial Services, “as interest earned is nowhere close to enough to support the benefits paid out.”


But Gross noted that funds from other sources could replace the funds lost from a payroll tax cut, similar to how the General Fund of the Treasury replaced the money lost to temporary payroll tax rate reductions that occurred in 2010, 2011, and 2012.

If a similar transfer of funds occurs to offset the payroll tax cut, “then OASI and DI Trust Fund income, benefits paid, and the projected depletion date of the trust fund reserves would be essentially unaffected by the legislation,” Gross wrote.

Wed Aug 26 , 2020
Image source: Getty Images Rewards may not be as shiny as they appear. It’s no secret that premium rewards cards tend to be geared toward those who enjoy the finer things in life, whether that’s exotic vacations, fancy food, or a higher travel class. Vertical Finance’s Grand Reserve rewards program […] 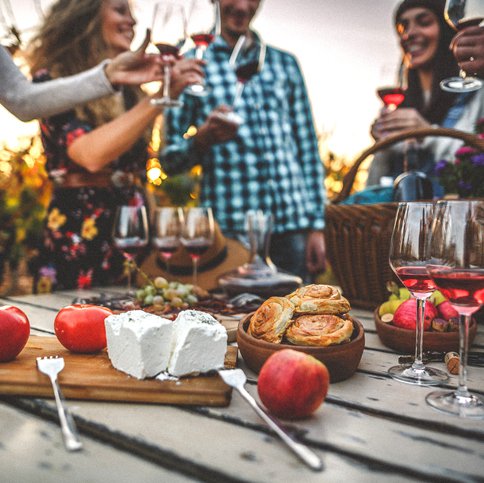