WASHINGTON (Reuters) – The number of Americans filing for unemployment benefits unexpectedly rose last week for the first time in nearly four months, suggesting the labor market was stalling amid a resurgence in new COVID-19 cases and depressed demand.

The weekly jobless claims report from the Labor Department on Thursday, the most timely data on the economy’s health, also showed nearly 32 million people were collecting unemployment checks in early July. Relentless labor market weakness puts pressure on the U.S. Congress to extend a $600 weekly jobless benefit supplement, which expires on July 31.

“There is no gradual and uneven recovery for the labor market,” said Chris Rupkey, chief economist at MUFG in New York.

“Washington policymakers looking for signs that additional stimulus is necessary can judge for themselves with the millions and millions of jobless workers getting unemployment benefits. The economy cannot carry on for long if it has to drag almost 32 million unemployed workers with it.”

Initial claims for state unemployment benefits increased 109,000 to a seasonally adjusted 1.416 million for the week ended July 18. That was the first rise in applications since the week ending March 28, when claims raced to a record 6.867 million as nonessential businesses like restaurants and gyms were shuttered to slow the spread of the coronavirus.

Economists polled by Reuters had forecast applications steady at 1.30 million in the latest week. Claims tend to be volatile in summer when automakers close assembly plants for retooling. Automakers retooled during the mandatory shutdown beginning mid-March.

That likely threw off the model the government uses to strip out seasonal fluctuations from the data. Unadjusted unemployment insurance claims fell 141,816 to 1.37 million last week.

Including a program funded by the government for gig workers and the self employed among others, who do not qualify for regular state unemployment insurance, 2.4 million people filed for jobless benefits last week.

Cases of the respiratory illness have exploded across the country, prompting some authorities in the hard hit South and West regions to either shut down businesses again or pause reopenings. Workers being sent back home again are joining a second wave of layoffs, triggered by lack of demand as the economy battles a recession, which started in February.

Bankruptcies are rising in the retail sector.

“The risk from repeated business closures is that temporary job losses will become permanent,” said Rubeela Farooqi, chief U.S. economist at High Frequency Economics in White Plains, New York. “This could result in an even slower pace of recovery.”

Last week’s claims data covered the period during which the government surveyed businesses for the nonfarm payrolls component of July’s employment report.

Economists expect job growth to pull back this month after surging by a historic 4.8 million in June. Employment last month was boosted by the government’s Paycheck Protection Program, which provides businesses loans that can be partially forgiven if used for wages. Though the PPP was extended to Aug. 8, many small businesses drew their loans in May and June.

The Federal Reserve’s Beige Book report of anecdotal information on business activity collected from contacts across the nation, published last week noted “new layoffs” across districts. The U.S. central bank added “many contacts who have been retaining workers with help from the PPP said that going forward, the strength of demand would determine whether they can avoid layoffs.”

Demand has been showing signs of picking up, with retail sales increasing strongly in May and June, supported by the additional weekly unemployment checks from the government. Unless this supplement is extended, this week is the last time that unemployed Americans are eligible for the benefit.

Some states have capped weekly jobless checks at under $300, while millions do not qualify for the regular unemployment insurance.

“It is hard to understate the significance of those payments to household income,” said Sarah House, a senior economist at Wells Fargo Securities in Charlotte, North Carolina. “Income from unemployment benefits has more than offset the drop in employee compensation since the pandemic struck.”

People who lost their jobs wait in line to file for unemployment following an outbreak of the coronavirus disease (COVID-19), at an Arkansas Workforce Center in Fayetteville, Arkansas, U.S. April 6, 2020. REUTERS/Nick Oxford

Thursday’s report also showed the number of people receiving benefits after an initial week of aid fell to 16.197 million in the week ending July 11, from 17.304 million in the prior week. Economists said the drop likely reflected people exhausting eligibility for benefits.

“We would be surprised if this dramatic change was entirely due to a change in labor market conditions,” Daniel Silver, an economist at JPMorgan in New York.

A staggering 31.8 million people were receiving unemployment checks under all programs in the first week of July, down 200,615 from the end of June. Economists say this number, which is reported with a two-week lag, offered a more accurate picture of the labor market.

Sat Jul 25 , 2020
Employee exits at Deutsche Bank aren’t a new phenomena — there’s been a steady stream of them since the struggling firm announced last summer it would cut 18,000 jobs and sell off its stock-trading business as it tries to stem billions in losses. At least initially, Deutsche executives planned to […] 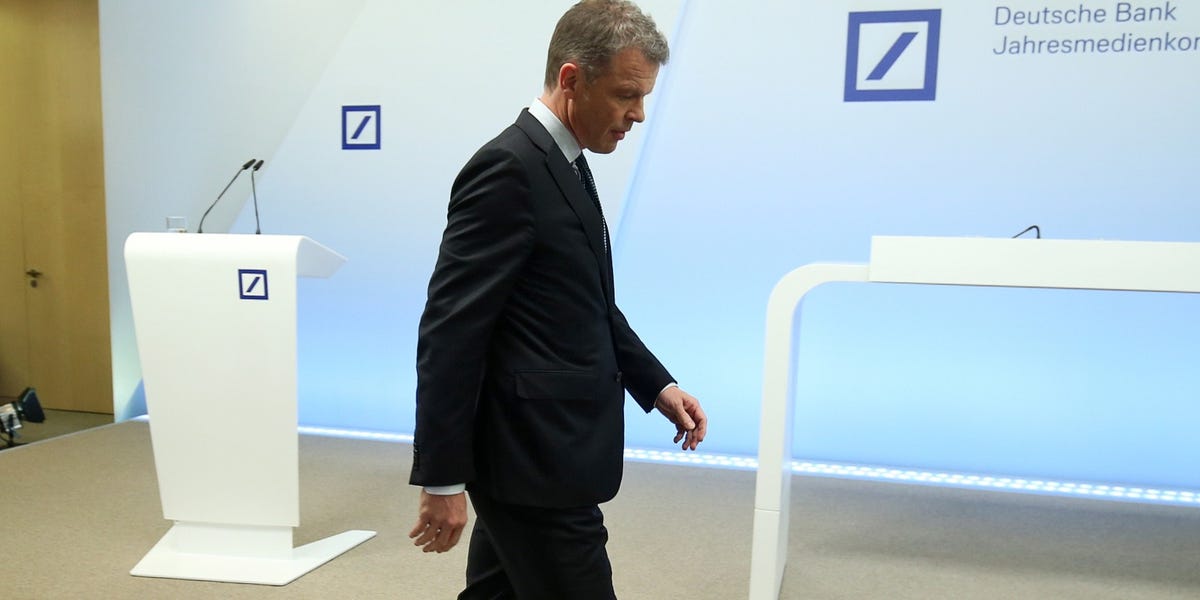