Today, 1.4 million refugees urgently await resettle­ment. Unlike the rest of the world’s 26 million refu­gees, they have been designated by the United Nations (UN) as having vulnerabilities that cannot be addressed in their host countries. They are therefore waiting to be moved from the country hosting them to a third country willing to grant them permanent settlement. But less than a tenth of these people will be resettled this year; people are joining the queue faster than they leave it. The global community is failing in its duty to ensure their safety.

Even more concerning, resettlement seems to have slipped off the international agenda. Attention has moved squarely to efforts to help refugees integrate in their host countries, which, although important, is not suitable for these 1.4 million people. In part the shift away from resettlement is occurring because politi­cians and the media (even those who are sympathetic) tend to portray refugees as a burden to be shared. Resettlement is seen as an act of generosity. Framed this way, it is natural for countries to ration it to reflect what they think they can afford or to look for more cost-effective solutions where possible.

This dynamic is exacerbated by the many commen­tators who fail to distinguish between refugees for whom resettlement is the only viable option and the entire refugee population. By blurring this line, opponents of resettlement have managed to use the impracticability of resettling all 26 million refugees as an argument against resettling any. Furthermore, they argue that since the cost of living is generally lower in host countries, it is more cost-effective to help refugees in host countries. Resettlement is often a politically difficult decision, and these arguments have been seized upon as reasons to avoid it and shift the focus to other solutions.

This report seeks to put resettlement back on the agenda for those in dire need. The undeniable need for solutions that will help refugees integrate in host countries or increase their chance of returning to their original country should not lead us to abandon what for many is the only option that affords them the chance to live safely. For them, we must explore safe opportunities in third countries.

It is important to underscore that when resettlement opponents talk about the “cost,” they are discussing only one side of the ledger. Refugees bring benefits; ignoring these makes as much sense as ignoring the benefits of education when deciding how much should be spent on schools or teachers. A wealth of evidence— laid out in this report—shows that countries that reset­tle refugees are making a sound investment. Resettled refugees can contribute more to a country than the cost of resettlement to both government finances and society.

Why do we treat resettlement as a cost rather than an investment? In part, because of timing. As with any investment, the costs are borne before the ben­efits materialize. Furthermore, the immediate costs are more readily identifiable than the benefits, which are more diffuse. The communities that shoulder the short-term costs of resettling refugees do not neces­sarily benefit from the economic and fiscal contribu­tions that refugees eventually make.

Because refugees are seen as costly, we also tend to underinvest in them. Our report shows that a mod­est increase in investment would produce far better outcomes for resettled refugees, and for the communi­ties into which they are resettled, and would easily pay for itself over time. But in the current political context, that additional investment can be impossible for gov­ernments to make in conventional ways: if resettlement is seen as a cost to be minimized rather than a human­itarian investment that could yield a return, then gov­ernments have no incentive to spend more. This creates a vicious cycle. Underinvestment in refugees who are resettled leads to unfulfilled potential, limited returns, and therefore less appetite for further investment and resettlement. The proposals in this report aim to reverse this, creating a “virtuous” circle instead.

The report is divided into three parts. Part I outlines the scope of the problem, makes the case for why countries should accept refugees, and discusses how investment could be increased through different mechanisms. Part II discusses the use of an innovative finance method called resettlement bonds. And Part III discusses how we can use outcomes-based models, such as social impact bonds—a form of financing that rewards investors for improving social outcomes—to improve economic outcomes of resettled refugees.

Fri Sep 4 , 2020
As medics and scientists decide whether convalescent plasma can be used as a treatment for COVID-19, both confidence in and criticism for the method have grown. Amid what’s become a heady infusion of hope and politics, public health experts tasked with shaping treatment guidelines now find themselves compelled to clarify […] 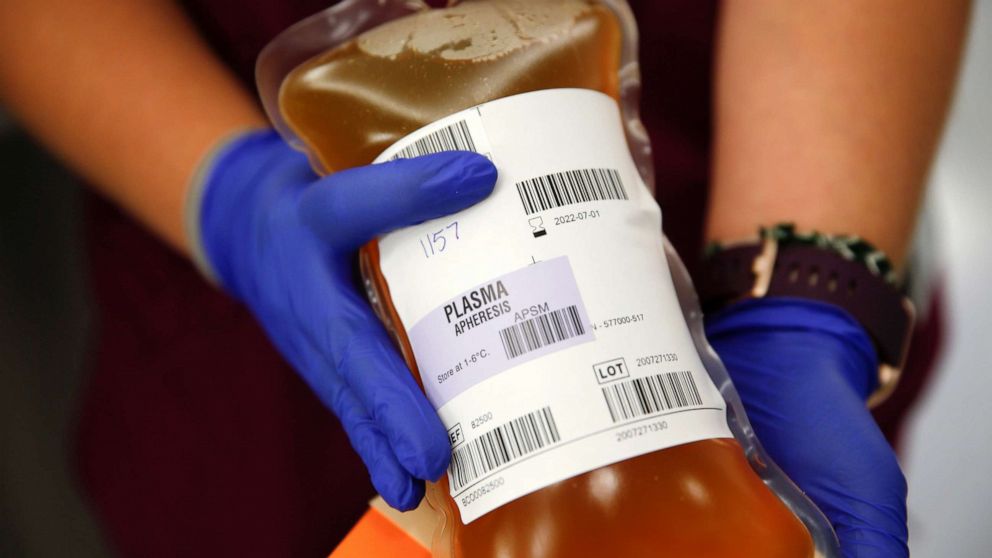