If you don’t know about the Accountability List, you should — especially if you own, lead or work for a cannabis business in America.

The Black women who founded Cannaclusive in 2017 to promote minority representation and defeat racist stereotypes took note of the social media messages companies posted lamenting the brazen murder of George Floyd by a Minneapolis police officer over the Memorial Day weekend. They catalogued the pledges to make the cannabis industry more welcoming to people of color.

And now cannabis consumers and industry players are invited to examine the racial makeup and actions taken by 323 companies, as of Aug. 17, toward building equity for people of color. Did they also contribute to legal defense funds to defend protesters? Do they have a paid social responsibility officer? It’s all there in the spreadsheet they pledge to update regularly.

“Companies are somewhat on notice,” Mary Pryor, a Cannaclusive co-founder and the chief marketing officer for two companies, Tonic CBD and Tricolla Farms in New York. “Some have started the conversation, some have not followed through.”

Overall, 32 of the 323 leaf-touching and ancillary companies were founded or are owned by people of color, and 19 said they had paid social responsibility officers, according to the List.

In the immediate aftermath of Floyd’s death and the protests, 242 companies issued one or more statements on social media or on their websites supporting for Black Lives Matter or pledging to enable people of color who want to gain a foothold in the cannabis industry.

There are four large, multi-state operators with New Jersey: Green Thumb Industries or GTI; Curaleaf; Acreage Holdings and Columbia Care. Two companies challenged the accuracy of The List; one company elaborated, and one, Columbia Care, which operates a dispensary and grow site in Vineland, did not respond.

The List says Acreage Holdings (Compassionate Care Foundation in Egg Harbor and the Botanist in Atlantic City) is the only one of the four that does not have a social responsibility officer.

That is true, Acreage spokeswoman Howard Schacter, but the search is underway.

“We don’t comment on the demographics of our employees, although the number in that report is egregiously under-estimated. In some of our markets, for example minorities account for approximately 25{5667a53774e7bc9e4190cccc01624aae270829869c681dac1da167613dca7d05} or more of our employee population,” he wrote.

Acreage does not reveal how much money it donates to charities, “as doing so might appear to be self-serving,” Schacter wrote.

A spokeswoman for GTI (which owns Rise in Paterson), also said the List’s accounting of the company track record contains “many inaccuracies.”

“Since George Floyd’s death, we’ve donated to the Minnesota Freedom Fund, the Last Prisoners Project (profits from the opening day of three stores) and, when we open our next store in Kendall, Florida first-day profits will go to FRRC, a grassroots, membership organization…dedicated to ending the disenfranchisement and discrimination against people with convictions,” said Marsicano.

GTI offered a list of programs it has donated to or volunteered with, including My Block My Hood My City; American Chambers of Commerce; the New Jersey Community Development Corporation; Second Chance Expungement Summit, and was a sponsor of National Expungement Day.

“Green Thumb has been giving back in meaningful ways since its founding. We also acknowledge that we continue to learn and are committed to doing more,” according to a statement from Green Thumb Corporate Responsibility Director Michael Fields.

Curaleaf (located in Bellmawr) lists its “Rooted in Good” initiative on its website in June as evidence of its commitment to social responsibility and inclusion issues, according to the List.

When NJCI asked for more information, a company spokesperson sent the following:

“Our Corporate Social Responsibility (CSR) initiative is led by our VP of CSR Khadijah Tribble and focuses on four pillars: Strategic Corporate Partnerships, Sustainability, Diversity Equity & Inclusion and Social Equity. As a part of this work, our “Rooted In Good” initiative will launch later this year. It is focused on providing resources for social equity programming so we can deliver real opportunities across the cannabis ecosystem. We are looking at how we train and educate entrepreneurs, franchise for social equity applicants, and provide special low interest loans for incubator companies. We expect to announce details and programs, partners, investments and initiatives for “Rooted in Good” sometime this quarter.”

Pryor said her crew will send another round of emails to the companies, some of whom obviously didn’t take The List as seriously as perhaps they should have.

“Nobody is perfect out there, no corporation. But intention is everything and people see that,” she said.

The List is for cannabis consumers who want to financially support industry leaders who are committed to inclusion and healing the communities of color harmed by the failed war on marijuana, she said.

“You don’t need to buy from companies who are not doing this work. You have options. If you don’t feel like you are not aware of those options, we are going to start telling you, so you don’t waste your time and money.”

“We will make reports and announcements every month to highlight these things that are not occurring. We are going to start naming companies,” Pryor continued.

“Because regardless of how this election shakes out…there will be gross attacks on black and brown bodies from police, along with a lot of missed and pushed-aside opportunities to address a lack of equity and support in the industry for black and brown people. It will still be an item that doesn’t goes away.”

Sun Aug 30 , 2020
WASHINGTON (AP) — It’s the paradox of a pandemic that has crushed the U.S. economy: 12.9 million lost jobs and a rash of businesses closing, yet the personal finances of many Americans have remained strong — and in some ways have even improved. A new poll from The Associated Press-NORC […] 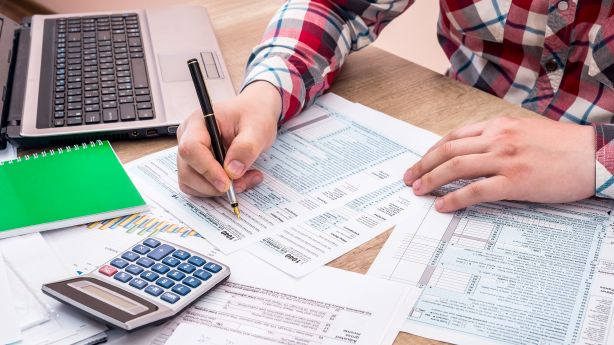