In early August, Montreal-based Lightspeed POS Inc. announced it would start offering loans of up to US$50,000 per retail location to merchants in the United States that already use its point-of-sale software.

In the announcement, Lightspeed said merchants will, in most cases, get the funds deposited into their account one day after applying.

The company’s customers tend to be mid-sized retailers such as jewelry stores and sporting goods retailers, not the big national chains, but bigger than an independent storefront.

Chief executive Dax Dasilva said such financing might be particularly good for buying inventory, or for launching a new marketing campaign, but he also expects that the speed of the loans could open up new opportunities that merchants haven’t been able to take advantage of before.

“Let’s say you wanted to bring in a couple pallets of inventory that you knew would be successful, but the hassle of getting a small loan from the bank, all of that, maybe it’s something you don’t end up doing,” Dasilva said in an interview.

“There’s a lot of friction associated with those (financial services) components, and we’re trying to create a frictionless experience for the business.”

There’s a lot of buzz in the technology world about financial services. Apple Inc. now has a credit card that tightly integrates with an iPhone app, and its Apple Pay product.

Uber Technologies Inc. issues a Visa debit card to drivers that is tied to a chequing account. Facebook Inc. has even tried to create its own money in the form of the Libra cryptocurrency.

It’s very possible, as Angela Strange, a general partner at the influential Silicon Valley venture-capital firm Andreessen Horowitz, headlined her blog post in January, that Every Company Will Be a Fintech Company.

Strange was mostly focused on the United States and the new breed of technology companies that take on a specific layer of the banking system — for example, fraud prevention or regulatory compliance — and offer it as a service.

This burgeoning trend opens up opportunities for innovative companies to work with service providers in developing new kinds of financial services, which has multiple benefits.

For one thing, it’s another line of revenue for the technology companies. For instance, Ottawa-based Shopify Inc. makes e-commerce software, but it doesn’t earn the majority of its revenue from the subscription fees for that software.

In its most recent quarter, the company’s subscription revenue was US$196 million, but it took in another US$518 million from “merchant solutions,” which is mostly fees for payment processing and loans to merchants through the Shopify Capital lending product.

There’s a lot of friction associated with those (financial services) components, and we’re trying to create a frictionless experience for the business

If Lightspeed only sold point-of-sale software, or Shopify only offered e-commerce software, a retailer might choose to switch vendors if the price is right. If the retailer is also paying off a $50,000 loan to that company, it might make switching harder.

Financial services also lend themselves well to software automation, because they mostly deal with data. Moreover, processing payments gives companies access to a wealth of data that can provide all sorts of useful insights about their customers.

Dasilva said it would not have been possible for Lightspeed to launch a lending product if it didn’t also process the payments, because the data is critical.

Technology executives who talk about their move toward financial services mostly like to focus on comparing themselves to traditional banks.

Earlier this year, Shopify expanded its lending program to Canada and the United Kingdom, after introducing it in the United States in 2016.

Shopify also offers a payment card to merchants, and the company makes a point-of-sale kit including a card reader.

But Nejatian said Shopify isn’t trying to become a bank for merchants; it’s just trying to figure out all the services that a merchant needs to succeed.

“I think if all we do here is replicate a bank, we’ve failed miserably. That’s not the goal,” he said. “My goal is to help create the next million entrepreneurs and make it easier for them to launch, grow and succeed in running their business. Some of those things will be financial services, some of them won’t be.”

“I think we’re seeing a tremendous amount of very exciting movement right now in the B2B space, and I expect we’re going to see a lot more there through these commerce platforms,” Michael Katchen, co-founder and chief executive of Toronto-based Wealthsimple Technologies Inc., said.

Wealthsimple is one company trying to build a competitor to the traditional banks.

Katchen said the commonality between his approach and the products offered by Shopify and Lightspeed is an emphasis on a “frictionless” experience.

“I think we’re going to see tremendous consumer innovation through platforms like Wealthsimple, which are doing different things than what you’re seeing in B2B, but also transforming the relationship that people have with money.”

But Katchen said he doesn’t expect to supplant the banks any time soon. For one thing, unlike other waves of software disrupting legacy industries, finance is so tightly regulated on a country-by-country basis that it’s unlikely to produce global juggernauts such as Google LLC or Amazon.com Inc.

“The banks are giant companies that have huge install bases of a lot of clients that aren’t going to go anywhere,” he said. “It’s a generational change. Banks have an opportunity to make those investments now. It’s not going to be easy, but it’s also going to require rethinking their business model, rethinking the way they make products.” 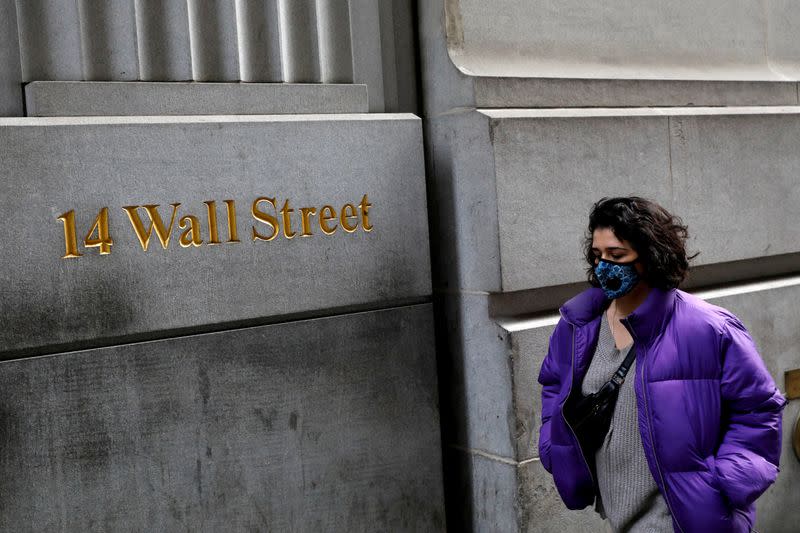