Centennial Resource Development (NASDAQ:CDEV) posted a large drop in earnings, and its cash flows plunged during the second quarter, but I believe the management did a commendable job of protecting the balance sheet, exhibiting the company’s ability to withstand a tough period and setting it up well for the rest of the year. Centennial Resource Development’s earnings should increase in the future as oil prices recover to more than $40 a barrel. Moreover, I also expect the company to live within cash flows as its capital expenditures decline. The company’s outlook, therefore, is looking better now. 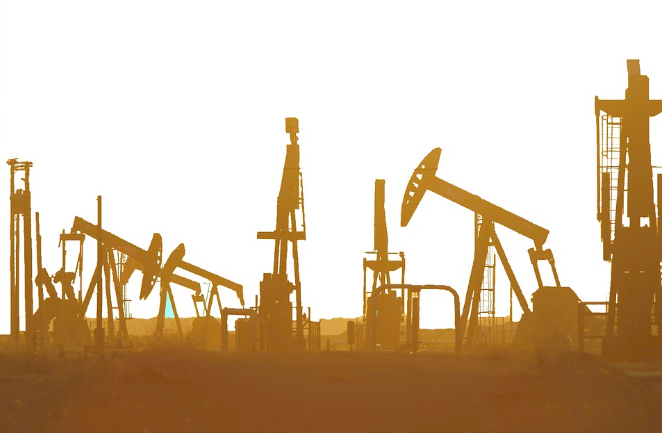 Centennial Resource Development recently released its second-quarter results in which the company’s earnings came under pressure. I thought the drop in oil prices and lower production might also hurt Centennial’s financial health, but it has so far held up relatively well.

The good thing, however, was that the company did a commendable job of managing its finances in this tough period as its earnings and cash flows came under pressure. The company drew a total of $135 million from its revolving credit facility to fund the cash-flow deficit as well as working capital changes. But the company also executed a debt exchange offer which reduced its total senior note debt by $127 million. As a result, the net increase in debt was only about $8 million. In other words, despite facing an unprecedented decline in oil prices and the subsequent drop in cash flows, Centennial was able to largely preserve its financial health, with its total debt increasing by just 0.7{5667a53774e7bc9e4190cccc01624aae270829869c681dac1da167613dca7d05} (or ~$8 million) from Q1-2020 to $1.143 billion.

In my view, Centennial has done a decent job of standing firm amid the turmoil in the oil market. The good thing is that we may have passed the worst phase of the downturn. The global oil demand has improved from the deep trough of the second quarter, lifting oil prices. The US oil price has been hovering around $40 per barrel since early-June, above the second-quarter average of $28. The continuous spread of the coronavirus pandemic and resumption of some of the supplies from OPEC+ has capped oil price gains. But its stability in the low-$40s a barrel range is still a positive development. The current futures point towards prices rising to $43-$44 a barrel by the end of the year.

Centennial will likely realize much higher crude oil prices which will give a boost to the company’s earnings. I also expect the company’s bottom line to get support from the ongoing cost-cutting efforts. The company has been successful in reducing its lease operating expenses for the third straight quarter to $4.16 per boe. Its total cash unit costs, including LOE, GP&T, and cash G&A, have fallen by 20{5667a53774e7bc9e4190cccc01624aae270829869c681dac1da167613dca7d05} since Q3-2019 to $8.69 per boe in Q2-2020, driven in large part by efficiency gains and-cost cutting measures which include cuts in electricity and water disposal costs. The efficiency gains have helped the company in reducing its drilling costs, with D&C costs falling by 20{5667a53774e7bc9e4190cccc01624aae270829869c681dac1da167613dca7d05} compared to last year and are forecasted to average $900 per foot as Centennial resumes drilling activity. The well costs may fall below $900 per foot next year as Centennial capitalizes on service cost reductions. However, most of these cuts were driven by Centennial’s self-help measures as opposed to service cost deflation, and therefore will be sustainable.

Moreover, I think Centennial’s cash flow outlook is looking better since it will get support from higher oil prices and its capital expenditures will fall significantly. Note that the company’s crude oil hedges, locked in at prices of below $30 per barrel, will continue to weigh on its performance in the third quarter. For Q3-2020, Centennial has covered 25,000 bpd of oil production at a weighted average fixed price of almost $27 per barrel, substantially below the prevalent market price of $40s a barrel. But in the third quarter, the negative impact will get partly offset by the un-hedged production which will be sold at a higher price. Around a quarter of the company’s third-quarter production will have exposure to market prices while the rest is covered by hedges, as per my estimate.

For the fourth quarter, however, Centennial has been able to secure better prices, with 13,000 bpd hedged at a weighted average fixed price of $38.89 per barrel and 2,000 bpd using collars with floor and ceiling of $39.00 and $44.50 per barrel respectively. I expect Centennial to build additional hedge positions in the $40s a barrel for the fourth quarter and possibly through 2021. Therefore, I expect the company’s oil price realizations, including the effect of derivatives, may improve in Q3-2020 and will get substantially better in Q4-2020 as compared to Q2-2020. This will help push the company’s cash flow from operations meaningfully higher.

Centennial’s production, however, will continue to decline as it keeps drilling activity below maintenance levels. The company made some of the most aggressive cuts in activity following the dip in oil prices, as indicated earlier. Centennial has started to slowly ramp up activity, although it is taking a cautious approach, and I believe its output likely won’t stabilize this year. The company has brought most of the curtailed production back online, will place five drilled but uncompleted wells to production in the third quarter, and add a drilling rig in the fourth quarter.

Centennial Resource stock has fallen by 16{5667a53774e7bc9e4190cccc01624aae270829869c681dac1da167613dca7d05} in the last three months, underperforming its peers whose shares (XOP) dropped by 2.3{5667a53774e7bc9e4190cccc01624aae270829869c681dac1da167613dca7d05} in the same period. I think there’s still some uncertainty surrounding Centennial’s future and defensive investors might want to avoid this stock. In the low oil price scenario of $40s a barrel, it remains unclear when Centennial will shift into maintenance mode, stabilize output, and whether it can bring its costs down to a point where it can generate profits and free cash flows on a consistent basis. Its bigger peers are in a better position to face this difficult period, with companies such as Concho Resources (NYSE:CXO) already stabilizing output, delivering superior earnings, and generating free cash flows. However, Centennial did a commendable job in the second quarter in which oil prices plunged to historic lows. This should give confidence to investors about the company’s ability to withstand the downturn. Although there are better oil stocks out there, Centennial is certainly worth closely following.

Mon Aug 24 , 2020
To build a better world, we must have the courage to make a new start. We must clear away the obstacles with which human folly has recently encumbered our path and release the creative energy of individuals. We must create conditions favourable to progress rather than “planning progress.”… The guiding […]