A new book on an old subject crossed my path recently— “The Man Who Broke Capitalism: How Jack Welch Gutted the Heartland and Crushed the Soul of Corporate America―and How to Undo His Legacy,” by New York Times reporter David Gelles.

It piqued my interest because I’d had dealings with Welch over the years. And I also wondered: why now? Welch passed away two years ago and stepped down as CEO of GE (GE) in 2001.

You probably know that for years, no CEO rated higher than Welch.

Under his stewardship GE became the most valuable company on the planet — the Apple (AAPL) of its day — and even more than that, Welch was venerated as the ultimate management sage.

Thousands passed through GE’s vaunted Crotonville (NY) leadership institute to learn from chairman Jack and his acolytes. Fortune Magazine, where I worked, named him manager of the century in 1999.

But after Welch stepped down — with a $417 million severance package — GE began to flag, and so too did the legend of Jack.

Gelles takes Welch’s dismantling to another level, saying the man is “on the Mount Rushmore of men who screwed up this country.” Strong stuff, but again, why now?

Yahoo Finance’s Seana Smith and I put that to Gelles in an interview this week on Yahoo Finance Live.

“For the last five years or so I’ve written the Corner Office column at the ‘New York Times,’ where I’ve been able to interview literally hundreds of CEOs about their motivations, their influences, their mentors,” Gelles said. “And time and again, Jack Welch’s name kept coming up. He was living rent free in the minds of CEOs even to this day. And that just sort of bugged me.”

“And then there was the Boeing story,” Gelles said.

“I was part of the team at The New York Times that investigated Boeing for that year after the tragic two crashes of the 737 MAX. It quickly became apparent that, yes, there was an engineering story, here but there was this deeper cultural story.

“And when I saw that, it ultimately led back to Welch. And when I kept hearing Welch come up in my interviews with CEOs today, it became clear that this one man…who took over what was really one of the most influential companies in 1981 at a moment when that company still had unbelievable sway over the US economy, it was through his actions that we could actually understand a lot about the world we live in today.”

I asked Gelles to elaborate about the Boeing (BA) connection.

“Jack Welch, obviously, never worked at Boeing himself. But if you look at the history of Boeing over the past 25 years, you see very clearly the imprint of his leadership, his priorities as delivered through his disciples. Starting in 1997 a series of three CEOs took over Boeing and deliberately changed that company into one that resembled Jack Welch’s GE.

“It started with Harry Stonecipher, who joined the company in 1997 with the merger of McDonnell Douglas. It continued when Jim McNerney took over the company in the early-2000s. And it continues to this day with Dave Calhoun — all three of those men worked directly with Welch at GE. And implicitly — they told me in the case of Calhoun — they were trying to make Boeing a company that resembled Jack Welch’s GE.”

As for my own interactions with Welch, they were mixed. He could be charming and erudite but there were signs of a darker side. Like in the late 1990s when I was interviewing him about Six Sigma, a management process which Welch employed at GE.

“Come on Jack,” I said to him, “Six Sigma isn’t all that. It’s just more management hooey.” Welch shook his head, “Oh Andy, you really are something,” he rasped. “Really something.” And then he went on to defend it. Seemed like normal interview back-and-forth stuff to me. Apparently not. Later that day, a GE public relations person called me up and vehemently cursed me out (F-bombs and S-bombs) for disrespecting Welch. True, that was Welch’s PR person, not him. Still.

In May 2000, we put him on the cover of Fortune being given a hug by then Sun Microsystems CEO Scott McNealy. A GE PR person called us up, mortified. “You’re talking about the most homophobic man on the planet,” they said. Again, that was Welch’s PR person, not him. Still.

Years later I hired Welch to write a column at Fortune, which went fine until October, 2012 when he said that Barack Obama was putting out false employment figures get himself reelected. I thought that was bunk and said so on MSNBC, which caused Welch to quit. All I can say is that if Obama was cooking the Labor Department books, it looks like he did so for the next four years and so too did his successor, Donald Trump.

I know it’s uncouth to speak ill of the dead, but to Gelles’ point, this is a guy whose modus operandi is still emulated. To wit: see David Zaslav, CEO of Warner Bros. Discovery (WBD), who according to this 2017 CNBC article, “credits legendary former GE CEO Jack Welch…with inspiring him as a leader.” One could argue that what Zaslaz often does is drag down programming to its lowest common denominator (highly rated and cheap to make), fire employees and then reward himself handsomely to the tune $247 million last year, and $156 million in 2014.

Welch was all about “power-driven, top-down leadership, command and control,” says Bill George, senior fellow at Harvard Business School and former CEO of Medtronic. “You can’t lead that way today.”

George is talking about shareholder capitalism, of which Welch was the ultimate champion. Today stakeholder capitalism holds sway. George speaks about how Microsoft’s (MSFT) Satya Nadella represents this new paradigm. Nadella is a “learn-it-all” kind of guy instead of a “know-it-all.”

It’s almost impossible to imagine history being unkind to Nadella at this point.

But that’s what many of us thought about Welch 25 years ago.

Fri Jun 17 , 2022
TMZ may collect a share of sales or other compensation from links on this page. Choose Health cuts through all of that and allows you to track your health simply, easily, and affordably. The company sends you a home testing kit. When it arrives, simply prick your finger and send […] 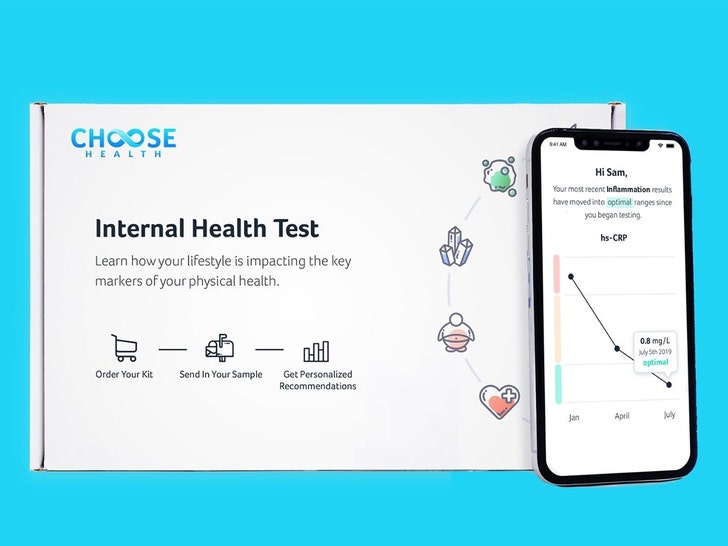