The World Bank leadership must urgently abandon its “Maximising Finance for Development” (MFD) hoax. Instead, it should resume its traditional multilateral development bank role of mobilising funds at minimal cost to finance developing countries. Funding is urgently needed for Covid-19 containment, relief and recovery efforts, to prevent recessions from becoming […]

The World Bank leadership must urgently abandon its “Maximising Finance for Development” (MFD) hoax. Instead, it should resume its traditional multilateral development bank role of mobilising funds at minimal cost to finance developing countries.

Funding is urgently needed for Covid-19 containment, relief and recovery efforts, to prevent recessions from becoming protracted depressions, and to achieve the Sustainable Development Goals (SDGs).

Blended finance and public-private partnerships (PPPs) are its two main instruments for such leveraging without offering evidence that either can, and will, deliver development projects much better than traditional public procurement. Both benefit private finance at the expense of the public interest, particularly by increasing the risks of government contingent liabilities. Increasing such exposure is presented as an unavoidable cost of raising additional finance.

It presumes that most developing countries cannot achieve the SDGs’ Agenda 2030 with their own limited fiscal resources, especially as ODA becomes increasingly scarce.

The MFD approach had mobilised only USD 0.37 of additional private capital for every USD 1 of public money invested in low-income countries (LICs), according to an April 2019 study. Leverage ratios were generally low across sectors, and lowest for LIC and middle-income country (MIC) infrastructure.

Thus, “the big push for blended finance risks skewing ODA away from its core agenda of helping eradicate poverty in the poorest countries”. Others fear that blended finance “will crowd out ODA rather than crowd in private finance.”

Blended finance—”a heady cocktail of public, private and charitable money”, according to The Economist—came into vogue following the 2015 UN Conference on Financing for Development in Addis Ababa. The Economist called it a “honey trap”, noting that blended finance was “floated at all manner of gatherings, from the recent meetings of the IMF and the World Bank to the World Economic Forum (WEF) in Davos”. The WEF claimed that every dollar of public money invested typically attracted USD 1-20 in private investment.

However, as The Economist recently found, “blended finance has struggled to grow. Since 2014, the flow of public and private capital into blended projects and funds has stayed flat at about USD 20bn a year…far off the goal of USD 100bn set by the UN in 2015” for climate investments by 2020. On average, MDBs mobilise less than USD 1 of private capital for every public dollar.

The Economist concluded, “merging public and private money will always be hard, and early hopes may simply have been too starry-eyed. A trillion-dollar market seems well out of reach. Even making it to the hundreds of billions a year may be a stretch.”

An early 2018 World Bank review of regulatory frameworks for procuring PPP infrastructure projects came up with a long list of shortcomings in both developed and developing countries. It found that poor “government capabilities to prepare, procure, and manage such projects constitute an important barrier to attracting private sector investments.” Thus, authorities often failed to consider PPPs’ fiscal implications, risks of opportunistic renegotiations and lack of transparency.

A 2018 European Court of Auditors report recommended that the EU and member states “should not promote a more intensive and widespread use of PPPs until the issues identified in this report are addressed.” It had found “widespread shortcomings and limited benefits, resulting in 1.5 billion euro of inefficient and ineffective spending. In addition, value for money and transparency were widely undermined, particularly by unclear policy and strategy, inadequate analysis, off-balance-sheet recording of PPPs and unbalanced risk-sharing arrangements.”

Likewise, a 2018 UK National Audit Office report noted that it has “been unable to identify a robust evaluation of the actual performance of private finance at a project or programme level.” It also found the costs of one group of PPP projects in education around 40 percent higher than for a project financed by government borrowing.

Similarly, the Australian Auditor-General’s report on private health sector involvements concluded, “It appears governments have embarked on the path of increased privatisation without the benefit of rigorous analysis of the benefits and costs. Individual examples of privatisation have highlighted many problems which have resulted in costs rather than savings to the public purse.”

A more recent study concluded, “The mixed public-private funding and provision has had a deleterious effect on the Australian hospital system”. Clearly, PPPs have been much abused, even in developed countries with presumably better regulatory, governance and oversight capacities and capabilities than in most developing countries.

In October 2017, ahead of the World Bank Group annual meeting, 152 organisations from 45 countries issued a manifesto opposing “the dangerous rush to promote expensive and high-risk public-private partnerships (PPPs)”. It pointed out that the “experience of PPPs has been overwhelmingly negative and very few PPPs have delivered results in the public interest.”

The World Bank’s Public Private Partnership in Infrastructure Resource Centre (PPPIRC) has identified ten important risks of PPPs, such as “development, bidding and ongoing costs in PPP projects are likely to be greater than for traditional government procurement processes”.

The PPPIRC warned that “the cost has to be borne either by the customers or the government through subsidies”, and that the “private sector will do what it is paid to do and no more than that”.

Thus, there are serious doubts about the extent to which governments can count on the private sector to support sustainable development. Yet the Bank claims, unambiguously, that “PPPs are increasingly recognised as a valuable development tool by governments, firms, donors, civil society, and the public.”

Thu Oct 1 , 2020
If you are looking for the best ideas for your portfolio you may want to consider some of RiverPark Advisors top stock picks. RiverPark Advisors, an investment management firm, is bullish on Cabot Oil & Gas Corp (NYSE:COG) stock. In its Q2 2019 investor letter – you can download a […] 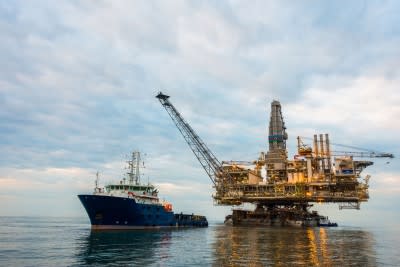